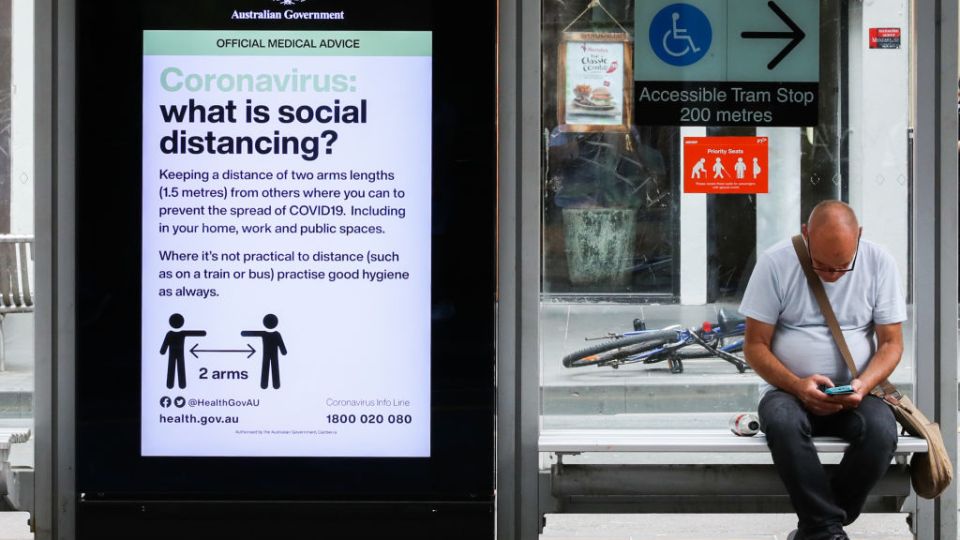 What's the go with riding public transport during the coronavirus? Photo: Getty

Public transport use in New South Wales has plummeted by almost 50 per cent in the past fortnight, and numbers are way down in Victoria, as people stay home amid Australia’s coronavirus shutdown.

On Sunday, Prime Minister Scott Morrison instructed all Australians to avoid any non-essential travel within the country, including on public transport, to stem the curve of cases.

But  under the national guidelines, travel to school, work and to shops to buy staples are all considered essential, as is travel on compassionate grounds, or in the case of emergencies.

Here’s what you should know if you have to catch public transport.

Should I keep using public transport?

NSW Health said there was “no recommendation to stop using public transport at this time”.

But it advised to travel outside peak hours to avoid coming within 1.5 metres of other people at all times.

Infectious diseases epidemiologist Meru Sheel said this meant staying at least two seats away from other commuters, to distance yourself from any infected droplets (like a cough or sneeze).

However if you are feeling unwell, health authorities said you must not use public transport, and stay home to watch out for symptoms including difficulty breathing, fatigue, fever and a cough.

In Victoria, the Department of Transport said there are plenty of services running for those who need to catch public transport.

“We’ve got literally thousands of train drivers, tram drivers and bus drivers out there running a full normal timetable at this time,” said Head of Transport Services, Jeroen Weimar.

Overall, however, Dr Sheel advised all those who do not need to be on transport – like those travelling for leisure or holidays – to avoid catching it.

“In line with principles of social distancing, I think it’s important to minimise our time outside and reducing the number of people we interact with,” she said.

“So if going outside or public transport can be avoided, then we all must reconsider. We all must play a part in this.”

Transport for NSW secretary Rodd Staples said cleaning on trains, buses and ferries had increased, and that his organisation had ramped up messaging about personal hygiene across the network.

There are now signs on buses advising people where to stand, for example.

He said commuter numbers nearly halving in two weeks has allowed for sufficient space for customers to social distance.

“This week, NSW TrainLink regional rail and coach customers will be booked in a way to maximise social distancing where possible,” Mr Staples said.

In Victoria, Mr Weimar said every train, tram and bus would get additional deep cleaning regime each evening.

The extra cleaning will focus on all contact points, including doors and poles, and “top up” cleaning would be done during the day – though health authorities said commuters should minimise contact with surfaces as much as possible.

Dr Sheel said this is because COVID-19 fomites can survive and remain infectious on different surfaces, similar to viruses like SARS and MERS.

To reduce your risk of infection, Dr Sheel said commuters could use an alcohol-based sanitiser as soon as the commute is over.

Will public transport be shut down?

Some countries have seen public transport shutdowns, including in Wuhan, China – the source of the COVID-19 outbreak – and in India, where the central rail service shut down as more than a billion people went into a 21-day lockdown.

Elsewhere, commuters in New Zealand may have to present identification to prove they are essential workers on public transport, while in London, 40 stations have been closed, as well as the populous Waterloo and City lines.

In NSW, Mr Staples did not indicate public transport would be shut down, and stressed that “our network remains a critical part in keeping essential services running”.

“While we support government advice to avoid non-essential travel, it is clear we must ensure our network remains safe and viable for the efforts going into containing coronavirus,” he said.

But he said “it is clearly not business as usual at the moment”.

In Victoria, Mr Weimar said the plan is to continue to keep running a full timetable of services so that essential workers “still make the important journeys they need to keep the rest of us going”.

“We’ve seen a really big drop in normal patronage, as we think people are listening to the advice from the Department of Health and only making those journeys that are really important to them,” Mr Weimar said.

Coronavirus: How safe is it to catch public transport in a pandemic?