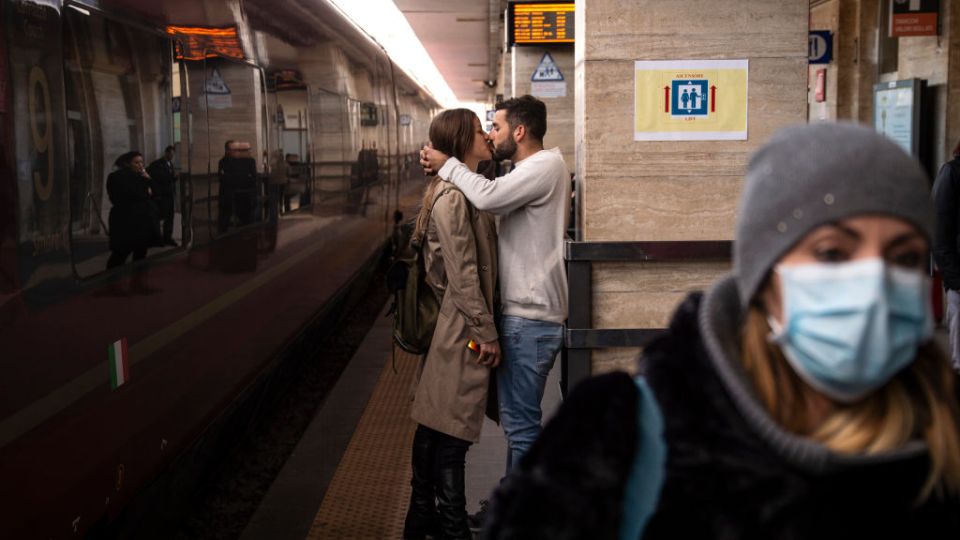 Some coronavirus restrictions in Italy are slowly being lifted. Photo: Getty

A growing number of countries are following China’s lead and moving to ease tough lockdown restrictions aimed at fighting the coronavirus.

Among them are Spain and Italy, which have suffered some of the highest death rates in the world from the disease.

It comes two weeks after China partially lifted restrictions in Wuhan, where the deadly virus emerged in December.

Although moves to peel back restrictions in hard-hit countries may signal some progress toward eliminating the virus, we are not out of the woods yet.

On Tuesday, World Health Organisation chief Director-General Tedros Adhanom Ghebreyesu warned: “Trust us … the worst is yet ahead of us”.

Many of the rules that have been imposed in Europe are far stricter than what we have in Australia, and easing them will be gradual.

A step wrong could result in a second spike like in Singapore or Japan.

In Spain, more than 21,000 people have died from COVID-19 – the third highest number of fatalities behind the United States and Italy.

On April 14, construction and factory workers were allowed to go back to work.

In the capital, Madrid, about 300,000 non-essential workers returned to work this week.

On Saturday, Health Minister Salvador Illa announced that children would be allowed to go outside for walks from April 27 for the first time since lockdown began in mid-March.

Public anger had been growing over the tough restrictions on children, with many accusing the government of unfairly punishing them.

Across Madrid, people banged on pots and pans from their balconies in protest.

Children will also soon be allowed to accompany their parents on trips to the supermarket or pharmacy.

However, exercise remains banned and outings for non-essential workers are limited to buying food, medical supplies or walking dogs briefly.

The lockdown has been extended until May 9.

More than 24,500 people have died from the coronavirus in Italy.

In some regions, businesses like bookshops and laundries were allowed to reopen on April 14.

Clothing shops for babies and small children will also reopen in some areas, but there will be limits on the number of shoppers allowed inside at a time.

Outdoor exercise will be permitted as long as people wear a mask and gloves.

But not everyone is allowed to enjoy these new freedoms.

In some of the worst-hit parts of Italy’s north, where hospitals have been overwhelmed by patients and dead bodies, cities will remain in full lockdown.

Schools will begin to reopen on May 4.

A two-person limit on gatherings remains in place and sports stadiums and concert halls will remain closed until August 31.

In Israel, where the unemployment rate is more than 26 per cent and the death rate is relatively low, some businesses will be allowed to reopen, including laundries, bookshops and office supply stores.

In Denmark, children up to the age of 11 are returning to childcare centres, kindergartens and primary schools.

From next week, New Zealand will reduce its coronavirus restrictions from a level four to level three, where they will remain for at least another fortnight.

Level three will allow for schools to reopen, more businesses to function, and for restaurants to reopen for delivery services only.

On Monday, workers in key sectors like agriculture, manufacturing and construction were allowed to return to work in India.

For everyone else, the country’s national lockdown has been extended until May 3.

Countries hit hard by the coronavirus are moving to ease restrictions