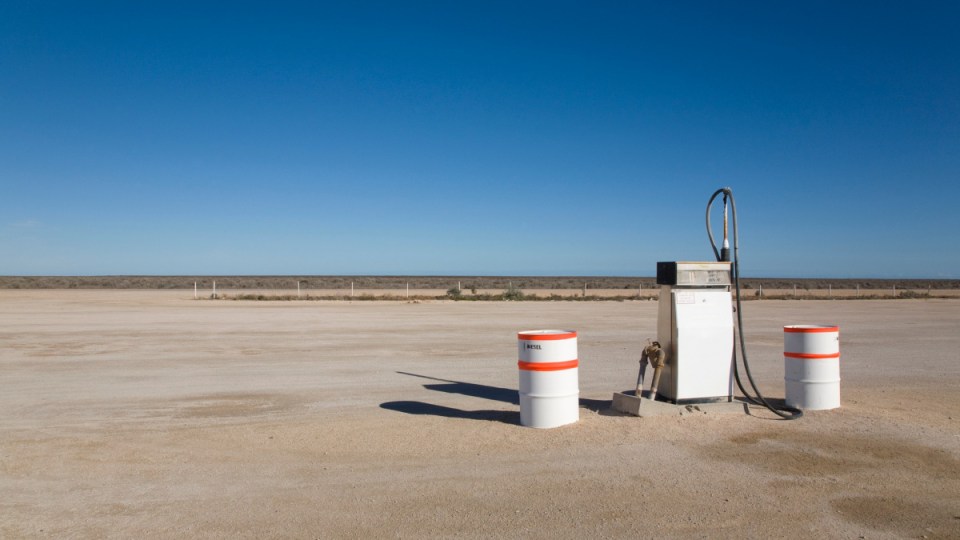 The Morrison government has moved to capitalise on low oil prices by establishing a national fuel reserve in the United States.

The consumer watchdog has ordered petrol retailers to pass on the full benefit of record low oil prices to motorists, warning them against using coronavirus as an excuse to extend their booming profits.

ACCC boss Rod Sims advised motorists to shop around for the best price and send a “strong message” to petrol stations that are yet to pass on the price decreases.

The call comes after a new report found profit in the sector is at its highest level in more than a decade.

The COVID-19 pandemic has heavily dampened demand for fuel and sent global oil markets into turmoil, with a supply glut driving crude oil prices into the negative for the first time, trading as low as negative $US40 ($63).

Since the beginning of the year, overall crude oil prices have fallen by $US50 per barrel.

Australia is exploiting the market tumult to establish a strategic fuel reserve, which will safeguard supplies in times of crisis, with the federal government seizing on record low oil prices.

Energy Minister Angus Taylor said the reserve would initially be located in the US.

Australia doesn’t yet have the capacity to store the fuel, and the government wants to take advantage of the historically low fuel prices.

“In the event there is a global disruption that slows fuel supplies moving around the world, we will get access to the fuel we need to keep our country going,” Mr Taylor said on Wednesday.

The government will spend $94 million to kickstart the strategic reserve, which is designed to lower Australia’s exposure major supply chain disruptions.

“Now is the time to get in and start building the strategic fuel reserve,” Mr Taylor said.

“We now have the historically low prices that allows us to do this and to do it in a way which is attractive for the taxpayer.”

Discussions between the government and private sector are ongoing about building more storage capacity to house the fuel reserve in Australia.

When quizzed about how many days of fuel were available on Australian soil, Mr Taylor said it was “typically 20 to 30”.

“Those numbers have gone up in recent times. And we would like those numbers to be higher. Now is the time to get in and start building the strategic fuel reserve,” he said.

“It’s been talked about for many years. We now have the historically low prices that allows us to do this and to do it in a way which is attractive for the taxpayer.”

“I signed an agreement with the United States to access their reserves, simply because we don’t have the storage space here in Australia right now,” he said.

It is estimated the cost of building more storage in Australia could be in the billions.