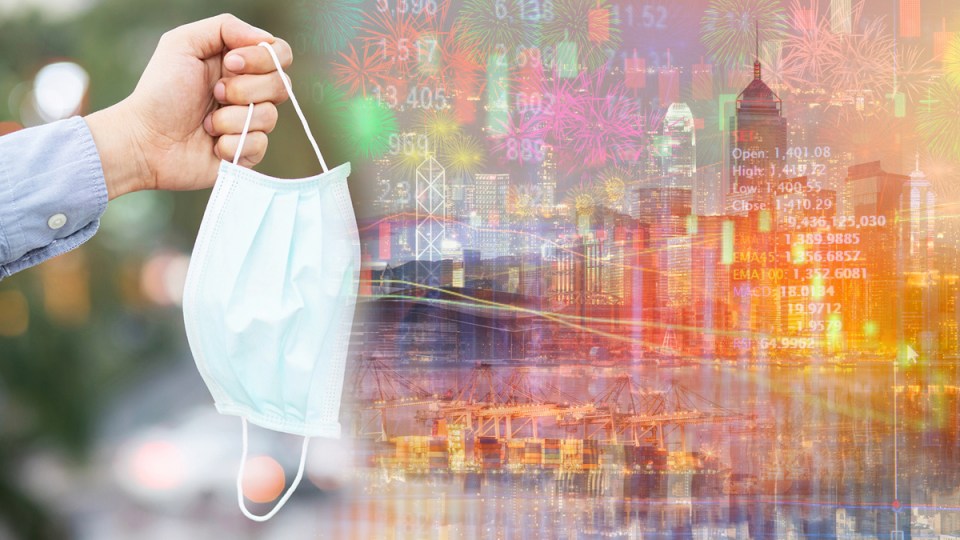 Top economists say the implications of easing social distancing restrictions too early could be disastrous for the economy. Photo: TND

New figures from the Grattan Institute suggest social distancing rules could mean up to one in three Australians – 3.6 million people –  will lose work in the weeks to come.

But leading economists are urging Prime Minister Scott Morrison to continue shutdown restrictions, warning “a second-wave outbreak” would be even worse for our future job prospects.

It follows growing calls to lift restrictions on individuals and to get businesses back up and running as the national coronavirus infection rate slows.

In an open letter, signed by more than 100 experts by Monday morning, economists have slammed the view that there is a “trade-off between the public health and economic aspects of the crisis”.

“We cannot have a functioning economy unless we first comprehensively address the public health crisis,” the letter states.

“We recognise that the measures taken to date have come at a cost to economic activity and jobs, but believe these are far outweighed by the lives saved and the avoided economic damage due to an unmitigated contagion.

“We believe that strong fiscal measures are a much better way to offset these economic costs than prematurely loosening restrictions.”

In a new report released early Monday morning, the Grattan Institute also called for fiscal stimulus policies to get Australians back into shops at the end of the pandemic.

“Failing to provide that support will condemn many Australians to a long and deep recession, harming their long-term economic potential.”

The institute has calculated that between 17 and 28 per cent of Australians could lose work in the coming weeks “if they aren’t already”.

It points to social distancing rules being the reason for the dire prediction, with the worst hit workers expected to be those that usually need to come into close contact with others.

Higher income earners, and people in industries that can easily allow people to work remotely, will not feel the pain as much.

The situation looks most bleak for hospitality workers, with the institute predicting more than half of all cafe and restaurant staff to be out of work.

Many workers in the education and training, retail and real estate sectors are also at risk.

“Younger Australians, people on low-incomes and women are likely to be the hardest hit because they are more likely to be employed in the occupations and industries most affected by the response to COVID-19,” the institute said.

On the up side, “the Commonwealth Government’s new JobKeeper wage subsidy will obscure much of the impact”.

“Nonetheless, we expect the unemployment rate will rise to between 10 and 16 per cent.”

University of New South Wales economics professor Richard Holden, who co-authored the letter, told The New Daily that if we eased restrictions too early and suffered a second-wave outbreak of COVID-19, the public’s confidence in the government would be “shattered”.

“If they say it’s safe to relax ‘X’ then it turns out it wasn’t, that would lead to a real hit of confidence.”

Professor Holden said if we did suffer a second outbreak, it would squander our efforts to contain the virus and “set us back weeks or months into the whole process”.

If this happens, it’s likely the government will respond by introducing even harsher social distancing measures for a longer period of time.

Professor Holden said a return to stricter lockdown rules would cause people to spend even less money than they are now so they can save.

He also said business owners would potentially lay off more staff so they can survive the longer, more restrictive lockdown period intended to fight the second wave.

Our unemployment rate would climb and the gruelling road to eventual recovery would be slower and longer, he predicted.

Before we can start relaxing lockdown provisions, Professor Holden said we need:

What are other countries doing?

Germany, Israel, Denmark and the United States are all stepping toward relaxing lockdown measures.

But it’s a lot harder than it looks – and a wrong move could result in a second spike like in Singapore.

In Germany, some shops will reopen from Monday, including bookstores, hair salons, department stores, car dealerships and bike shops.

Schools will begin to reopen on May 4.

Authorities are planning to test the entire German population for antibodies in coming months to find out how far the virus travelled, how deadly it is, and if people are developing immunity to it.

One of the study’s key aims is to discover how many people, including those with no symptoms, have already had the virus.

This will help inform which other restrictions can be lifted.

In Denmark, children up to the age of 11 are returning to childcare centres, kindergartens and primary schools.

In Israel, where the unemployment rate is more than 26 per cent and the death rate is relatively low, some businesses will be allowed to reopen, including laundries, bookstores and office supply stores, but not restaurants, hairdressers or clothing stores.

Meanwhile, US President Donald Trump has outlined a set of guidelines for reopening the economy, but ultimately placed the responsibility on governors to decide when and how to bring their states back to normal.

Of the 22 million Americans left unemployed by the lockdowns, many have taken to the streets to protest against stay-at-home orders outside state and government buildings across the country.

Protesters take to the corner of Main and Walnut in #huntingtonbeach to protest #Coved_19 closures. #coronavirus @ocregister #SocialDistancing pic.twitter.com/3bvV4jKiyx

Mr Trump has repeatedly expressed his desire to see businesses reopen quickly, but public health experts have warned wider testing and contact tracing capabilities must be ramped up before that happens to prevent another major outbreak.