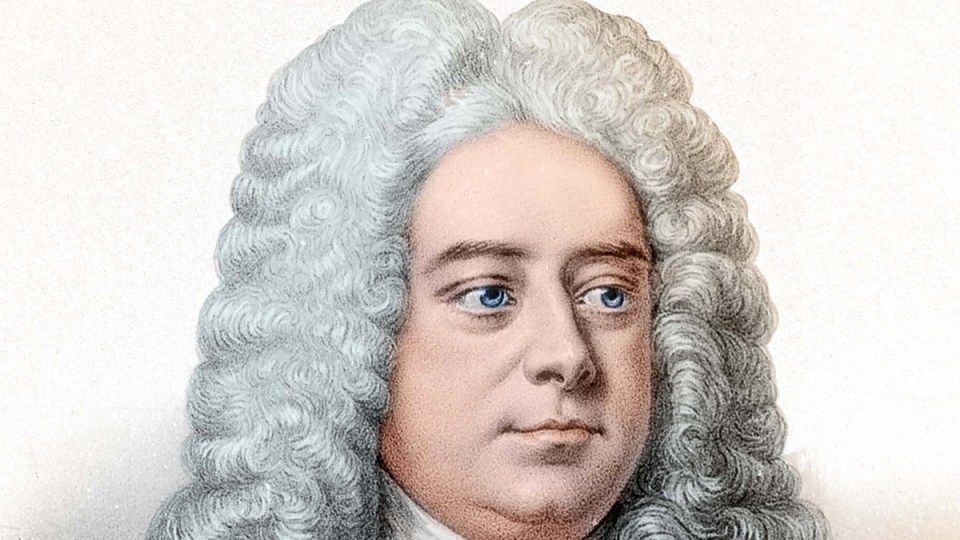 On this day in 1742, the renowned concert piece Messiah by German composer George Frideric Handel was performed for the first time in Dublin.

It is believed King George II (1683-1760) was so moved by the Chorus when he heard it for the first time that he rose to his feet when it was performed.

Obediently, everyone else followed suit and joined him.

From then on, it became a tradition that everyone must stand when the Chorus is performed.

Remarkably, Handel is believed to have composed the enormous concert piece Messiah in just 24 days, beginning on August 22, 1741.

Apparently he was so absorbed in his work that he barely ate or slept.

When servants checked on him, they often found him in tears.

“Hallelujah,” he reportedly told his servant when the masterpiece was finished.

“I did think I did see all Heaven before me, and the great God Himself seated on His throne, with His company of Angels”.

The debut performance of Messiah in Dublin on April 13, 1742 was a knockout success, but it didn’t excite audiences in London the following season.

Handel abandoned performances in London until 1749, when he was invited to perform at a fundraising concert at London’s Foundling Hospital.

At the concert, he played some old and new pieces, including the ‘Hallelujah Chorus’.

The next year he played the entire Messiah oratorio and it became an Easter tradition at the hospital, where earnings from his performance were given to the needy and sick.

Though there are few details of the first performance, reports suggest it was played by a chorus of 16 men, 16 boys, two women, a small string orchestra, a chamber organ and a harpsichord played by Handel.

The ensemble was tiny compared to later performances of the masterpiece, including a London presentation in 1879 on the centenary of Handel’s death, where it was performed by a choir of 2765 accompanied by a 460-piece orchestra.

Ludwig van Beethoven reportedly said of Handel: “He is the greatest composer that ever lived. I would uncover my head and kneel before his tomb”.