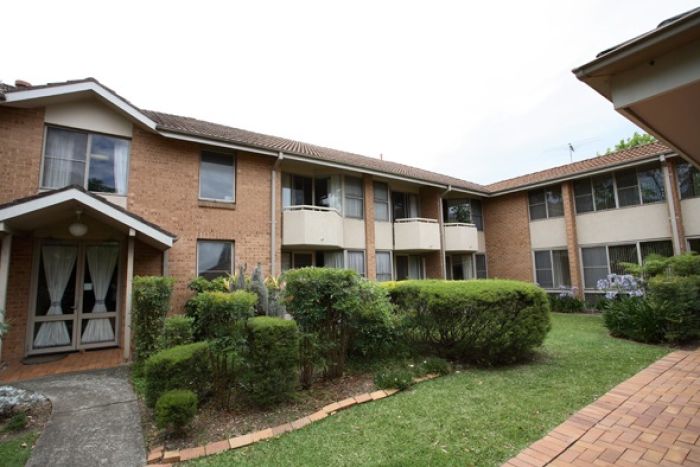 Australia’s coronavirus death toll has risen to 41 after another elderly resident living in aged care died from the coronavirus.

The man had celebrated his 90th birthday at Sydney’s Dorothy Henderson Lodge, a nursing home that has become the site of one of Australia’s most lethal coronavirus outbreaks.

On Monday night it was confirmed that elderly man had died after contracting the virus, the sixth resident from the aged care home to die of COVID-19 and NSW’s 19th death.

The lodge’s chief executive Ross Low said the man’s death was “nothing short of heartbreaking”.

“I have been on the phone this afternoon with the resident’s family, and I grieve with them in their loss. Our residents are not just numbers; they are beloved individuals in our care and the very reason we exist,” he said.

With a total of 21 residents and staff testing positive to coronavirus, Mr Low maintained that all employees were “doing their very best caring for our residents as they would their own family”.

While aged care homes are hotbeds for the flu-like illness, putting already vulnerable elderly at further risk, Australian authorities are also grappling with the emergence of another virus risk site: cruise ships.

So far at least 622 cases of COVID-19 in Australia have been linked to the Ruby Princess cruise ship.

Speaking on ABC’s Q&A on Monday night, Labor’s health spokesman Chris Bowen said the approval granted for the Ruby Princess to dock in Sydney in March was a form of “criminal negligence”.

“…The blame game that’s being played between the Commonwealth, the state and the cruise company is just unbelievable,” Mr Bowen said.

The NSW Police homicide squad is investigating why passengers were allowed to disembark from the ship in Sydney on March 19 despite concerns some might have contracted the coronavirus during the voyage.

“To just ask the cruise company ‘do you have anybody with COVID-19?’ ‘No, we don’t.’ ‘Right you are, off you come.’ [Allowing] 2,000 people into Sydney is just gobsmacking negligence,” Mr Bowen said.

“There has to be a full explanation to the Australian people about how Border Force let that happen. It is just unacceptable.”

On Monday, the Ruby Princess docked in Port Kembla, near Wollongong, where it is expected to remain for 10 days while its 1040 crew members undergo medical assessments, treatment or emergency extractions. About 200 of them have symptoms of the coronavirus.

Former vice-president of the Australian Medical Association Dr Stephen Parnis revealed that heads of medical departments across the nation were flocking to Bunnings stores in desperate search of face masks and other protective medical supplies that are rapidly dwindling.

Speaking on ABC’s Q&A program, Dr Parnis said he has seen first-hand the extent to which medical professionals are running out of personal protective equipment.

It was not enough that healthcare workers relied on overseas supplies because they were at jeopardy.

The general public, therefore, has an important role to play in ensuring personal protective equipment get to frontline staff, he said.

“I spoke to a number of colleagues around the country before coming onto the program and I have to say we’re all very worried about the provision of personal protective equipment,” Dr Parnis said.

“I’ve seen department directors going to Bunnings, I’ve seen people look and hope they might have contacts overseas [for PPE] and it’s probably the number one concern for health workers around the country at the moment.”

His concerns were echoed by GP Vyom Sharma, who repeated what authorities have said in the past about the need to not hoard face masks.

“What people need to understand is that the most important mask is the one that’s going to end up on the faces of healthcare workers and patients,” Dr Sharma said.

“That’s what’s at greatest benefit for society. And what we don’t want is a run on surgical masks occurring, so our frontline workers are left empty.”