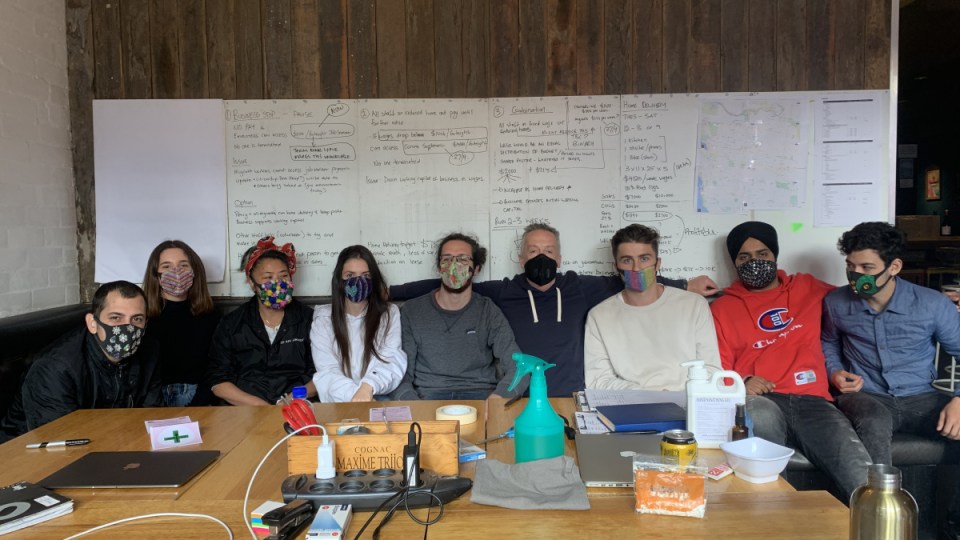 The team at Melbourne burger joint Miss Kuku which has decided to stay open to support its migrant workers. Photo: Paul Kasteel

The Migrant Workers Centre in Victoria has been inundated with nearly 2000 requests for help from temporary visa holders left out of the government’s coronavirus relief packages.

Director Matt Kunkel said foreign workers who have lost their jobs risk ending up on the street if the government continues to deny them financial aid.

“I just don’t know how this government could be so heartless, how it could be so reckless as to know the plight of these workers and explicitly exclude them from the support at this critical juncture,” he told The New Daily.

The government’s latest stimulus package gives businesses struggling to keep staff access to a $1500 fortnightly payment for each worker who is an Australian permanent resident or citizen, or New Zealand citizen living in Australia.

“You still got 1.1 million temporary migrant workers who have very little way of getting home, no job, or they’re losing their jobs in the tens of thousands, and they have no income support,” Mr Kunkel said.

He slammed the Morrison government’s reluctance to expand its range of support measures to include foreign workers.

It’s condemning up to 1.1 million people in this country for debt, disease and destitution.”

In the past 10 days, the Migrant Workers Centre has been inundated with pleas for help from people who have lost their job or had their hours or pay reduced.

Without any help from the government, the best the centre can often do is refer them to food relief organisations and other charities.

“Many of the people that we dealing with here have been in the country for more than seven years. Some of them have kids that were born here. Those kids themselves are considered to be temporary migrants,” Mr Kunkel said.

“It’s very sad to be left behind,” said Fabrizio Venturini, a chef who holds a temporary visa and was let go from his job on Friday.

The 33-year-old migrant from Italy said he will run out of money in one month and is unsure where he will support himself and his wife beyond May.

After seven years in Australia, the couple’s only other option would be to fly back to Italy but given the travel bans and the dire situation there, returning home is impossible.

“I don’t know what’s going to be my options, but what I know is that the federal government … should take care of all its workers … especially during a crisis,” Mr Venturini said.

“What’s going to happen when 1.1 million people are not going to be able anymore to do their groceries?”

Supporting migrants when the government won’t

Manager of Melbourne burger joint Miss Kuku Paul Kasteel said his business is continuing deliveries, but losing money, after the team decided not to shut completely because it would leave migrant workers in the lurch.

Last week, staff had a meeting and it was decided that workers who could access Centrelink payments would stand down to keep its five foreign workers employed.

It was a matter of “looking after the most disadvantaged and at-risk people” given the government was not doing that, especially with its JobKeeper payment, Mr Kasteel said.

He said, “last week, the wage bill was about two and a half thousand dollars and we made $900 in sales before the Uber Eats and Deliveroo have taken their commissions out”.

Immigration lawyer at EY, Wayne Parcell, said unless temporary visa holders are applying for a special discretionary payment, which they may be eligible for from Centrelink, they don’t have access to any government assistance.

“If their salary ceases, if they don’t have any savings, for many of these people who don’t have family in Australia, they’ve really got not much place to go in terms of support.”