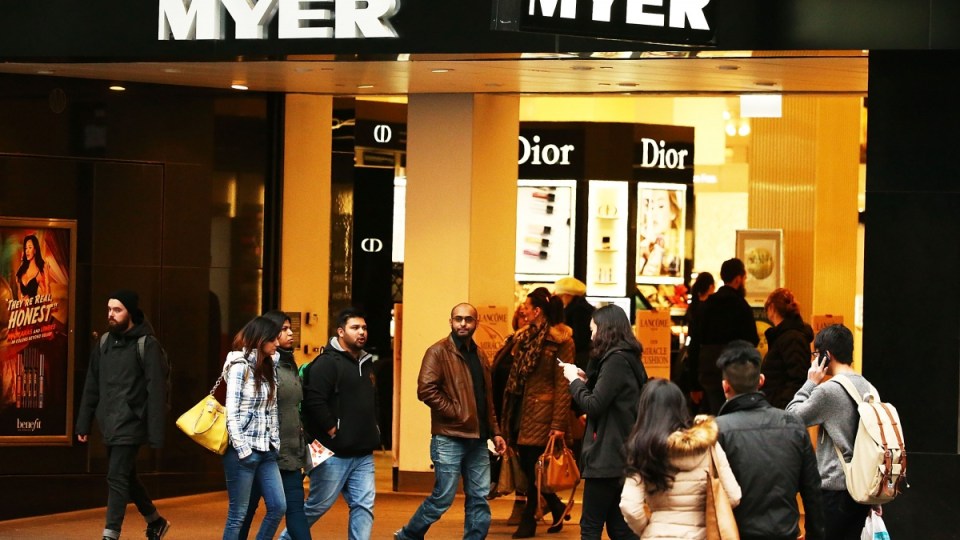 Another 10,000 Australian retail workers are headed for the Centrelink queues after Myer became the latest business to go into “hibernation” because of coronavirus.

The retail giant announced on Friday it would temporarily close all its stores and stand down 10,000 staff without pay, sparking union calls for an urgent rescue package for the sector.

The shutdown for at least four weeks from Sunday was “one of the toughest decisions this company has faced in its 120 years of operation”, said Myer chief executive John King.

It follows outdoor adventure outlet Kathmandu closing all its stores as well as surfwear chain Rip Curl, while outdoor shoe retailer Merrell emailed customers advising that all its stores would be temporarily shut.

The SDA – the union representing retail, fast food and warehouse workers – estimated some 30,000 retail workers had been stood down in the past week and called on the federal government to release a rescue package.

“Myer’s decision makes the situation even more serious and urgent – this is a brand that has not only been a major employer, but a symbol of Australian retail success, for more than a century,” SDA national secretary Gerard Dwyer said.

“How many more major and minor brands – retailers big and small – (will) take unilateral action because the government has left them no choice and the prime minister fails to extend to them what the community expects.”

Prime Minister Scott Morrison said on Friday that details of the plan to effectively cocoon businesses will be announced in the next few days as part of a third stimulus package, which will also include commercial and residential rental assistance.

Mr Morrison said there were some businesses that would have to close their doors and the government wanted them to effectively go into hibernation for six months.

The government has repeatedly baulked at the idea of wage subsidies for workers.

In a statement published to the Australian Stock Exchange on Friday night, Myer said the health and wellbeing of customers, team members, their families and the community was its “absolute priority”.

“We are, therefore, fully supportive of the various measures undertaken by both governments, and their respective agencies, to prevent the spread of COVID-19 through social isolation and distancing measures, including staying at home, wherever possible.”

While its stores are shut, Myer will continue to operate all online business, and full and part-time staff are being given greater flexibility to access annual leave and long service entitlements.

A small group of “business-critical roles” will be maintained, the statement said.

Associate Professor Gary Mortimer, of Queensland University of Technology, warned that many retailers that were already suffering before the pandemic may not survive.

“It’s become inevitable that we will see retail as we know it grind to a sudden halt as more and more operators shutter store,” Professor Mortimer told The New Daily.

“Many apparel, footwear and accessories retailers, already weakened by limited discretionary spending, may not survive this challenging period.

“Ultimately, we will see shopping centres close temporarily as many tenants, including anchor tenants like Myer, close their doors.

“In the first few weeks of 2020, we had several major brands fall into voluntary administration, like Curious Planet, Jeans West and Bardot. This was before the impact of COVID-10 restrictions.”

Coronavirus: Myer to close all stores for a month and lay off 10,000 staff