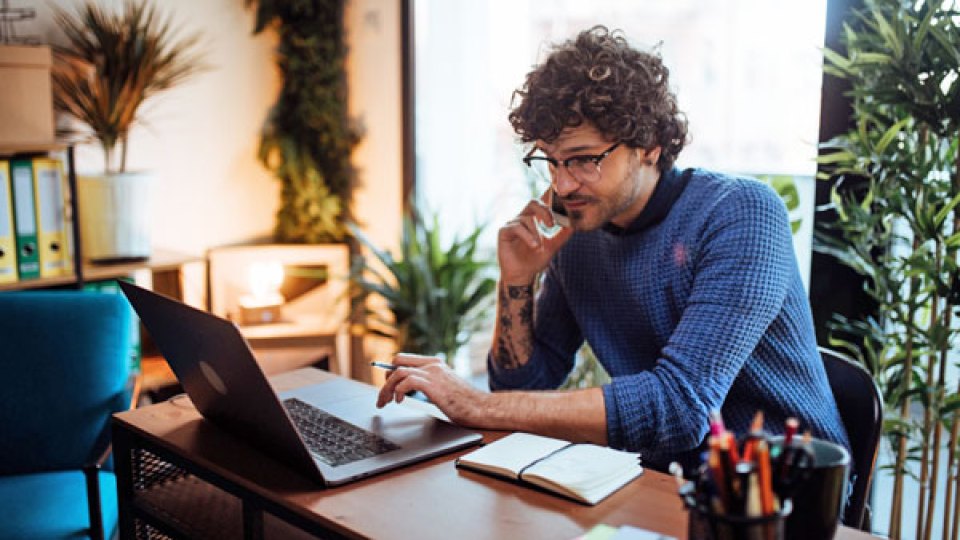 Some Australians are choosing to work from home to try to limit the spread of coronavirus. Photo: Getty

As the number of coronavirus cases climb around Australia, health authorities are urging us to practise social distancing to limit the spread of the deadly disease.

Handshakes have been banned, and we are no longer allowed to attend events of more than 500 people.

But what else are we banned from doing?

Can we still go to the pub or the cinema? What about the gym?

What is social distancing?

Social distancing is a public health practice that aims to prevent sick people from coming into close contact with others to slow down the spread of a disease.

It also intends to reduce the chance of high-risk groups, such as the elderly, from becoming infected, and to alleviate the burden on our health care systems and workers.

Measures can include cancelling group events like rock concerts and sporting matches, as well as closing down public spaces like schools and universities.

The best part? It works.

In China’s Hubei province, where the virus broke out in December, health authorities quickly introduced tough travel restrictions and bans on large gatherings.

The move contributed to a much lower rate of infection compared to other countries like Iran and Italy where the governments were slower to respond.

Public health experts have described the success of social distancing as “flattening the curve” because it prevents surges in illness that could overwhelm health care systems.

Fortunately, it’s not too late for us to curb the damage in Australia – but only if everyone plays their part.

What are the social distancing rules in Australia?

From Monday, all Australians will be banned from attending ‘organised, non-essential gatherings’ of more than 500 people.

That means no more sporting matches, no theatre shows and no music festivals.

The rule does not apply to schools, universities or public transport yet.

In the meantime, we must also aim to stand at least 1.5 metres apart when possible.

That means keeping your distance when you go grocery shopping and being mindful of other people in public places like the pub.

It is also important to stay away from aged-care residences if possible, as elderly people are particularly vulnerable to the virus.

Even if you don’t feel sick, you need to stick to the rules: There have been cases of people who haven’t felt any symptoms of COVID-19 who have unwittingly spread the virus to another person.

I have Osteogenesis Imperfecta, which restricts my breathing. I have scarring in my lungs from frequent bouts of pneumonia. I also have heart arrhythmia when I have fevers. I am #HighRiskCovid19. Think abt me when you break #SocialDistancing. pic.twitter.com/3N05zPE4Ke

In Melbourne, people have been spotted greeting each other with their elbows instead of handshakes or hugs as a precaution.

On Sunday morning, federal health minister Greg Hunt and chief medical officer Brendan Murphy told ABC’s Insiders that Australians who have not recently returned from overseas, nor been in contact with a confirmed case, could still take public transport, visit the gym or go to the cinemas.

But that advice looks likely to change.

“As the situation evolves, every day we meet as the experts for two or three hours and we’re looking at the case numbers (and) the evidence,” Professor Murphy told the ABC on Sunday.

“The epidemiology is evolving, but as the case numbers increase we’re likely recommending increased numbers of social distancing.”

“Everything is up for consideration,” he said.

Who needs to practise social distancing?

Previously, it was only Australian travellers returning from non-high risk countries who had to practise social distancing for two weeks.

But now we all have to do it.

On Sunday, Prime Minister Scott Morrison introduced a new rule that all Australians returning home from overseas – even from countries where the virus hasn’t spread far – must now go a step further than social distancing and self-isolate for 14 days.

Please view the latest advice on how you can help stop the spread of coronavirus.

Have you recently travelled overseas? Know your risk, monitor your health and call your doctor ahead of time. pic.twitter.com/lUCzJRUC0m

Self-isolation means you should stay inside and keep away from other people.

Short walks around the block at night time are OK, as long as you don’t stop and chat to anyone.

If you share a house with other people, wear a mask when you’re around them and wash your hands regularly.

If you live with a partner, you need to sleep in a separate bedroom.

If you feel symptoms of the virus, which include a sore throat, fever and chills, call your doctor or the national hotline on 1800 020 080.

Do not visit your doctor without calling ahead first.

They need to know you are coming in advance.

Social distancing will help us curb coronavirus: Here’s what to do