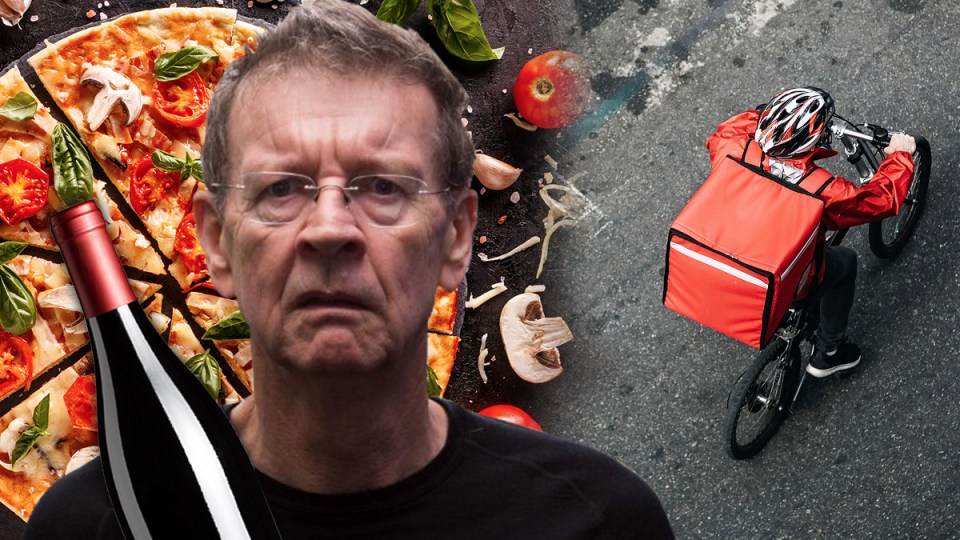 The streets seem to be full of cars with a single passenger.

If you conjure up a sequence of images from the turning of the first sod of iron ore, somewhere in the distant desert of Western Australia, then ship it around the world in order to mould it into a car, it seems like a lot of effort for a small return.

My lightbulb moment was to put a paying passenger into the car alongside the driver.

Since the driver can provide his own car, insurance, petrol, holiday pay, sick leave and superannuation, then all I have to do is make the introductions.

I have noticed guides showing tourists around the city. The guide is the one leading the group and holding an identifying flag. I considered this as a way of connecting drivers and passengers like a proxy hitch-hiker flagging down cars.

It occurred to me, however, that an app on a phone could do the introductions.

I don’t even have to be there.

I just skim off a bit of cream for the service everyone else is providing.

All that’s left to figure out is a name for the company.

Perhaps something German sounding, implying efficiency, order and a hint of sternness.

Part of the beauty of this plan is to make every driver and car owner a self-determining entrepreneur. Each of them is in charge of their own destiny and car and insurance, petrol, holiday pay, sick leave and superannuation.

You may think that my part of the job is easy but my vision includes a public offering of shares underwritten by a brace of major banks.

Try going into a bank and convincing them to invest in something that loses 11 per cent of its assumed value on the first day of trading.

It doesn’t look good on paper but it prepares them for the loss of a billion dollars in the first quarter and five billion in the second.

You just have to convince them that it will come good at the end of next year.

When the plane’s in a steep descent, you don’t turn off the seat belt sign.

When in doubt, expand.

It can be enormously draining to get into a car to get fast food.

Yes, it has already been cooked and good-to-go when you arrive.

Yes, there’s no waiting but, when commercials interrupt a program, there’s not enough time to dash to the drive-through before the program starts again.

With SchmerzEats, we do the hard yards of getting off the couch and talking to strangers.

Just as a bottle of wine should be decanted to oxygenate, so food can be improved by “resting” in a plastic bag whilst travelling for half an hour.

The beauty of SchmerzEats is that it costs nothing.

You, the customer, pay the same price as is on the menu.

The deliverer and I simply take a third of the price from the restaurant, not you.

No doubt the restaurant is grateful since, without any customers cluttering the floor, they can concentrate on doing what they love, cooking rather than serving.

I foresee a time when the tables and chairs and cutlery can be done away with entirely and they can just install kitchens in containers on abandoned building sites.

To launch this Schmerz division I shall enlist local celebrities to pose on the couch eating Schmerz.

They may have different tastes or even allergies whereby they would not eat a doughnut but throw enough money at them and they will smile obediently.

With modern video techniques you could pair people who neither know nor like each other. They still look like they’re sharing a couch.

When in greater doubt, expand further.

I suspect there’s bigger margin for the deliverer if he’s riding a bike so it makes sense to rent them a SchmerzBike to do the delivery.

I’ll do the hard work of borrowing the money from the banks.

My final stroke of genius is thus.

The deliverer will know what food he has taken to which location so it’s a simple matter to return an hour later to collect SchmerzLeftovers.

This could be a bit tricky to on-sell at first.

Not everything is as delicious as cold pizza.

I shall trial this strategy by offering ScmerzLeftovers to the delivery person.

The discount on the meal will be an incentive in itself.

Remember, these people are economic migrants and I’m offering them the chance to find their feet and see the sights.

Red Symons wants his slice of the cold-pizza economy