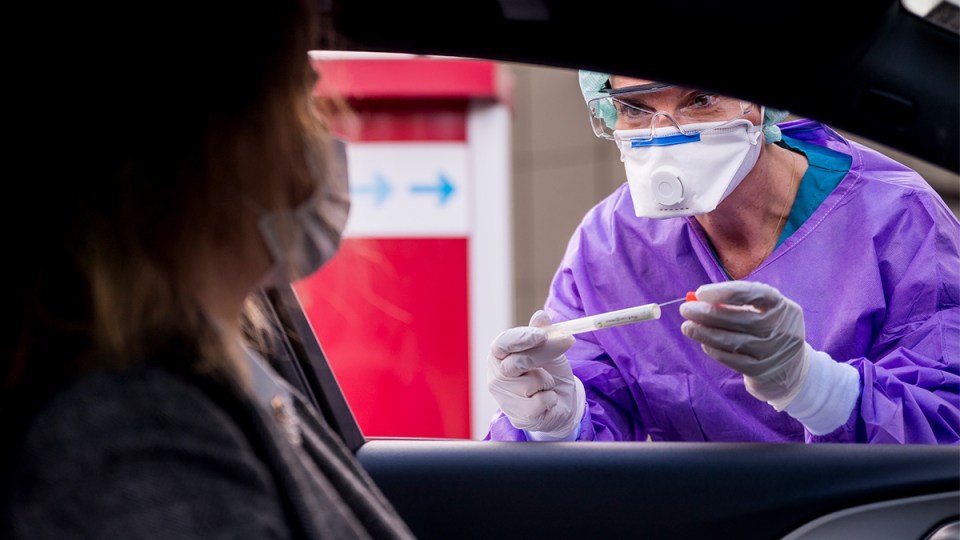 Drive-through coronavirus testing clinics are popping up at health centres around the nation, Photo: Getty

Drive-through COVID-19 testing facilities are rolling out at hospitals and medical centres around Australia to help fast-track testing of people who think they may have contracted the virus.

Pop-up clinics have already opened in Melbourne and Adelaide this week.

The Repatriation Hospital in Adelaide’s south is expected to be able to receive a patient every 20 minutes once fully operational.

At the hospital’s testing site, which officially opened on Tuesday, patients who have a referral from their GP will be able to drive by, wind down their windows and have test swabs taken.

The push for new ways to quickly and safely test patients follows concerns from medical practitioners who have accused authorities of not doing enough to support GPs at the frontline.

Many GPs have complained about a lack of protective equipment like medical-grade face masks, while others have criticised the government for delivering conflicting advice about how to manage the outbreak.

This is the total PPE gear that I have managed to secure to keep my GP's, staff and myself safe. This is not ok! My GP's and I are at the frontline of #coronavirusaustralia and we deserve the @healthgovau to support us as we look after our community @RACGP @AusDocGroup pic.twitter.com/UiEu3Bn16N

Professor Danielle Mazza, a professor in general practice at Monash University, praised the concept of drive-through coronavirus test centres on Twitter, saying it took her staff an hour to process one patient requesting a test.

an excellent suggestion, it took staff in my clinic an hour to process a patient requesting testing yesterday, enormously disruptive to other patients and the whole clinic @RACGP @RACGPPresident @AMAGenPractice

In a letter to Australia’s doctors on Monday, chief medical officer Brendan Murphy said the government was “actively developing” dedicated COVID-19 respiratory clinics around the nation to fast-track testing of suspected cases and help general practices manage the flow of cases.

What are other countries doing to test people?

For inspiration on how to quickly test as many people as we can, we need to look to South Korea.

Since announcing its first case of coronavirus on January 20, the tech-savvy Asian country has tested more than 140,000 people and confirmed more than 7500 cases.

In South Korea, it takes just 10 minutes for a patient to have their swab taken and test results returned.

Aside from the convenience for patients and medical practitioners, one of the best parts about drive-through clinics is that it prevents potentially contagious patients from leaving their cars and infecting other people in hospital waiting rooms.

A growing number of local governments have launched roadside testing facilities to keep up with demand.

South Korean officials say the solution has reduced testing time by a third, keeping the country’s death rate down to around 0.6 per cent.

Germany followed suit on Monday, and drive-through clinics have since begun opening in the United States and the United Kingdom.

In the US city of Washington, a Seattle healthcare system has developed an impressive five-minute drive-through testing clinic for its workers in the hospital car park, NPR reported.

But aside from the quick-thinking response in Washington, the US has largely been lagging behind in managing the outbreak.

Despite announcing its first case of coronavirus on the same day as South Korea, the US – where 27 people have already died – has only tested about 4384 people.

Meanwhile, in the UK, where three people have died of COVID-19, authorities have already tested more than 24,900 people.