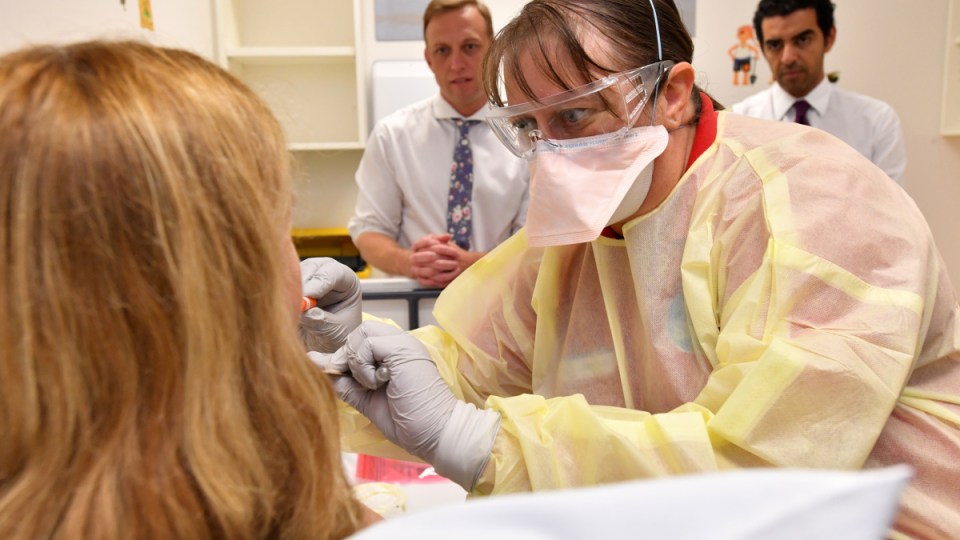 Authorities are concerned that Australians are not taking self-isolation advice seriously after being tested for coronavirus. Photo: AAP

Mounting concern that coronavirus carriers are ignoring self-quarantine measures and attending public events could lead to tighter controls as a third elderly Australian died from the respiratory illness.

The 82-year-old man lived at the Dorothy Henderson Lodge in Sydney’s north where a 95-year-old woman also succumbed to the virus after coming into contact with an infected aged care nurse.

With 76 people in Australia testing positive for the virus so far, and 500 cases still under investigation in NSW alone, authorities have expressed alarm at people defying advice to self-isolate while sick or awaiting test results.

A student in Tasmania, who traveled from Nepal stopping in Singapore and Sydney and tested positive to coronavirus, ignored quarantine and went to two nightspots and to work at the Grand Chancellor Hotel at Constitution Dock on Hobart’s waterfront.

The man, aged in his 20s, worked as a food and beverage attendant on seven shifts at the hotel’s restaurant, went to Cargo restaurant and O Bar between 10pm and 2am on March 6 and spent brief periods in between on Parliament Lawns near Salamanca Place.

A Perth woman aged in her 70s, who traveled from Cuba via London, went to a concert at the Perth Concert Hall on Saturday night and later tested positive. She has now been isolated in her home.

There are fears younger and healthier people who do not experience dramatic symptoms could spread the virus in public which could lead to more deaths of the vulnerable.

It comes as Italy ordered a virtual lockdown across much of its wealthy north, including the financial capital Milan, in a drastic attempt to try to contain the coronavirus outbreak.

The unprecedented restrictions, which aim to limit gatherings and curb movement, will impact some 16 million people and stay in force until April 3.

The new measures say people should not enter or leave Lombardy, Italy’s richest region, as well as 14 provinces in four other regions, including the cities of Venice, Modena, Parma, Piacenza, Reggio Emilia and Rimini.

“We are facing a national emergency. We chose from the beginning to take the line of truth and transparency and now we’re moving with lucidity and courage, with firmness and determination,” Prime Minister Giuseppe Conte said on Sunday (local time).

Nearly 110,000 people worldwide have become infected and another 3799 people have died from the virus, the latest data shows.

Authorities are considering tougher measures to prevent people flouting self-quarantine after the recent cases emerged over the weekend.

A Melbourne GP, the father of singer Missy Higgins, was publicly shamed by the Victorian Health minister for attending work and treating 70 patients while he was unwell.

Victorian Health minister Jenny Mikakos did not bow to pressure to apologise to Dr Higgins who slammed the MP for calling him out even though he had followed the government’s guidelines.

Ms Mikakos instead urged everyone to play their part.

“All of us have a responsibility to do what we can to prevent the spread of this virus.”

The Australian Medical Association urged politicians to step back and let chief medical officer Professor Brendan Murphy be the main voice of the country’s response to avoid confusion.

“I think leadership from the chief medical officer is essential at this time and obviously he can direct and influence the decisions made by the chief health offices in respective states,” Victorian AMA president Julian Rait told a press conference.

“We ask the government to respect the leadership we have and withdraw and not insert themselves into these debates and discussions without adequate knowledge.”

Victoria’s latest confirmed case is a woman aged in her 50s who arrived from Indonesia last Monday and visited Pho Hung Vuong 2 Vietnamese Restaurant in Richmond on Friday. She is now in self-isolation.

In NSW, a Sydney hospital is contacting patients after a man in his 70s who went to the emergency department of St Vincent’s was diagnosed with the coronavirus.

The hospital is getting in touch with patients who may have come into contact with him, the health department said in a statement on Sunday night.

“The source of his infection is under investigation as he has had no recent overseas travel,” NSW Health said.

Dr Higgins, his patients and staff at The Toorak Clinic in Melbourne are now self-isolating, along with two patients he visited at Malvern’s Mecwacare nursing home.

One of two Australian Defence Force members who contracted COVID-19 had flown to a meeting at Defence Headquarters in Canberra before returning a positive test result.

Four Australians remain trapped on board the Grand Princess cruise ship, which was heading from Hawaii to San Francisco but had to dock off the coast of California to undergo quarantine.

The captain has told the more than 3500 passengers that the ship is headed to the port of Oakland.

There are serious concerns COVID-19 could trigger an economic recession in 20 countries.

The Organisation for Economic Cooperation and Development (OECD) this week slashed its forecast for global growth for this year to 2.4 per cent from 2.9 per cent.

It warned that Japan and the 19 European countries that share the euro currency are in danger of recession. Italy may already be there.

Capital Economics expects the Chinese economy to shrink two per cent in the January-March quarter and to grow as little as two per cent for the year.

That would be a disastrous and humiliating comedown for an economy that delivered a sizzling nine per cent average annual growth rate from 2000 through last year.