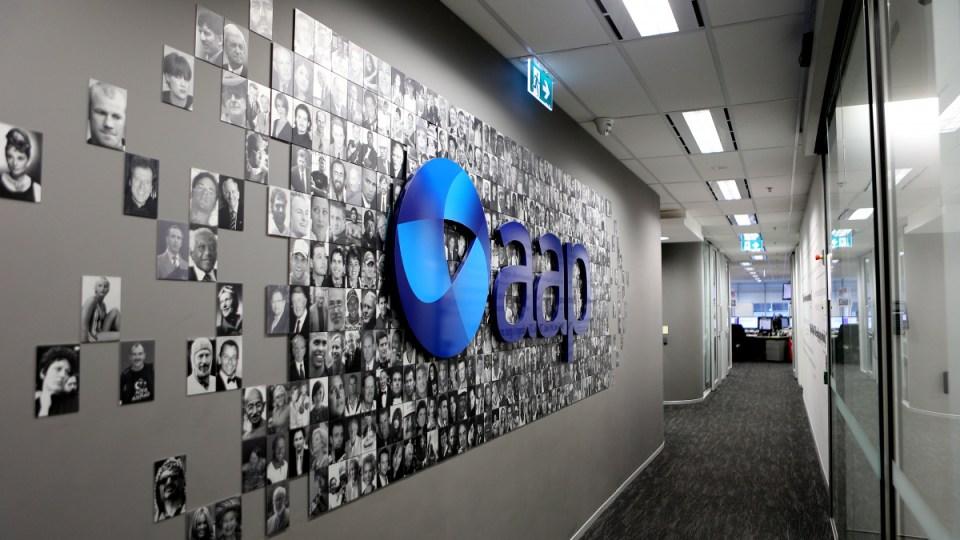 Can anyone else think of a situation when the two biggest players in a market, both of which are listed on the ASX, get together and agree to close a joint venture which is a key supplier to most of their smaller competitors?

Surely this is unacceptable from a public interest and media diversity point of view, particularly in this era of fake news and constantly shrinking newsrooms.

If Scott Morrison and Josh Frydenberg are looking for stimulus ideas for next week, they could do worse than give the ABC some funding to buy AAP.

The closure announcement also appears utterly unacceptable from a competition point of view.

In order to test this, I lodged a formal complaint with the Australian Competition and Consumer Commission (ACCC) last night in the following terms:

News Corporation and Nine Entertainment Company, as the joint controlling shareholders in AAP, have conspired to close the business in order to make life more difficult for their competitors, including the likes of Guardian Australia and The New Daily.

AAP is a wholesale supplier of news, video and pictures which is pivotal for smaller media outlets. News Corp and Nine are the two biggest Australian media companies and have the resources to survive without AAP services. Smaller competitors do not have this luxury.

Media reports have stated that News Corp and Nine are sick of subsidising their competitors.

#AAP gave me the best possible grounding in journalism & has served as a vital part of our democracy. My thoughts are with all those affected. Questions are rightly being asked as to whether this was inevitable or a result of missed opportunities to keep AAP afloat. #SupportAAP

If that is the case, they should be required by the ACCC to offer the business for sale to a third party, such as the ABC, the Judith Neilson Institute or international wire services such as AFP or the Associated Press (AP).

When News Corp sold the NRL franchise Melbourne Storm, it offered more than $10 million in ongoing subsidies to the new owners to keep it going.

News Corp and Nine should be required by the ACCC to disclose AAP’s ongoing operating losses and the closures costs they anticipate meeting in June this year.

They should be required to offer the business for sale to try and achieve a better exit outcome for their shareholders.

I’m seeking a declaration by the ACCC that News Corp and Nine have colluded in an attempt to reduce competition in the media market and a requirement that they offer the business for sale to independent third parties before closing it in June.

The lack of public or industry consultation ahead of the closure decision is just staggering. Surely News Corp and Nine should have first released the financial results of AAP and publicly declared that the business was under review with a view to either selling or closing it.

The four different shareholders – Seven West Media and Antony Catalano’s Australian Community Media also own small stakes – should have then been given an opportunity to take each other out.

If they all wanted to sell or close it down then the business should have been offered for sale, including to the ABC, which is an obvious buyer.

And please don’t buy this line that AAP has long been a burden for the major players. It used to be a commercial powerhouse. Remember when it launched the telco AAPT in 1991 which was later floated on the ASX in November 1997 raising $76 million in fresh capital at the price of $1.85.

AAP Information Services, the News Corp- and Fairfax-controlled joint venture, retained a 37.3 per cent stake in AAPT after the float. When Telecom New Zealand went over the top two years later offering $5 a share or $1.5 billion for AAPT in late 1999, it delivered a windfall of $264 million to AAP, as Fairfax disclosed in this announcement at the time.

A responsible government working in the public interest would buy #AAP and integrate its staff and expertise into the ABC. If only we had one.

TPG later bought all of Telecom New Zealand’s Australian operations for $450 million in 2013, so News Corp and Fairfax clearly sold at the top and profited handsomely from AAP’s telecommunications adventure in the 1990s.

There has been much written about the demise of AAP, including important pieces in Guardian Australia and The New Daily. The old Fairfax papers have tried to be impartial, but News Corp journalists have predictably towed the company line.

News Corp executive Campbell Reid has been making the public running on the closure as the current chairman of AAP, but we’re yet to hear from any of the minority shareholders or from Nine, which surely can’t be comfortable lining up with News Corp for a devastating jobs massacre like this.

Given that Rupert’s father, Sir Keith Murdoch, was a pivotal player in the establishment of AAP 85 years ago, it is remarkable that the wider Murdoch family are sitting back and copping such a brutal decision which must have been signed off by News Corp’s co-chairs, Rupert and Lachlan Murdoch.

After the Fox Entertainment sale to Disney, the wider Murdoch family are worth almost $30 billion. Keeping AAP going as a legacy to Sir Keith would be a drop in the bucket, but there’s seemingly no place for sentiment when it comes to a business which helps News Corp’s competitors.

That means it’s over to the ACCC to intervene, just like the way they blocked the $1.45 billion takeover bid for AAPT by Cable & Wireless Optus in May 1999.

Stephen Mayne is the founder of Crikey and a shareholder activist.