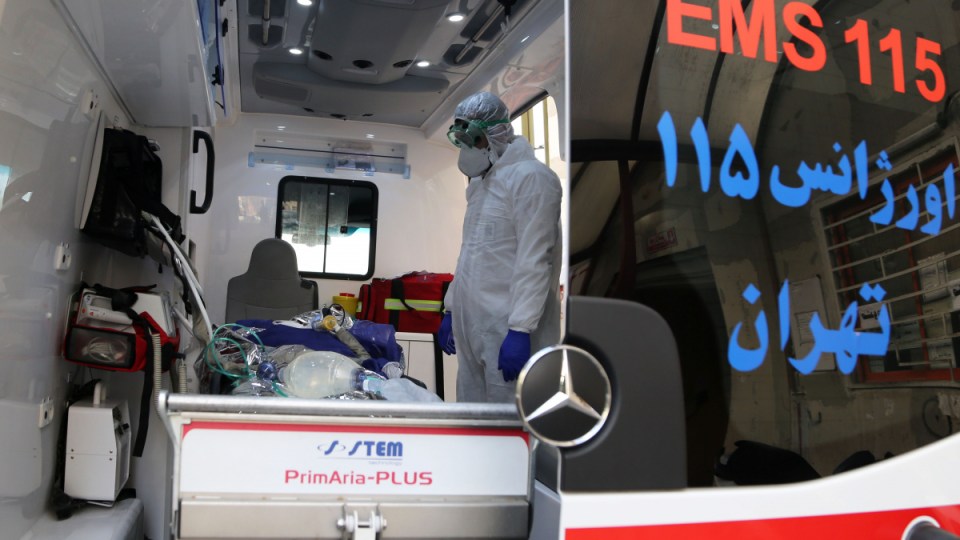 Ambulance staff take a patient to a hospital in Tehran. Photo: Getty

Australia’s health department may advise members of the Iranian community to avoid local Iranian New Year’s Celebrations due to the coronavirus.

The likely advice comes as authorities urge anyone who has returned to Australia from Iran since February 19 to self-isolate at home for 14 days.

The nation’s chief medical officer told a Senate estimates hearing in Canberra on Wednesday the government wasn’t yet looking to advise the general public to avoid large public gatherings.

“The Iranian New Year’s celebrations are coming up in a few weeks; we are considering making a recommendation to that community because of its high risk,” Dr Brendan Murphy said.

Meanwhile, Health Minister Greg Hunt is urging anyone who has arrived in Australia from Iran after February 19 to self-isolate in their own homes due to fears of coronavirus.

Mr Hunt said the updated measures were the result of Prime Minister Scott Morrison’s request for a review of travel restrictions and other protocols.

The new warning follows the emergence of eight Australian cases of the virus believed to be contracted from people who had directly travelled to Iran.

Iran has the highest death toll in the world after China, the epicentre of the outbreak.

Iran has reported 978 confirmed cases of the virus with 54 resulting deaths.

Across the Middle East, there are more than 1150 cases of the new coronavirus, the majority of which are linked back to Iran.

*Latest OS video* – on just what is happening with #coronavirus in Iran? Number of cases suddenly doubling, a video from a cemetery suggesting death toll of 66 isn’t true, new gov plan to knock on millions of doors searching for cases. Thx to @ranarahimpour @BBCMonitoring pic.twitter.com/QbDeJ6wgZI

Mr Hunt also said there are approximately 900 arrivals from Iran to Australia in any given month, and that the government was targeting Farsi language media in Australia to convey the updated self-isolation requirement.

Iran has temporarily released more than 54,000 prisoners in an effort to combat the spread of the virus in crowded jails, the BBC has reported.

Fears are rising of an outbreak at the prison where Australian Kylie Moore-Gilbert has been held since 2018.

Ms Moore-Gilbert, was was convicted of espionage in an Iranian court, is being held at the notoriously restrictive Evin  unit where she has served periods in solitary confinement.