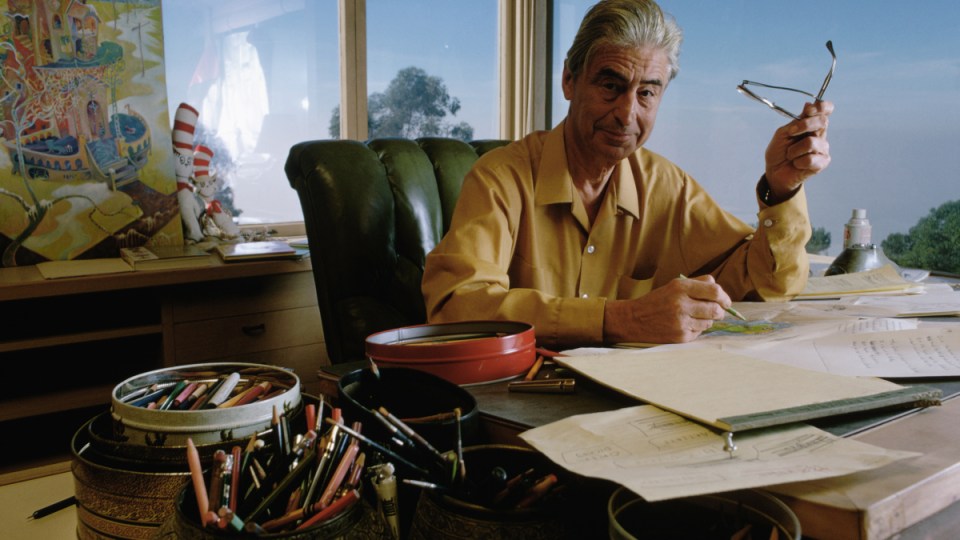 Dr Seuss drawing at his desk in 1969. Photo: Getty

His birthday, March 2, 1904, is the annual date for National Read Across America Day, a nationwide initiative to promote reading.

His quirky stories, told through rhyming couplets and accompanied by his colourful illustrations, were famously popular among children.

From encouraging readers to try new foods in Green Eggs and Ham, to promoting diversity and inclusion with How the Grinch Stole Christmas, Mr Geisel’s books were a positive force for good during the political turmoil of the 20th century.

A Democrat and supporter of President Franklin D Roosevelt, Mr Geisel  urged action against the Nazi’s far-right political ideology before and after the US entered the war.

Horton Hears a Who! is understood to be an allegory for the American post-war occupation of Japan.

The story promotes a lesson of equality and includes the quote: “A person’s a person, no matter how small”.

Many of his witty quotes became so popular they are still used widely today.

Quotes such as, “Don’t cry because it’s over. Smile because it happened”, are known to feature at graduation ceremonies and funerals.

On This Day: Popular children’s author Dr Seuss was born