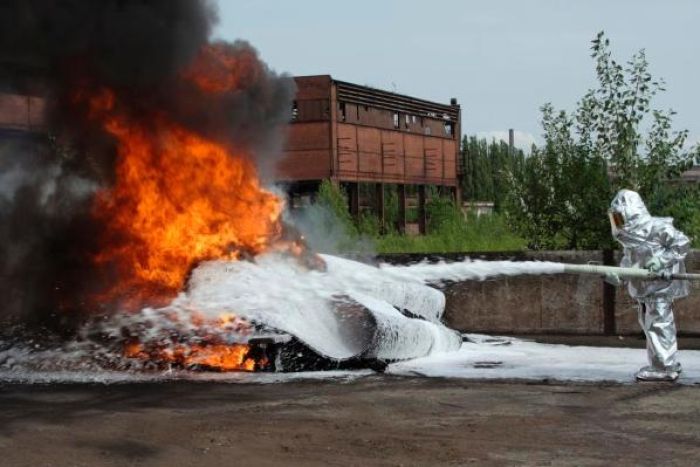 Toxic chemicals were used in firefighting on many military bases. Photo: ABC

An “in-principle” settlement has been reached between the Australian government and residents of three communities who had their groundwater contaminated by toxic firefighting foams used at defence bases until the early 2000s.

Residents from Williamtown in NSW, Oakey in Queensland and Katherine in the Northern Territory had each brought class actions, which contended that the Department of Defence was liable for depressed land values and business outlooks.

The groundwater was found to be contaminated in each community, following the widespread use of per-and poly-fluoroalkyl substances (PFAS) – chemicals that do not breakdown and instead bio-accumulate in soil – which were widely used in firefighting foams at defence bases.

Authorities overseas, including the US Environmental Protection Agency (EPA), have found PFOA and PFOS chemicals (a type of PFAS) can cause reproductive and developmental, liver and kidney, and immunological effects in laboratory animals.

In a joint statement from the Minister for Defence, Linda Reynolds, and the Minister for Veterans Affairs, Darren Chester, the government said the parties were finalising the confidential terms of a settlement.

“These terms are confidential and are subject to formal consideration and approval by the Federal Court of Australia.”

The three communities were represented by Shine Lawyers, who commissioned celebrity American activist Erin Brockovich to publicly lobby on their behalf.

There are still hundreds more sites across Australia that have been contaminated by the toxic chemical compounds.

The statement also said the Department of Defence would continue to engage with the communities and recognised the “difficult journey for many people over the past few years”.

“The government remains committed to concluding the environmental investigations into PFAS contamination on and near defence facilities across Australia, and to the ongoing monitoring and engagement with communities once investigations are complete,” the statement said.