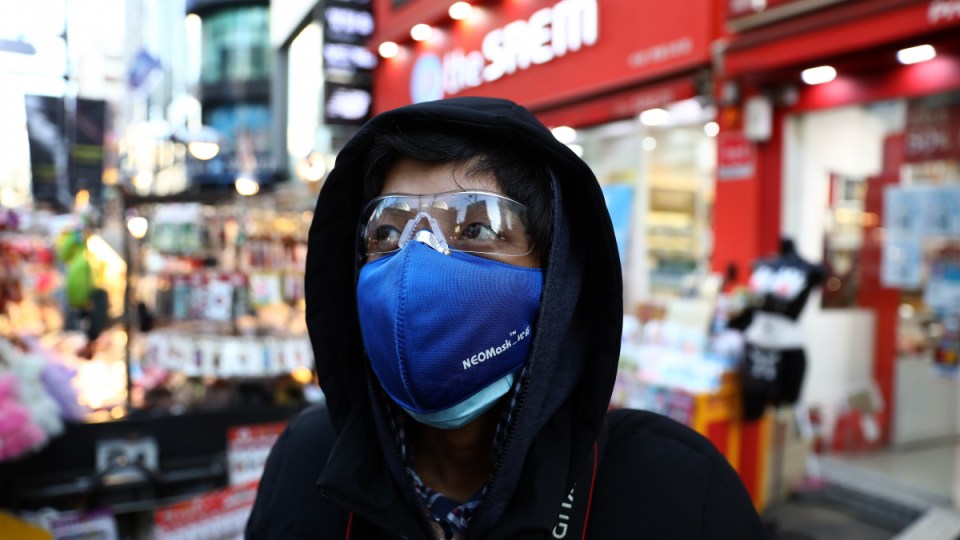 This is not the time to abandon masks, warns infectious diseases pediatrician Robert Booy Photo: Getty

As the flu-like illness caused by a strain dubbed COVID-19 spreads across the globe, the World Health Organisation on Thursday declared the outbreak a pandemic.

Confused about what it means when an illness is characterised as a pandemic? TND has you covered. Read on.

How does an outbreak, epidemic and pandemic differ? 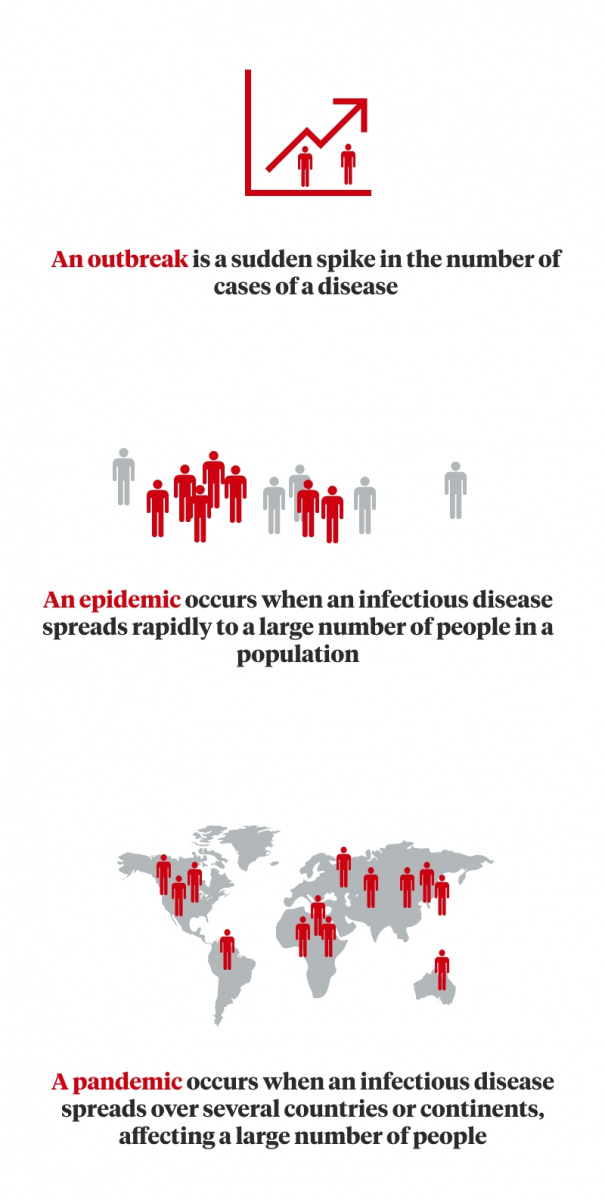 What is an outbreak?

An outbreak is a sudden spike in the number of cases of a disease.

It can happen in a single community, region or several countries.

The most common outbreak is influenza, known as the flu, which occurs almost every year during winter – even in highly developed countries like Australia.

Despite huge leaps forward in medicine, influenza continues to infect people because the virus is able to evolve just enough to evade human immune systems.

For thousands of people, especially the elderly or young children, common influenza is deadly.

Typically, seasonal flu is thought to cause about 400,000 deaths each year globally.

In some unique situations, a single case of an infectious disease can be considered an outbreak if it is rare, such as rat-bite fever, or has serious public health implications, like anthrax – a naturally occurring bacteria that is used as a biological weapon.

What is an epidemic?

An epidemic occurs when an infectious disease spreads rapidly to a large number of people in a population.

Put simply, an epidemic is a more serious outbreak.

The outbreak of severe acute respiratory syndrome (SARS) from 2002 to 2003 is considered an epidemic because it claimed the lives of nearly 800 people around the world.

Like COVID-19, SARS is thought to be an animal virus that first infected humans in China, in the Guangdong province.

The spread of the gruesome Ebola disease in West Africa from 2014 to 2016 is another example of an epidemic.

The outbreak started in Guinea and then moved across land borders to Sierra Leone and Liberia, killing more than 11,300 people.

What is a pandemic?

A pandemic is a global disease outbreak that is difficult to control.

It differs from an outbreak or epidemic because it infects a greater number of people across multiple continents.

A pandemic is often caused by a new virus, or a new strain of virus, that has not circulated among people for a long time.

Humans usually have little to no immunity against it, meaning the virus is able to spread quickly from person to person worldwide.

Pandemics cause many more deaths than epidemics, and they often create other problems like social disruption and economic loss.

One of the world’s worst pandemics in human history was the Plague, also known as the Black Death, which killed an estimated 75 to 200 million people in Eurasia from 1347 to 1351.

Another devastating pandemic was the Spanish flu between 1918 and 1919 that wiped out between 20 and 50 million people.

This story was initially published on February 25 before the outbreak was considered a pandemic. Story updated Thursday 12 March following the WHO declaration. Sign up here to the free service by The New Daily to receive twice-daily updates.

Coronavirus has been upgraded to a pandemic. Here’s what that means