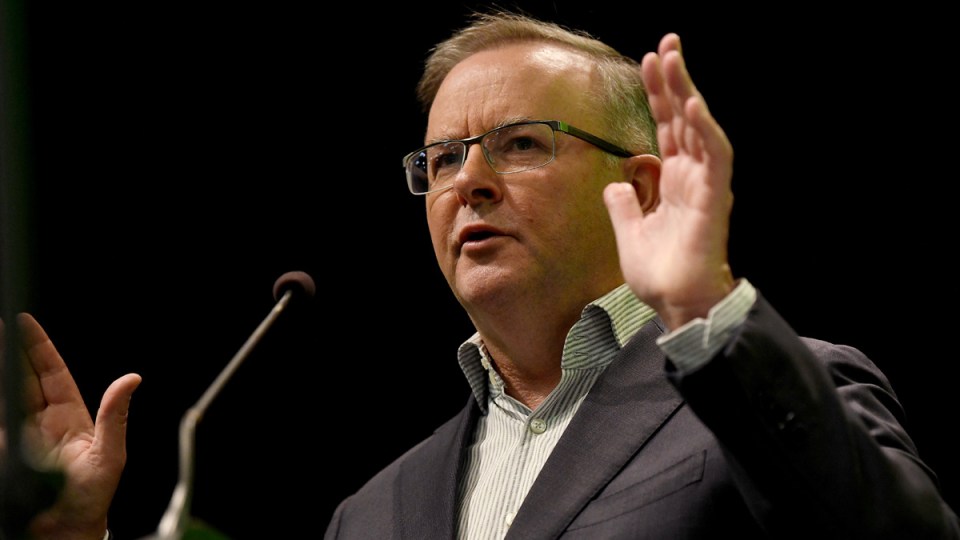 Anthony Albanese will use a speech in Brisbane on Wednesday to outline plans to protect superannuation. Photo: AAP

Federal Labor leader Anthony Albanese has vowed to improve Australia’s superannuation system as he takes aim at those arguing against the guaranteed increase to payments.

Mr Albanese will use a major policy speech in Brisbane on Wednesday to lay out a plan to help older Australians.

The positive ageing strategy is to ensure the nation makes the most of the economic and social benefits of an older population while promoting their respect and value.

A key part of this is the retirement income system, of which the superannuation guarantee is a pillar, Mr Albanese will say.

The Opposition Leader will hit out at an “unholy coalition”, including some in the government and a peak welfare body, for arguing against the superannuation guarantee.

“They want to see super wound back or abolished. They say that the pension should be enough, or that it reduces wages,” he will say.

“I absolutely reject this binary approach.

“With economic growth and productivity you can have both higher super and higher wages.”

The Australian Council of Social Services used its budget submission to say the increase should only go ahead if its coupled with changes to how contributions are taxed.

The Grattan Institute thinktank has argued the increase would hurt wages.

Some Liberal and Nationals MPs are worried increasing the 9.5 per cent compulsory superannuation guarantee will make it harder for employers to keep staff and offer them pay rises.

The Keating government introduced the superannuation guarantee in 1992.

“Having established the superannuation system we will not stand by and see it chipped away,” Mr Albanese will say.

“We want to make it better.”

A Labor government would also try to improve the superannuation imbalance between men and women, with women retiring with about half the average super of men.

The positive ageing strategy includes more dementia-friendly communities and spaces, to improve the quality of life for people with the disease.

Labor will also push for more intergenerational care, where older and younger Australians can be cared for together.

“The benefits of intergenerational care are immense. It can help our elderly re-engage with the world, minimise their isolation and the effects of their health issues.”

Mr Albanese will also confirm Labor’s support for a pensioner dental plan, which was part of the slew of policies taken to the last federal election.

The Labor leader used his last policy speech to outline the party’s idea for Jobs and Skills Australia agency, which Mr Albanese says will look at specific training skills for those over 55 years of age.