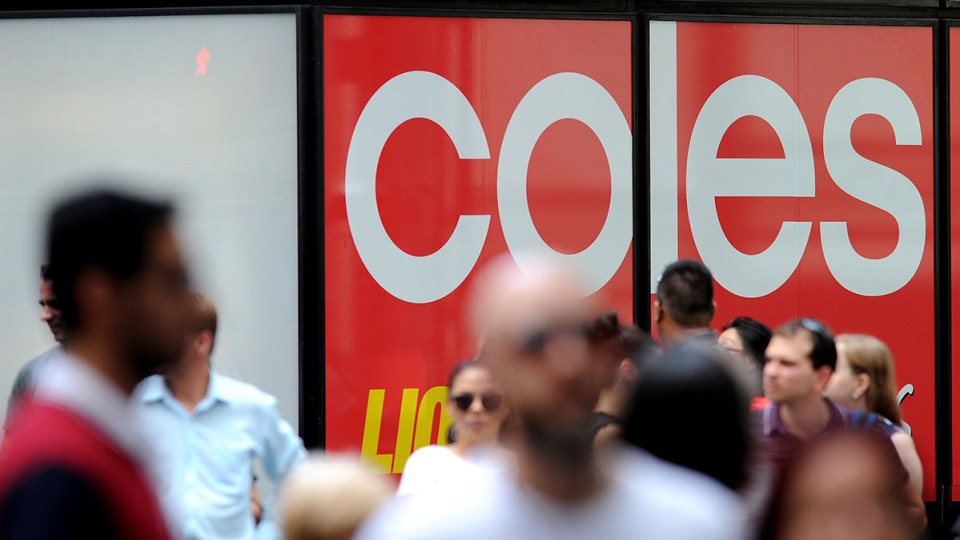 Supermarket giant Coles is the latest major retailer to be caught up in an wages scandal, announcing it owes $20 million to managers of its supermarkets and liquor division over six years.

Coles’ update was revealed on Tuesday, when the supermarket chain reported first-half retail earnings of $725 million, confirming its earlier predictions that a strong Christmas period had underpinned a vastly improved second-quarter performance.

However, earnings for the six months to January 5 will comprise a $20 million underpayments provision after a review found about 1 per cent of Coles’ salaried workforce had been paid less than award rates.

The Shop, Distributive and Allied Employees Association (SDA) national secretary Gerard Dwyer said the underpayments were uncovered as part of an industry-wide audit initiated by the SDA in November.

That audit, which involved the SDA approaching Coles and more than 100 other major retailers to audit their salaried employees, came after a number of underpayments were uncovered in the retail sector last year.

“The union has been communicating with its members throughout the retail sector since late October, advising them of their rights and offering to assist any of them who believed they may have suffered from underpayment,” Mr Dwyer said.

“While all underpayments are wrong and should never occur, especially not in a major retailer with sophisticated accounting systems, the SDA acknowledges Coles has constructively engaged the SDA in its industry-wide audit.

“The SDA also acknowledges the company’s assurances that, having identified its problems, payments will be made to affected staff (including interest) and that Coles is working with the union to finalise the issues its audit has uncovered.”

Coles chief executive Steven Cain apologised to affected staff and said they would be contacted once the review was finalised.

“We aim to make Coles a great place to work, and apologise to those team members who have been unintentionally affected,” he said.

“We are working at pace with a team of external experts to finalise our review. Once completed, we will contact all affected team members, both current and former, to remediate any identified differences in full.”

The review found about 5 per cent of salaried managers at the company’s supermarkets and liquor division had been affected.

The company said the review did not relate to team members covered by enterprise agreements, who make up 90 per cent of its workforce.

The Fair Work Ombudsman said Coles informed it of the multimillion-dollar shortfall only on Tuesday morning.

“Yet another large, listed Australian company has underpaid employees millions of dollars and in this case they chose to inform us only moments before their financial results announcement,” Fair Work Ombudsman Sandra Parker said.

It is the latest in a string of wage thefts and underpayments to hit the retail and food sector.

Last year, supermarket rival Woolworths revealed it had underpaid its employees by as much as $300 million over almost a decade – discovering the shortfall when shocked store managers complained they were earning less than their staff.

Coles said it initiated its payments review after the Woolworths revelations.

Coles’ disclosure came on the same day Mr Porter said he would introduce legislation to criminalise the most serious forms of worker exploitation with significant jail terms and fines.

“Like most Australians, the government has been appalled by the number of companies that have recently admitted short-changing their staff – in some cases by hundreds of millions of dollars,” he said.

“But it is clear to me that more still needs to be done to motivate companies to improve their performance, such as disqualifying directors of organisations that continue to get it wrong.”

Mr Porter’s discussion paper raises the prospect of adverse publicity orders, which might require an employer to display a notice admitting to underpaying workers.

“Corporate Australia surely now has got the message that they need to get their house in order,” Mr Porter told reporters in Melbourne

“If they haven’t got that message then they’re going to be absolutely and utterly compelled to in the future by the most vigorous, robust and complete set of laws around wage underpayment that Australia’s ever seen.”

Mr Porter said penalties for companies like Coles and Woolworths would be inescapable under the new regime.

The Australian Council of Trade Unions says the government’s attack on unions is to blame for wage theft, as officials are less able to inspect pay records and conduct compliance checks.

Labor leader Anthony Albanese said wage theft was a huge issue that was all too prevalent across Australia.

“This government attacks unions day in, day out,” he told reporters in Brisbane.

“They prepared to defend the sort of behaviour that we have seen become all too prevalent. They have very little to say about this exploitation, which is what it is.”

The Morrison government is also due to introduce legislation in coming weeks to criminalise the most serious forms of worker exploitation with significant jail terms and fines.

Mr Porter said the vast majority of underpayments were not deliberate.

“But that doesn’t make it any less terrible, particularly for the people who are being underpaid,” he said.

He said the issue was incredibly serious and bordered on negligence in the case of big companies that should be capable of following workplace law.

Company directors could be disqualified from holding office and businesses that fail to prevent wage theft banned from hiring migrant workers.

The measures stem from the Migrant Worker Taskforce, which came after shocking revelations of underpayment across 7-Eleven shops.