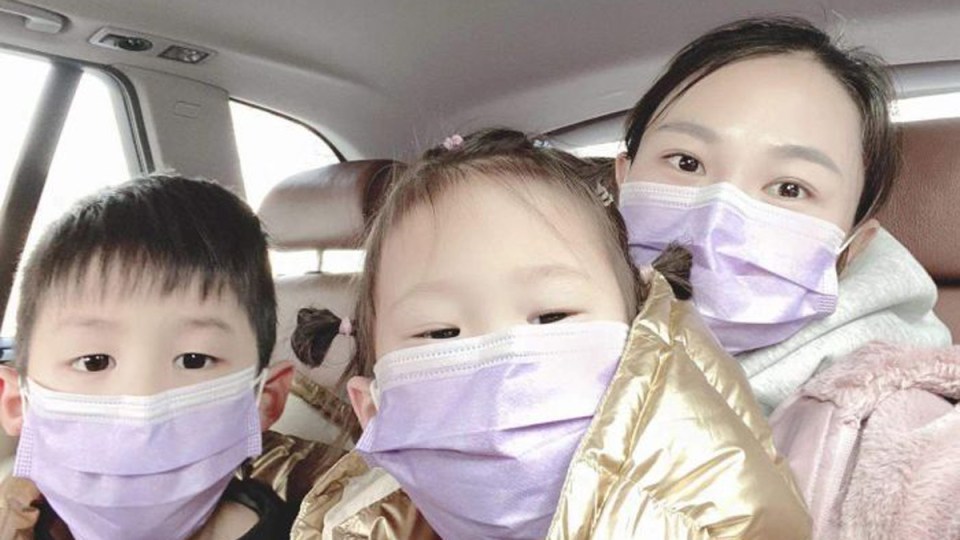 Emma and her two children are among those quarantined on Christmas Island. Photo: ABC

About 100 Australians held for a fortnight on Christmas Island because of coronavirus fears were on their way home on Monday afternoon.

The group left Christmas Island late on Monday morning (ADST), bound for Sydney and Canberra via a fuel stop at Port Hedland.

About 35 people will remain on Christmas Island until they can be put on another flight on Wednesday.

It comes as the federal government prepares to evacuate 200 Australians on the stricken Diamond Princess. The cruise ship, which is moored off Yokohama, has become the epicentre of the deadly COVID-19 virus outside China.

Some 355 of its passengers – including 24 Australians – are confirmed to have the virus.

Prime Minister Scott Morrison confirmed on Monday the Australians would be evacuated on a Qantas flight on Wednesday. They will go to Darwin – and not Christmas Island – for their quarantine.

“There are quite specific needs that we wouldn’t be able to accommodate at Christmas Island for the more elderly group of people who are associated with [the Diamond Princess],” he said.

“That’s not an option we’re considering for this operation and we don’t have any other operations envisaged at this time.”

The government is expected to announce more details of the Diamond Princess evacuation plans later on Monday.

Meanwhile, Sydney early childhood educator Li Ping Gu was one of the first Australians to leave quarantine on Christmas Island. At the island’s airport on Monday, she said it felt wonderful to be allowed outside without a face mask on.

“We are all seeing each other’s faces for the first time,” she told The Australian.

“It is strange after spending so much time together and now we can actually know what each other looks like.”

The first of two chartered planes carrying citizens from Christmas Island who have been in quarantine has arrived in Port Hedland.

The people onboard will not disembark until their final destination.

None of the quarantined Australians will be required to take further tests when they get home.

Some of the evacuated Australians had initially complained about conditions at the former Christmas Island detention centre – particularly about cockroaches and poor food.

“When I first set foot into the room assigned to us at the Christmas Island detention centre, I felt uneasy and wanted to go back to Wuhan, the epicentre of the coronavirus outbreak in China,” Melbourne mother Emma – who has documented her stay – said.

“I felt we were living in a prison or a refugee camp even though we are just ordinary people.”

Later, however, she said supplies had been replenished and the food had improved.

“Although life on the island is not as comfortable as a hotel or home, the soldiers do their best to help us.”

And they’re off.. first plane load of passengers headed for Sydney after leaving quarantine on Christmas Island #covid19 @10newsfirst pic.twitter.com/fvTSkx8bLg

“Some of the letters we’re seeing come out of there in recent days have just been lovely,” he said.

Of the 15 coronavirus cases in Australia, eight have recovered and the remaining seven are stable.

In China, the total number of people infected by the virus has risen to more than 68,500, with the number of deaths now at 1665.