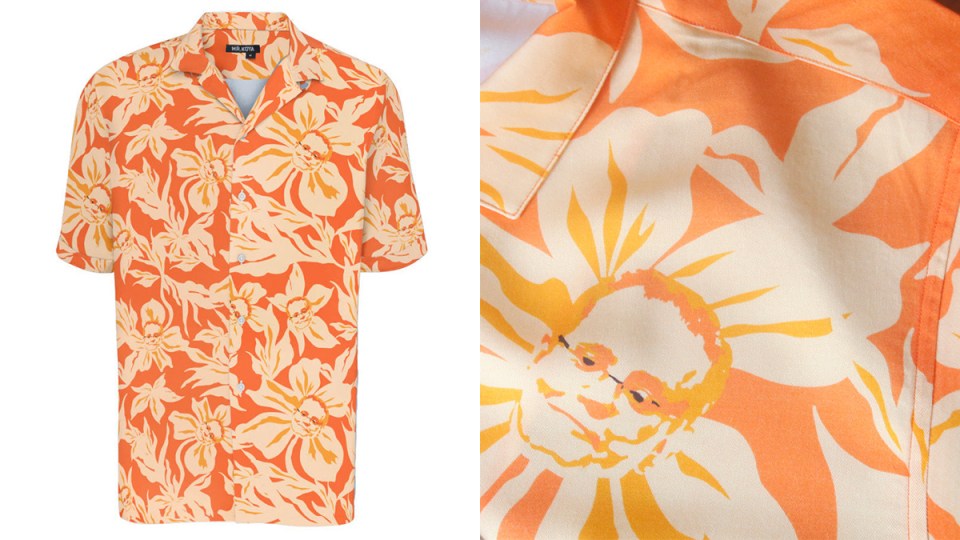 Well, it’s now immortalised forever, after the shirt’s creator donated one of the Prime Minister-patterned shirts to the National Library of Australia.

The button-up shirt featured dozens of resplendent hibiscus flowers, as per a standard tropical button-up.

However, in a twist, their stamens were emblazoned with Scott Morrison’s face, complete with smug smirk.

Australian menswear company MR. KOYA designed the shirts, with all profits from their sales delivered directly to the NSW Rural Fire Service.

Unsurprisingly, the appeal to Australians’ ocker sense of humour and distaste of the PM amid the controversy drew social media buzz.

More than 1000 Australians were quick to snap up the limited made-to-order stock, raising $35,891 for firefighter relief.

Now, following that fervent response, the shirt has entered one of the country’s largest collections of cultural ephemera to join other items of significance gathered during the bushfire crisis.

Recording season 15 of @bondirescuetv, and once again I'm saying "It's the hottest summer on record" in the opening segment. ⁠
⁠
To honour this harrowing occasion, I'm wearing the @mrkoya "Mahalo ScoMo" shirt – an ode to our PM's leadership skills.⁠
… https://t.co/DipS7JteAN pic.twitter.com/wOllol223x

MR. KOYA co-founder Yema Akbar said the design was a raging success, with one new Australian intending to wear the shirt during his citizenship ceremony.

“It wasn’t quite ready in time. We weren’t sure how the shirts would be received, but we’ve been thrilled with the overwhelming reaction,” Mr Akbar said.

“We are privileged to be part of the formed collection of ephemera on the bushfire crisis.

“The support received has been truly inspirational and is a testament to the larrikin spirit of Australians, digging deep to have a cheeky laugh.”

After initially requesting a shirt tag, the shirt’s creator managed to conjure one final Mahalo ScoMo shirt for the collection, which will soon be housed in the library’s Special Collections Reading Room.