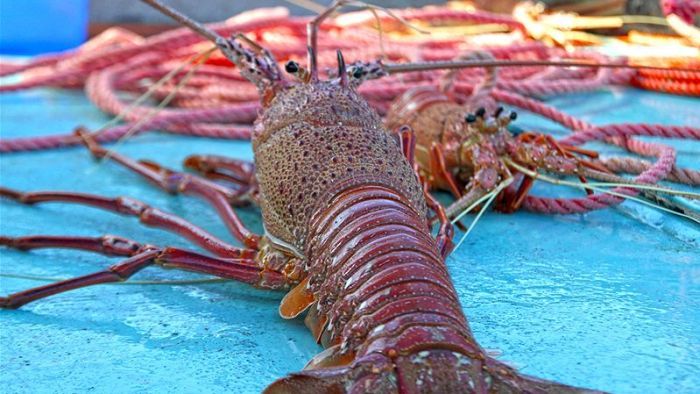 Lobsters are set to become cheaper on the local market due to international market closures.

Australians will be able to buy lobster for an unusually cheap price following a Chinese ban on live animal imports over coronavirus fears.

But before lobster-lovers start celebrating, spare a thought for workers in the industry.

China usually imports about 90 to 95 per cent of locally-grown lobsters and the dramatic drop in overseas demand means exporters are feeling the pinch.

Prices have already dropped by up to 20 per cent from between $130 and $140 per kilogram in Victoria to $110 as fishers and wholesalers start trying to offload the premium product in local markets.

Late last month, the largest rock lobster exporter in the world – the Geraldton Fishermen’s Co-operative in WA – stopped exporting after a sharp fall in demand caused prices to suddenly drop.

With the market shut down, chief executive Matt Rutter told the ABC there was a backlog of lobster in holding tanks, and that the co-operative was being forced to sell stock at cheap prices to other markets, including on home soil.

The industry is now frozen in Victoria, WA, South Australia and Tasmania as a result of the ban.

To make matters worse, the deadly coronavirus broke out during the lobster trade’s busiest time of the year – Chinese New Year.

The Chinese love Australian lobsters, with the crustacean regularly featuring at banquets and big family celebrations.

Usually, the co-operative handles about 40 to 50 tonnes per day during the Lunar period.

The outbreak of the coronavirus is believed to have started at the Huanan Wholesale Seafood Market in Wuhan.

It was closed on January 1.

On January 22, Wuhan authorities banned the trade of live animals at wet markets – where live and dead animals are sold for consumption – and China put a temporary ban on the trade in wildlife.

The last air cargo shipment of fresh seafood was accepted into China on January 26, shortly before demand collapsed due to internal transport restrictions and public health fears.

More than 9320 people have been infected worldwide, surpassing the SARS outbreak in 2002-03, and 170 people have died with cases now reported in all mainland Chinese provinces.

It is unknown how long exporters will have to wait before the ban is lifted. It could be at least eight weeks.

Abalone is Australia’s second-highest seafood product by value, with $182 million exported in 2015-2016.

Other species with a significant market in China include salmon, sea cucumbers, live coral trout, crabs and prawns.