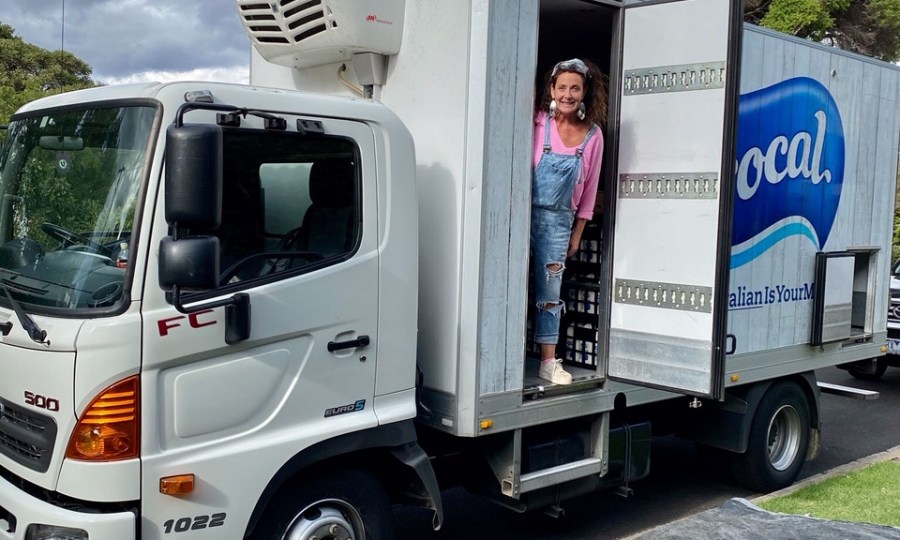 A group of big-hearted Melburnians worried about bushfire victims in north-east Victoria have donated hundreds of meals and essential supplies.

Communities near the New South Wales border have been left traumatised by out-of-control bushfires that ripped across the state earlier this year.

Buildings, properties and power lines were destroyed in towns like Corryong, leaving hundreds of residents without any power for several days.

Far from the devastation in the seaside suburb of Brighton East, Felicity McCreadie began arranging an enormous convoy of aid donations.

“They had no water, no power … many people were living on whatever was left in their cupboard,” Ms McCreadie told The New Daily.

The former Upper Murray local said she was overwhelmed by the generosity of the Bayside community when she posted a call for help on Facebook.

“The women of Brighton – the ‘Brighton blondes’ – were out in full force.”

Three large convoys led by Ms McCreadie and her husband David travelled from Melbourne to Towong with the supplies.

“One man was living off dry biscuits, and another was on Barbecue Shapes,” Ms McCreadie said.

“And this is just one district. I couldn’t even imagine what other places are going through.”

Once there, volunteers dropped off donations at the Towong Hall, a key community hub for locals in the town.

They also installed four air conditioners in the hall to keep it cool for visitors and to stop the food from rotting. Paint donated by Dulux was used to give it a fresh makeover.

“One man walked in and saw the donations in the hall and just crouched down and cried. He had lost his property in the fires.

“These families, the CFA guys reading the notes, it brought them to tears.”

Steve Archer, from Ringwood in Melbourne’s eastern suburbs, tagged along as part of the convoy with a truck full of hay for farm animals.

“We started at about 5am and drove for five and a half hours to Towong,” he said, adding the freshly painted hall was now the “centrepiece of the town”.

“This is just one town on the fringes of the fires, so I wonder, what are people in other towns going through?”

Meanwhile, a spokesperson for Victoria’s State Control Centre said emergency management agencies had been working “tirelessly to open roads and connect communities in the North East to services, infrastructure and telecommunications as quickly as possible”.

“Residents in Towong have access to supplies and services as the Murray Valley Highway to Albury in the north is open and accessible,” the spokesperson told The New Daily.

For information about support available to fire-affected communities, click here.

Melburnians warm hearts of bushfire victims with convoy of donations