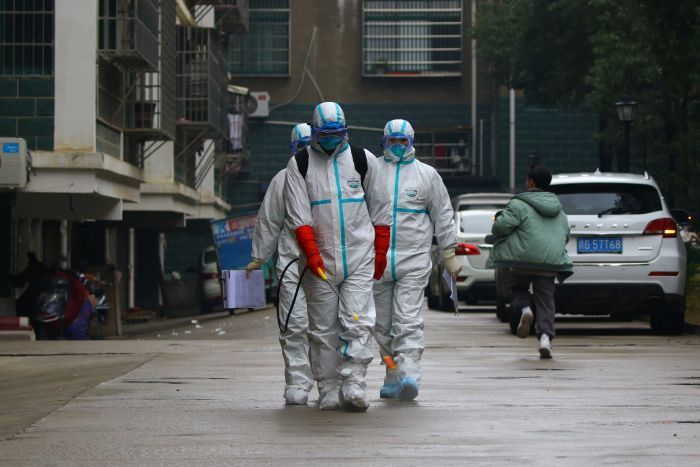 A Brisbane boarding school is isolating Chinese students over concerns about coronavirus.

Stuartholme School at Toowong has told parents that 10 students from mainland China will be quarantined to a single floor of its boarding house for 14 days.

The Toowong girls’ school said the students will undergo daily checks by a nurse before being allowed to attend class.

These were the strongest precautions known to have been taken by a Queensland school in response to the outbreak of the potentially fatal virus that originated in central China.

The school said another Chinese student remained in her home province of Hubei, which has been declared a lockdown zone by local authorities.

Principal Kristen Sharpe said in a letter to parents “under the advice of Queensland Health, our returning students will be isolated to their own floor of the Boarding House for a period of 14 days”.

“Every day, the nurses from our health centre will undertake a medical assessment of the students to check for any signs of illness,” Ms Sharpe said.

“During the 14-day period, students will be allowed to attend classes.

“Please remember that they will only be allowed to do this if they have not presented with any signs of being unwell during the morning assessment.”

Ms Sharpe did not respond to a request for an interview with the ABC.

Another private Brisbane girls’ school, Clayfield College, said any student who returned unwell from China would “be isolated for two weeks to ensure she is not contagious in any way”.

“In a boarding community, infection of any kind can spread quickly and we take all precautions necessary to ensure the good health of all boarders,” the school said in a letter to parents.

It said the advice from state health officials was “to be alert but not alarmed”.

Queensland chief health officer Dr Jeannette Young said staff were contacting four people in Queensland who were on the same flight as a Victorian patient who tested positive.

Dr Young said officials were also trying to trace Queenslanders who may have been on the same flight as NSW patients with the virus.

“If these people are unwell, we will assess them for coronavirus,” she said.

Queensland Health said another four travellers tested negative for the virus on Thursday, bringing the total number of people cleared in Queensland to 19.

The current death toll stands at 81 with more than 2,700 confirmed cases from 30 Chinese provinces.

According to Chinese state-owned media, 51 patients have been cured and discharged.