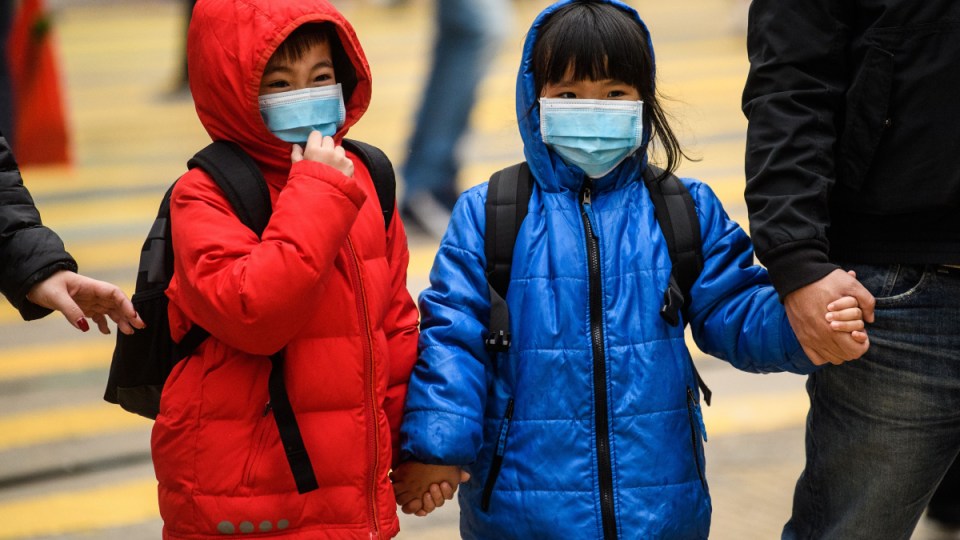 About 100 of the Australians trapped in Wuhan are thought to be children. Photo: Getty

About 400 Australian citizens have registered for evacuation from the Chinese province in lockdown because of the deadly coronavirus.

But, as yet, there are no confirmed plans to get the trapped Australians – including about 100 children – out of China, with Foreign Minister Marise Payne saying only that the federal government is “exploring all opportunities”.

With the government under increasing pressure to bring the Australians home, Health Minister Greg Hunt said on Tuesday that Senator Payne and department officials were making “significant progress”.

“They are being cross-checked to ensure there is no double-counting … but at this stage, approximately 400 registrations have been placed with Foreign Affairs,” he said in Melbourne on Tuesday.

“The Foreign Minister and the embassy are working with the Chinese authorities and the advice I have … is there’s been significant progress.”

Airports in Wuhan, the epicentre of the rapidly spreading coronavirus outbreak, were shut down and roads cut off from January 22 as the Chinese government tried to contain the spread of the lethal virus

Other nations, including the US and Japan are planning chartered evacuation flights for their citizens. France, German and Sri Lanka are also working on plans to get citizens out of the city.

Back home, five people are being treated in Australian hospitals for the virus. Chief medical officer Brendan Murphy said they were all in a stable condition.

“In fact, one of them is so well, they’re only in hospital because of the quarantine requirements,” he said.

But authorities warn more cases are likely, and are working to trace any human contact the five confirmed patients have had, including people who were on the same flights from China to Australia.

Four of the confirmed cases are in NSW, including a 21-year-old Sydney university student who was diagnosed after returning from Wuhan, and three men – aged 35, 43 and 53 – who are being treated at Sydney’s Westmead Hospital.

Another eight people in NSW are being tested for the virus, NSW Health said on Tuesday, up from five on Monday.

In Victoria, a man in his 50s in Victoria is being treated at Monash Medical Centre. Four of his family members are under home isolation.

Meanwhile, some private schools are opting to split off students who had recently visited China from wider student bodies – a move that has drawn criticism from the government.

Ten students of Brisbane’s Stuarthome School who are returning from China will spend a fortnight in quarantine at the boarding school to manage any risk of them spreading the illness.

In Sydney, Pymble Ladies College and Kambala Anglican girls school and, in Melbourne, Firbank Grammar School have told parents to keep children at home for at least a fortnight if they have visited an affected area in China or had contact with anyone who has travelled from China in the past two weeks.

Other private schools have requested students who have visited affected regions in China provide doctor’s certificates.

“I would say to all schools that they should be following the advice of the health department,” he said on Tuesday.

“That is the clear position of the Australian government.

Late on Tuesday afternoon, the NSW government asked parents of children who had returned from China in the past fortnight to keep them home from school until the two-week period had passed.

It’s now believed people who are infected could pass the illness to others the virus’ incubation period, which ranges from one-to-14 days.

Doctors had believed patients were only contagious when they started showing symptoms.