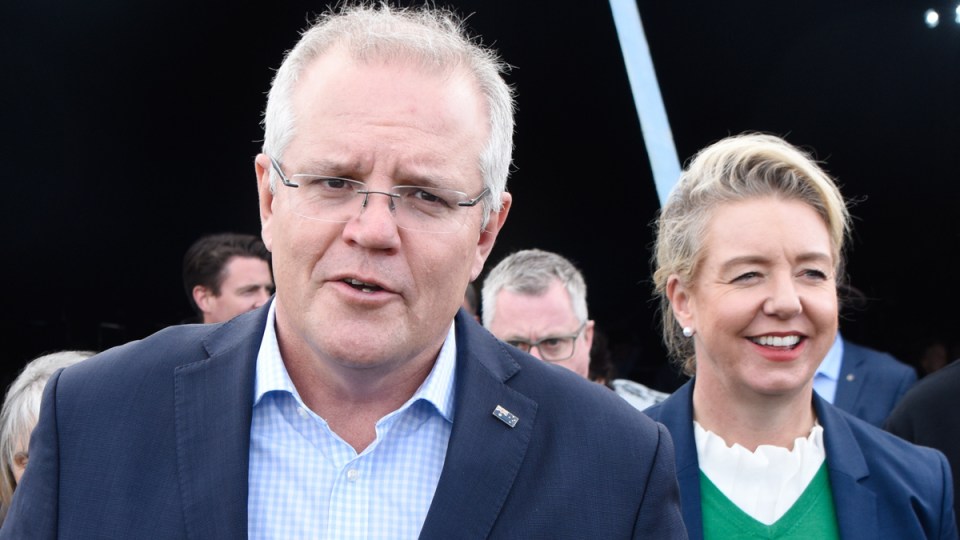 You’d never guess it from the rolling sport rorts headlines, but the government’s defence of its grants corruption is working a treat.

Sure, Bridget McKenzie is looking at a spell on the sidelines – she’ll be able to spend more time with her gun club once the bus has rolled on – but Scott Morrison and an unknown number of senior ministers will have escaped lightly.

As the former sport minister, Senator McKenzie should know about the occasional need to take one for the team.

And she will have the promise of subsequent redemption – it didn’t take Sussan Ley long to get back on a ministerial salary after her travel allowance embarrassment – to keep her playing ball, whatever difficulties her demotion will pose for the National Party leadership.

That’s a small price to pay for successfully shielding those who orchestrated the defrauding of hundreds of sporting clubs.

Which is why the concentration on Senator McKenzie and her failure to record her gun club membership is the stuff of farce.

When the senator was merely shown to be rorting a $100 million sporting grants program, corruptly allocating public funds on the basis of party electoral targets rather than on the applications’ merits, she was consistently defended by Scott Morrison and colleagues.

But failing to record a gift club membership worth $180 before slinging said club $36,000 has resulted in an investigation into her “actions in the application of the statement of ministerial standards”.

I reckon there’s a good chance failing to disclose membership of the Wangaratta Clay Target Club was an oversight rather than intentional deceit.

Thus Bridget McKenzie looks like being hanged for a lamb while more senior figures get away with stealing the entire flock.

To pose an obvious question, does anyone seriously think Ms McKenzie was bold enough, brazen enough, senior enough to run and target such a scam on taxpayers and sporting clubs all on her lonesome? It was all Bridget’s idea?

Of course not. It was part of the Morrison campaign’s overall strategy.

After the Wangaratta club story, Scott Morrison was suddenly letting media know he had “had enough”, as Samantha Maiden reported.

Spot the difference? Getting to the bottom of who was involved in defrauding hundreds of sporting club, playing their volunteers for absolute mugs, would be embarrassing for the government itself.

She’s much more expendable than the people giving the orders.

Don’t forget that the Cabinet Expenditure Review Committee thought Senator McKenzie was doing such a great job with the grants, her budget was increased from $70 million to $100 million in the shadows of the election. Those marginal seats weren’t going to buy themselves.

The Cabinet Expenditure Review Committee consists of the “Prime Minister, Treasurer, the Minister for Finance, along with other selected portfolio ministers”.

That’s Scott Morrison, Josh Frydenberg and Mathias Cormann – the who’s who of the Liberal Party, its leader, deputy leader and leader in the Senate.

It seems Senator McKenzie isn’t going quietly, at least not yet. She’ll be wanting some solid guarantees of subsequent rewards for being the fall dame.

And there are assurances required about just how, er, “rigorous” will be the inquiry into her actions by a long-time Liberal Party staffer, Mr Morrison’s former chief-of-staff, Philip Gaetjens.

Crikey’s Bernard Keane has spelt out the questions Mr Gaetjens should be asking – and also how limited his remit is: It’s not a full-blown investigation, but limited “to any actions in the application of the statement of ministerial standards”.

That is, Gaetjens won’t look at the probity of deliberately avoiding the Commonwealth’s grant rules and grant platform, or overriding the recommendations of the Sports Commission. Instead, his focus will only be on whether McKenzie breached the government’s guidelines for ministers.

What, you were expecting a real inquiry when so much could be at stake?

Keane also has reported on the Health Department’s involvement in the scandal and the effort put in to avoid using the government’s own online grants platform. That will be outside Mr Gaetjens remit as well.

Like the Prime Minister asking his Attorney-General, Christian Porter – he of Robodebt defence and Witness K prosecution fame – to cast an eye over the scandal’s legal niceties, the limited Gaetjens inquiry is the stuff of Yes, Minister politics.

Holding inquiries is a way of being seen to do something without necessarily doing anything.

Inquiries take time – people get bored and other stuff can come along to distract attention.

You don’t hold an inquiry unless you already know the answer.

You are careful about who you get to do the inquiring. (You wouldn’t want another Kenneth Hayne sticking his nose in.)

And you keep the end target – the answer – as small as possible. Compared with the rest of the people involved, the people who knew what was happening, Bridget McKenzie is a small target.

It’s rumoured that Senator McKenzie’s nickname in her Deakin University days was “the Leongatha Labrador” thanks to her style on the netball court.

Labradors tend to be enthusiastic but somewhat clumsy pups.

When Georgina Downer’s big Liberal Party cheque in the seat of Mayo resulted in an audit, it also became very clumsy for Senator McKenzie.

For Scott Morrison’s government, the stench will linger and be fanned by an eventual Senate inquiry, but they will proffer the McKenzie scalp and ride it out in the preferred Trumpian style.

For Australia, the whole contemptuous saga underlines the need for a federal ICAC with real teeth. The government will ride that out in Trumpian style as well.

And the game go on.