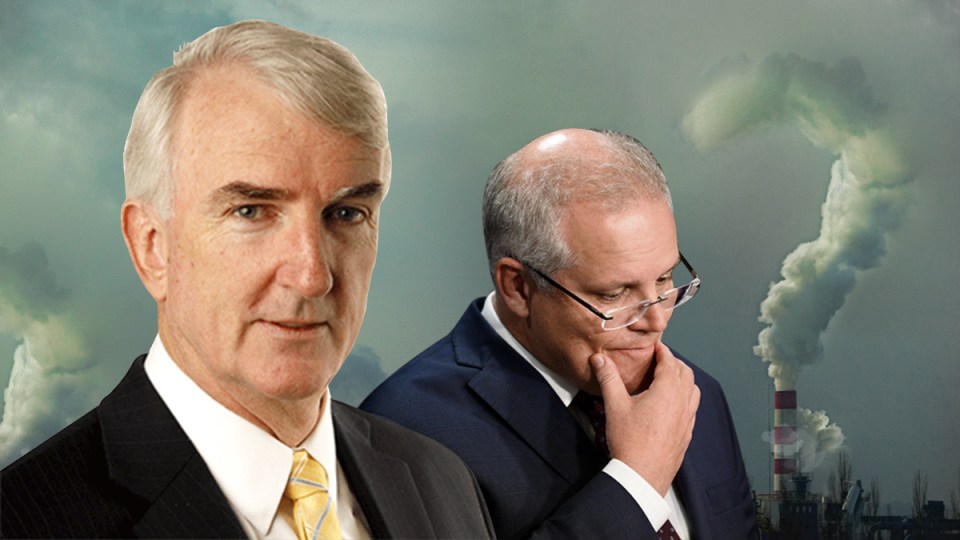 On Monday Scott Morrison claimed Australia’s carbon emissions will be slashed by 42 per cent this decade – a vastly greater reduction than any Paris agreement target or the government’s own forecasts.

That was partly because it was made in an interview on the Today show where nobody was paying attention or understood what he said, but mainly because it’s clearly nonsense and he didn’t understand what he was saying either.

Mr Morrison twice told Today our per capita emissions would fall by half between now and 2030.

“We will reduce our carbon emissions per capita by half between now and 2030,” he said.

Perhaps surprised that neither Karl Stefanovic or Allison Langdon noticed what a great talking point that was, he had another crack at it.

“Our per capita emissions will fall by half over the next 10 years.”

This does not indicate Mr Morrison has had a change of heart about the need to reduce our carbon emissions – it indicates he had no idea of what he was talking about and, in “Scotty from Marketing” mode, had run off half-cocked with a nonsense sound bite.

To help the PM understand what he said, in round numbers, our 2019 emissions divided by 25.5 million of us work out to be 20.86 tonnes each to make us about the developed world’s worst per capita carbon emitters.

Halving that per capita score would mean 10.43 tonnes each in 2030, when our population is expected to be 29.8 million, meaning total emissions of 310.8 million tonnes – some 200 million tonnes less than the Department of Environment’s best guess.

It’s not going to happen.

Mr Morrison had more success being noticed on Tuesday when he argued hazard reduction burns could be more important than cutting carbon emissions in Australia’s future fight against bushfires.

That line was immediately attacked by critics of the government’s chain-dragging on emissions reductions.

It fits the view that the government, having been forced by the bushfires to acknowledge the seriousness of climate change, will focus on responding to its effects – stressing adaptation and resilience measures – rather than dealing with the cause of global warming.

Deflecting with an adaptation focus means the government’s close and remunerative relationship with the fossil fuel industry can continue without strain.

It allows the Prime Minister and his Treasurer to continue to run sound bites about facing up to climate issues without taxing carbon or threatening coal mining jobs.

For those who take the climate issue seriously, such talking points mean the government doesn’t understand the problem.

Well, it is a government led by a Prime Minister famous for taking a lump of coal to Parliament and who claims we’re halving our per capita emissions between now and 2030.