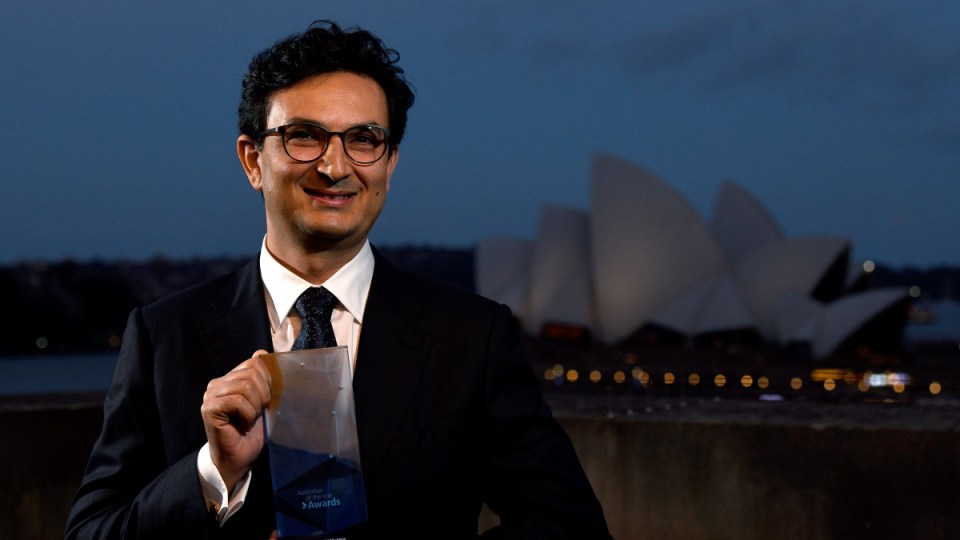 He’s come a long way from Iraq, where he was asked to brutally cut off limbs.

He is an orthopaedic surgeon, adjunct clinical professor, author, human rights activist and New South Wales’ 2020 Australian of the Year.

By any standards, Dr Al Muderis has accomplished more than most in his 47 years on Earth.

But it has been a painful journey.

In 1999, Dr Al Muderis was working as a young doctor in Iraq under the  dictatorship of Saddam Hussein.

One day, a group of guards suddenly stormed the Baghdad hospital and rounded up the doctors.

“They had escorted three busloads of army deserters to the hospital and ordered us to start mutilating them by chopping their ears off,” he told The New Daily.

“The head of the department refused and they escorted him outside to the car park and put a bullet in his head in front of everybody.”

The guards gave the doctors two choices: Comply with their demands, or face the same fate as their boss.

“That was the most challenging decision in my life,” Dr Al Muderis said.

“Should I refuse, I end up with a bullet in my head. If I go ahead, I’ll live with guilt for the rest of my life.”

Instead, he made a snap decision to escape to the female toilets, where he hid for five hours.

It dawned on him that he would have to leave Iraq.

After fleeing the country, Dr Al Muderis eventually made his way to Australia on a “leaky boat” before being locked up in a detention centre on Christmas Island and several Australian jails.

“I was stripped of my human identity and marked with the number 982,” he said of his time detained on Christmas Island.

In August 2000, Dr Al Muderis was finally released and got a job as a toilet cleaner in Sydney.

“When I received my first pay cheque, I went back to Centrelink to give them back the money they spent on me,” he laughed.

“They thought I was an idiot.”

Despite being qualified as a surgeon in Iraq, Dr Al Muderis had to go all the way back to the beginning of his medical career to re-register as a doctor in Australia.

But it wasn’t long before his diligent work ethic paid off.

He recently returned to Iraq after 18 years to operate on those wounded in the war against ISIS.

The doctor is one of the local heroes who The New Daily is celebrating this week before Australia Day.

Reflecting on his challenging but rewarding life, Dr Al Muderis told The New Daily: “We are here for a short period of time”.

“If we leave, we need to leave something behind.

“That is either knowledge, or charity that people can live on. Or you can teach your children and others to carry on your legacy.”

From toilet-cleaning refugee to orthopaedic surgeon, meet NSW’s Australian of the Year