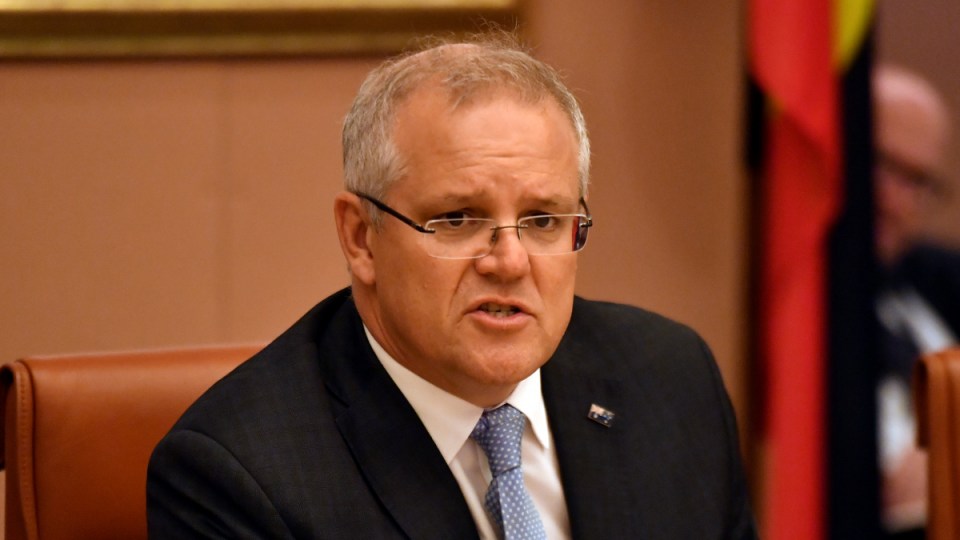 Scott Morrison claims nobody knows who NSW Environment Minister Matt Kean is. Well, they do now.

The Prime Minister delivered a stunning rebuke to the NSW Liberal government minister over divisions in the party over climate action.

NSW Environment Minister Matt Kean has spoken out about tensions in the party over the issue, telling Sky News senior cabinet ministers want the Prime Minister to take strong action.

The Prime Minister then followed up with a personal attack, calling the minister’s profile into question.

“Most of the federal cabinet wouldn’t even know who Matt Kean was.”

Of the NSW LIBERAL environment minister the PM says “most of the federal cabinet wouldn’t even know who Matt Kean was”. If that’s true – which I HIGHLY doubt – any federal minister who doesn’t know who he is should be sack immediately for rank incompetence!

It was a strange claim from the Prime Minister, given he signed a press release with Mr Kean barely three months ago.

The Prime Minister, who is from the NSW branch of the party himself, has insisted the reported divisions over the climate are a “beat-up”.

The deadly and unprecedented bushfires have renewed public pressure on the government over its climate policies, with calls for the Coalition to take more action.

It has also seen a public shift in Mr Morrison’s approach to talking about the issue, insisting his government has always understood climate change, while some backbenchers continue to decry the science.

Mr Morrison has turned his focus on climate change adaptation and resilience, but has backed in coal exports and rejected a price on carbon emissions.

Mr Morrison also denied that federal Liberals were pushing to increase the emissions reduction target and ruled out a carbon tax.

“The government is completely united on focusing on the challenge of the response to the current bushfire crisis and meeting and beating our emissions reduction targets and taking our climate policies forward over the next term of government.”

The Prime Minister said the government was still aiming for a 26 per cent emission reduction, and noted that while the government had a target, “that can’t be said for everyone else”.

That was a swipe at Labor whose leader Anthony Albanese said it would review its 45 per cent target and might not set a 2030 target.

Mr Albanese said that while Labor wanted “ambitious” targets, the plan to cut emissions by 45 per cent below 2005 levels by 2030 was a policy developed in 2015 and should have been reviewed before last year’s election.

NSW’s Mr Kean said he thought it wasn’t “just moderates that want more action when it comes to reducing our emissions, I think it’s people right across the party.

“There is widespread support for the Prime Minister to take strong action when it comes to climate change and I understand a group of moderate MPs, and MPs right across the party, from different states, different factions, all want to see decisive and responsible action.”

Former prime minister Kevin Rudd believes the federal government has a problem when it comes to addressing the issue of climate change.

Speaking on CNN, Mr Rudd says Australia has “for the better part of a decade had continued, conservative government … which has run an agenda of climate change denial”.