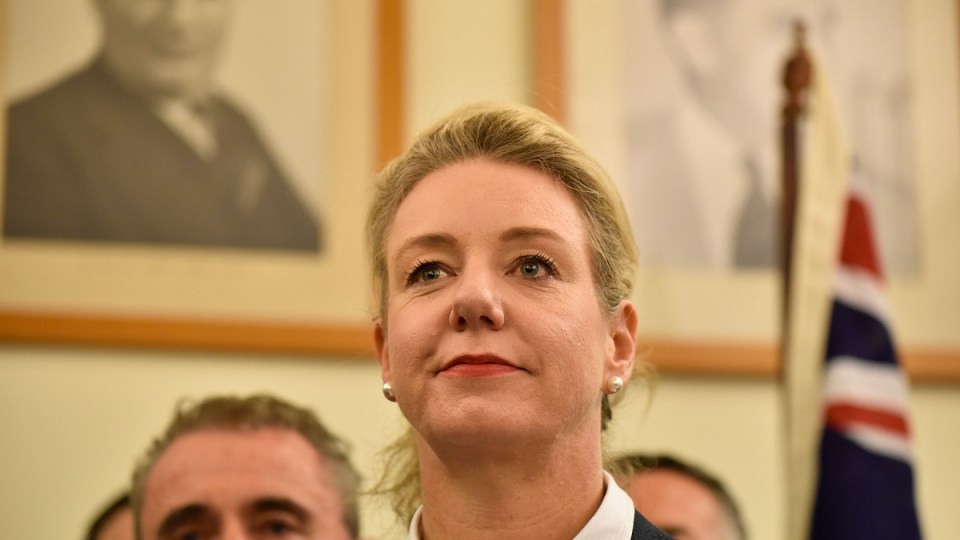 You don't need to be Sherlock Holmes to know Bridget McKenzie did not act off her own bat. Photo: Getty

Of course Bridget McKenzie is rabidly defending her indefensible rorting of $100 million in community sports grants – she must do that to protect her co-conspirators.

Any admission by the deputy leader of the National Party that what she did was wrong would invite the obvious next questions: Who else knew? Who else was in on it? Whose orders were you following?

It is not credible that Senator McKenzie was bold enough, senior enough, brazen enough to traduce the dispensing of $100 million all on her little lonesome.

More senior Coalition figures had to be involved, had to approve, have to be in this muck up to their corrupt eyeballs.

The biggest question that follows is to what extent Scott Morrison has been afforded “plausible deniability”.

The size and nature of this stunt seems right up Scotty From Marketing’s alley. Would a mere Nationals Senator have the gall to launch and run such a scheme without the big boss’s approval?

Even more likely as Senator McKenzie’s ministerial office was turned over to Coalition hacks’ spread sheets of marginal seats and polling is that she and hers would want to boast about it.

“We’re slipping Tony Abbott half a million dollars for the Mosman Rowing Club,” one ministerial “adviser” on the public payroll couldn’t resist telling his or her colleagues.

“We’re targeting the marginal seats – are any others of particular importance?” To get an answer to that question Senator McKenzie would have had to ask the Coalition war room.

What to expect? Not honesty

That’s the next step in this monumental scandal, in this theft from and betrayal of community sport organisations.

And given the government’s track record and the Prime Minister’s modus operandi, we know the answers that will flow from the necessary questions:

“The matter’s been dealt with.”

“Senator McKenzie has addressed all the issues.”

And the media conference will end quickly.

The $100 million question: What did the PM know about sports funding scandal?