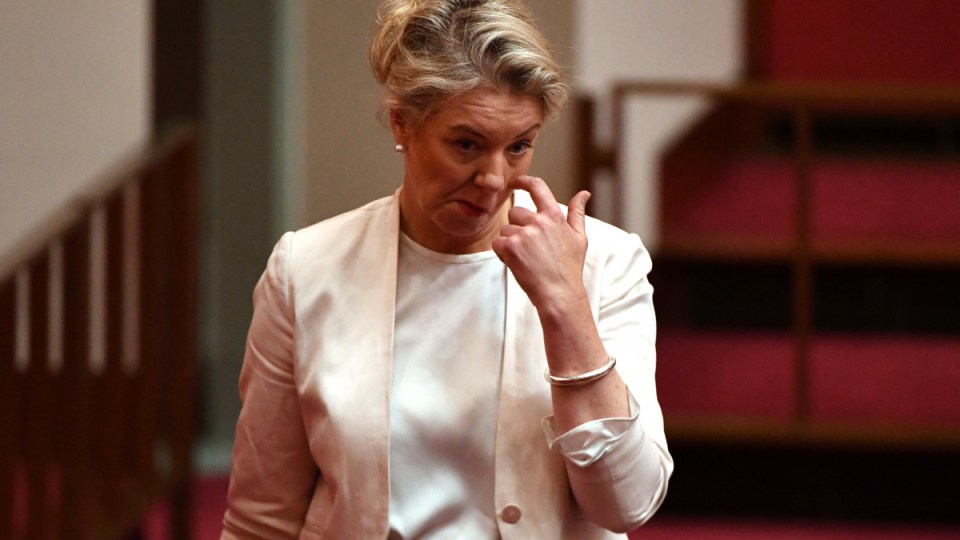 Bridget McKenzie has released a statement saying late changes to the "sports rorts" grants were made without her knowledge. Photo: AAP

Cabinet minister Bridget McKenzie has refused to apologise for dishing out a $100 million fund to electorates the coalition wanted to win.

The deputy Nationals leader is facing calls to resign over her handling of the community sports grant after an independent review found money was largely divided between favoured marginal Coalition seats during last year’s federal election campaign.

The report found she ignored the merit-based recommendations by Sport Australia, but Ms McKenzie has maintained she did nothing wrong.

Asked whether she would apologise for how the $100 million was handled, the former sports minister who was responsible for approving the grants said: “Not at all”.

“No rules were broken in this program,” Senator McKenzie told ABC radio on Thursday morning.

“The reality was there were many hundreds of meritorious projects that we just didn’t have the funding available for.”

The report questioned whether she had the legal authority to make the final decision on which electorates received the funding and found Ms McKenzie’s office used a parallel assessment process to make that determination.

The audit was sparked by Labor after Liberal candidate Georgina Downer doled out a $127,000 cheque for a local bowling club in South Australia as part of the program during the election campaign.

Nine of the 10 electorates approved to receive the most money were either marginal seats or ones being eyed by the coalition.

These seats would have received less funding if Sports Australia merit assessments had been used.

More than 60 per cent of applications were funded despite not reaching the necessary assessment score.

Nine of the 10 electorates that received the least funding were Labor seats and “safe” government seats.

Labor has called for Senator McKenzie to resign.

“It wasn’t even her money to misappropriate,” he told ABC news.

“And they did anyway. This says everything about Scott Morrison.”