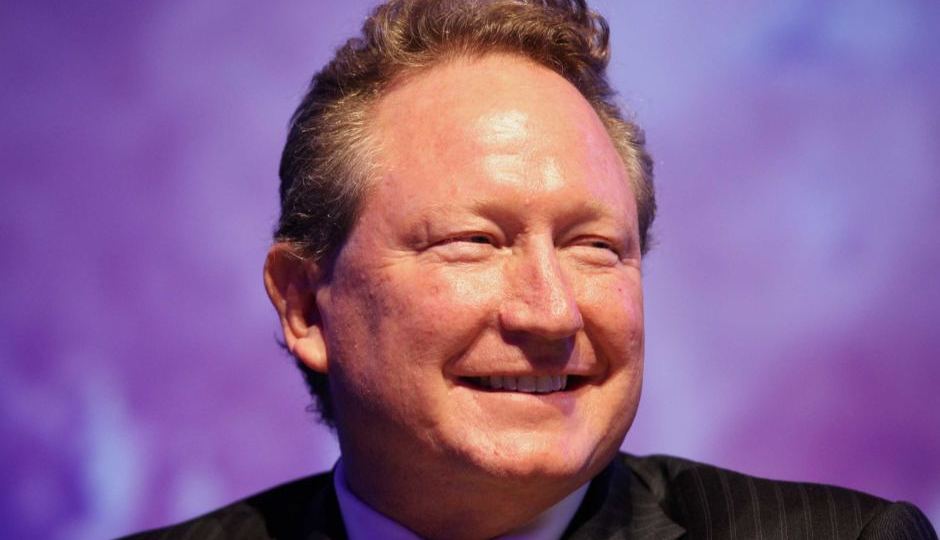 Through his Minderoo Foundation, Mr Forrest said he would provide $10 million to build a volunteer army of more than 1,200 people drawn from the mining and agriculture sectors to deploy to fire zones to assist in the rebuild of devastated communities.

Another $10 million would be spent in communities who need support in collaboration with the Australian Red Cross and the Salvation Army.

A further $50 million will be spent on a “national blueprint” for fire and disaster resilience to develop new approaches to mitigate the threat of bushfires.

Mr Forrest said his team of first responders was ready to be deployed to communities in New South Wales, Victoria and South Australia.

“We are putting together a small army of 1,250 skilled personnel from first-aid, emergency first responders, tradespeople, electricians, carpenters, project managers, construction and clean up personnel,” he said.

Mr Forrest said a bushfire recovery fund would be established to assist communities over the next two years and the public would also be able to donate to it.

“Communities, when they’re plagued by that much grief, think automatically about just getting back what they’ve just lost. Unfortunately that is impossible,” he said.

“[This fund] is to help you not rebuild to perhaps what you had, but to plan for what could be even better.”

Mr Forrest flagged contributing more money to the recovery effort later down the track if needed.

“This is not a zero-sum game, this is a disaster and my family will react to the scale of the disaster,” he said.

Mr Forrest’s donation joins a growing list of contributions from high profile figures in Australia and around the globe.

The Paul Ramsay Foundation is one of a few philanthropic foundations that has so far to contributed to the donations tally, pledging $3 million to the Red Cross, the Foundation for Rural and Regional Renewal and St Vincent de Paul, with a further $27 million to be put to long-term rebuilding efforts.

Australian comedian Celeste Barber’s social media campaign, which was one of the first set up in the wake of the bushfires, has now raised more than $47 million.

Celebrities have been quick to open their wallets, with reality TV star Kylie Jenner today announcing she would donate $1 million to five organisations across Australia.

On Tuesday, actor Chris Hemsworth also pledged $1 million dollars, which was matched that evening by Elton John as he closed his Sydney show.

Pink, Kylie Minogue’s family, and Nicole Kidman and Keith Urban have each said they will donate $500,000 to the cause.

On Wednesday, Metallica also announced they would be contributing $750,000 to the NSW Rural Fire Service and the Country Fire Authority in Victoria.

Dozens of sports stars have also joined the cause, including Ash Barty and Chris Lynn.

Lynn and Glenn Maxwell have both pledged $250 to the Red Cross Bushfire Appeal for every six they hit, while Peter Siddle, Adam Zampa and Kane Richardson have all said they will donate $200 for every wicket they take during this year’s Big Bash League season.

The Minderoo Foundation was established by Mr Forrest in 2001, two years before he founded Fortescue Metals Group, which has become a major third player in Australia’s iron ore mining industry behind established mining giants BHP and Rio Tinto.

Since then Minderoo has garnered a reputation as one of Australia’s biggest philanthropic entities.

The donation was split between six different causes, including $75 million to cancer research and ending modern slavery.

In 2013 Mr Forrest pledged $65 million to higher education in WA, including a $50 million scholarship foundation for WA’s five universities.