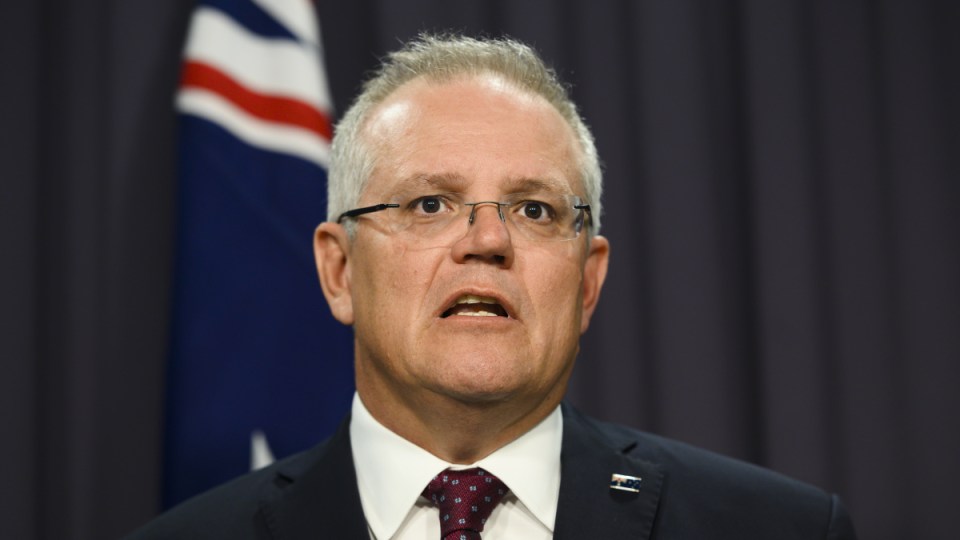 The federal government has committed $2 billion over two years to a new agency tasked with rebuilding bushfire-ravaged towns.

Prime Minister Scott Morrison announced the new funding in Canberra on Monday as firefighters in Australia’s ravaged south east made the most of cool conditions and rain to prepare for the next bushfire onslaught.

The national bushfire recovery agency will be led by former Australian Federal Police commissioner Andrew Colvin and work closely with the states and territories to rebuild homes and critical infrastructure destroyed in the bushfires.

Mr Morrison made the announcement after a National Security Committee of Cabinet meeting, saying the recovery effort took precedent over a budget surplus.

“What we are focusing on here is the human cost and the rebuilding cost for people’s lives,” the Prime Minister added.

Mr Morrison claimed “the surplus is of no focus to me”.

Victorian Premier Daniel Andrews earlier confirmed all four remaining people who had been missing in the state had been found unharmed.

There are still concerns in New South Wales however, where two people remain missing and more than 130 fires continue to burn.

Victorian Emergency Management Commissioner Andrew Crisp said while the light rains falling in East Gippsland were welcome, they would only “suppress” the fires, and warned of more dangers to come.

“I say suppressed because [the fires have] not gone away,” Mr Crisp said.

“It is there waiting for the next hot day, the next strong wind, whether that’s the northerlies or the southerlies,” he said.

“We know these fires will become dynamic and dangerous again.”

The Victorian fires have already burned more than 1.2 million hectares in the state.

At least 31 fires continue to burn across Victoria, including 18 in eastern Gippsland and six in the northeast.

WATCH & ACT for #Abbeyard, #Dandongadale for multiple bushfires in the #Abbeyard, #MtBuffalo and #Wongungara areas that are not yet under control. Residents are currently unable to return to their property as roads remain closed. More info: https://t.co/97ct2ftPb3 #VicFires pic.twitter.com/a8FzEmGXuM

In New South Wales, a massive back-burning operation is underway in the lower Blue Mountains to try and put a containment line place that could stretch from Wentworth Falls to as far as Glenbrook.

Residents in the NSW coastal town of Eden were assessing the damage to their homes and businesses as firefighters battled the so-called border fire, which has consumed more than 271,000 hectares since starting west of the Victorian town of Mallacoota.

Good news from @BegaValleyShire for the residents of Bega, Tathra, Merimbula, Pambula, Eden, Bermagui and villages to the north and south, with news that they can now return. With areas of active fire still around, residents need to monitor conditions and travel with care #nswrfs

While the rains are offering some respite from days of scorching weather and gusty winds, Victorian Emergency Services Minister Lisa Neville said the wet was causing its own problems.

Ms Neville said the rains were not enough to put out the fires, and were in some instances hampered back-burning efforts and made conditions dangerous for crews.

“Fortunately our firefighters were ok, but they were taken to hospital for observation so, in some respects, it’s great, sort of a reprieve for people and it suppresses the fire behaviour, but it does make it difficult for people to move around those fire grounds,” he said.

In Mallacoota, air evacuations of stranded holiday makers was suspended for the day due to safety concerns.

“Unfortunately, the smoke is right across Victoria’s south and flights have been suspended for the most part,” Army Colonel Tom Nairn told ABC Radio on Monday morning.

He said flights would resume if the smoke cleared.

Naval officers from HMAS Adelaide meanwhile have arrived in Eden to begin a recover operation in the town.

“We can (do) basic logistics, food, water, blankets, the other thing that we have the capability of doing with our aircraft is identifying those hotspots and identifying and doing damage assessments as well from the air,” he said.