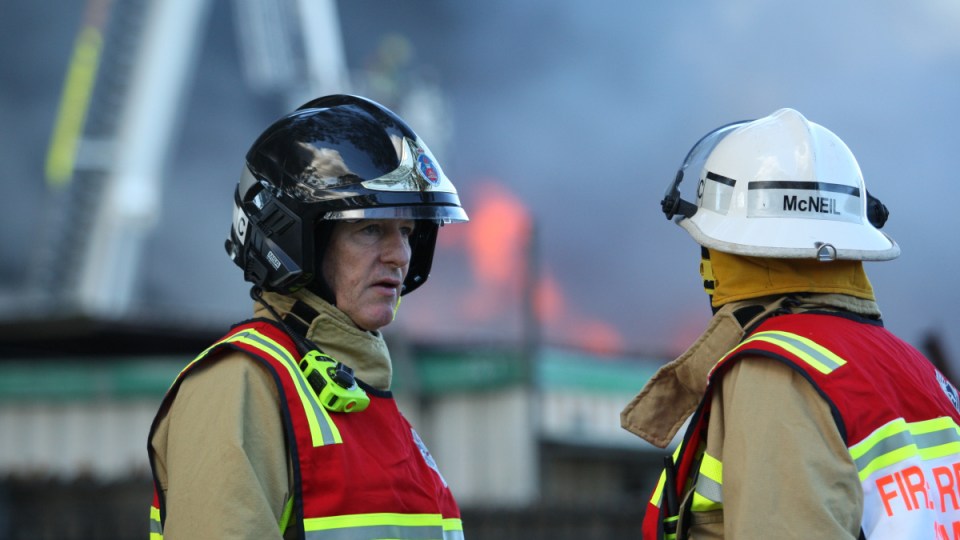 Greg Mullins (left) says the conversation around whether to pay volunteer firefighters should be had after the fire season. Photo: Supplied

Volunteer firefighter Greg Mullins has just spent 21 hours straight in uniform, on the front line – but he still says now is not the time to be debating pay, or lack thereof.

What needs to be at the forefront of discussion, he says, is how to sustain the firefighting effort, as blazes continue to rage across the country.

His comments come after Veterans’ Affairs Minister Darren Chester questioned whether it was “sustainable in the longer-term” to expect firefighters to “be out there in the field for days, weeks and months”.

“That’s a long time away from your family,” Mr Chester told ABC News Breakfast on Friday.

Any decision to pay them will constitute a “knee jerk reaction” to Australia’s bushfire crisis, Mr Mullins said.

“Knee-jerk reactions very rarely work,” he told The New Daily, adding that money would not be a motivator for him to continue his time with the fire authorities.

On Saturday, Labor leader Anthony Albanese called on the Prime Minister to stop teasing rural firefighters and make an announcement on volunteers’ pay.

Mr Albanese said some volunteer firefighters had been on the front line for nine out of ten days while others had been forced to take out loans to cover their mortgages.

On December 21, Mr Mullins spent some 17 hours in the NSW town of Blackheath battling flames up to 30 metres high. An extra four hours was spent travelling to and from the area.

“Lots of homes were saved,” he said.

In this fire season, volunteers have typically had to work 12-hour shifts, he added.

“You need a good day to recover afterwards,” he said.

To be able to help Australians on the worst day of their lives is a wonderful thing, he said.

“It’s (also) great being back with highly motivated people,” he added.

The discussion about whether or not to pay volunteer fireys needs to be had after the fire season.

Now, the focus should be on recruiting more firefighters because there’s strength in numbers, he said.

As the demographic of volunteer crew grows older, the question needs to be asked: why aren’t more young people volunteering?

Mick Holton, president of the  NSW Volunteer Fire Firefighters Association, does not think volunteer firefighters should be paid a wage.

“A lot of volunteers are concerned that by receiving a wage, that makes them no longer a volunteer, it breaks down the volunteer ethos,” Mr Holton said.

He does, however, believe their expenses, including loss of income, should be covered to ensure they “keep coming back”.

But given this terrible fire season, volunteers can’t afford to keep coming back all the time, especially if they’re self-employed, Mr Holton explained.

It’s a huge saving to not have to pay volunteers so picking up any legitimate expenses is the very least that can be done, Mr Holton said.

Volunteer says pay debate needs to wait until bushfires are over