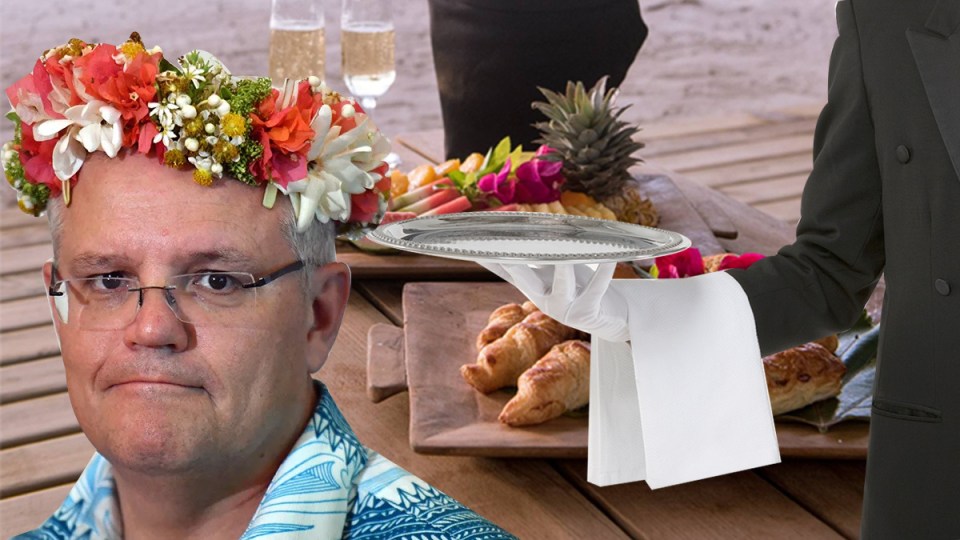 Prime Minister Scott Morrison has declared the free upgrades for his Fijian holiday in June.
exclusive

Prime Minister Scott Morrison scored a free upgrade worth thousands of dollars at the Fijian resort of Turtle Island in June to secure a $3000-a-night luxury bure with a private beach and a personal butler.

It boasts that guests are sometimes “close to tears” when it’s time to go home.

Just days after revelations the PM enjoyed an overseas getaway to Hawaii with his family during a national bushfire emergency, fresh details of his first overseas family trip to Fiji in July have emerged.

Turtle Island told The New Daily it upgraded the Morrison family from the $2500-a-night Water’s Edge Villa to the $3174-a-night Grand Villa.

The resort was founded by American entrepreneur Richard Evanson.

The Australian has reported one of its part-owners is Andrew Fairley, a superannuation law expert and chairman of the $15 billion industry fund Equipsuper, and one-time deputy chairman of Tourism Australia, where Mr Morrison earlier worked on the ‘Where the Bloody Hell Are You?’ campaign featuring Lara Bingle. 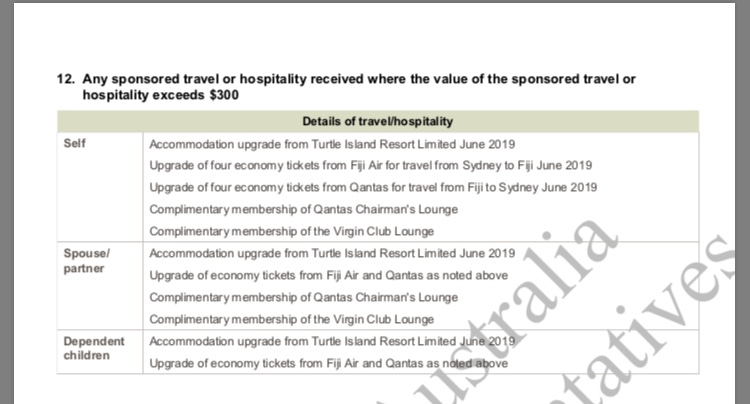 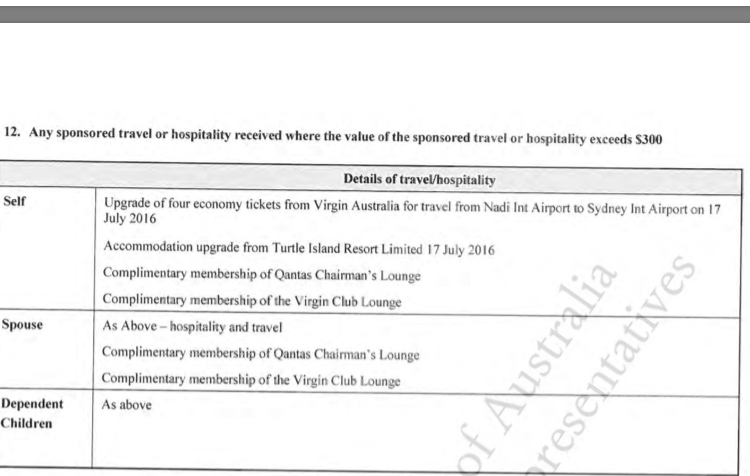 The Prime Minister’s Office did not respond to questions over whether taxpayers footed the bill for Mr Morrison’s AFP security team to stay at a separate $3000-a-night bure.

If the Morrison family stayed five nights on the island, the freebie was worth $3370 or $4718 for seven nights.

The family also accepted free upgrades on flights during the same trip, suggesting the Prime Minister enjoyed thousands of dollars in freebies and upgrades during the trip.

It’s a far cry from the more modest family road trip to the Shoalhaven that the PM the highlighted on Facebook earlier this year when he drove down the coast with a trailer.

The resort’s $4000-a-night Vonu Point Villa was booked out. The most luxurious villa is at the north end of the Blue Lagoon.

According to Turtle Island’s website, “Vonu Point offers unbroken views of powder-white beaches, the sea and nearby islands. Inside, an inviting spa bath overlooks the archipelago. The villa opens onto a private garden, where you can enjoy 300-degree sweeping views from the day bed or the hammock”.

The Morrison family has established a tradition of jetting out to the five-star Turtle Island resort after the past two federal elections in July 2016 and June 2019.

The Prime Minister’s register of interests to Parliament also confirms that the Morrison family was given a free upgrade to more luxurious accommodation on the island.

The purpose of the Register of Members’ Interests is to place on the public record any gifts, freebies or memberships that “may conflict, or may be seen to conflict, with their public duty”.

Turtle Island prides itself on encouraging guests to wind down by not offering wi-fi in the villas.

Meals are served communally at one long table and include Indian spiced eggs, shrimp omelette or parfait cinnamon yoghurt with papaya compote for breakfast.

The private beaches include a sign that can be flipped from Vacant to Occupied to warn other holidaymakers to steer clear of your private beach.

Last Sunday, Mr Morrison said he regretted his Hawaii trip and if he had his time again he would do it differently.

“I’m sure Australians are fair-minded and understand that when you make a promise to your kids you try and keep it,” he said.

“As Prime Minister, you have other responsibilities and I accept the criticism.”