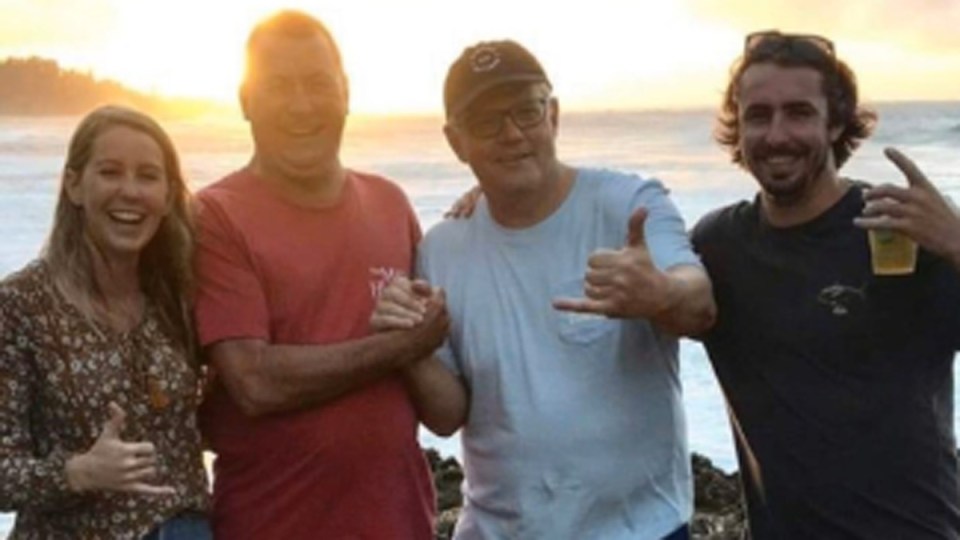 Scott Morrison has declared his Hawaiian holiday “over”, but it’s taxpayers who will pick up the tab for a team of Australian Federal Police officers providing round-the-clock security on his family adventure.

The PM’s close personal protection (CPP) officers must travel with him at all times and Mr Morrison has no choice but to take them with him if he chooses to holiday overseas.

Equally, the AFP has no alternative but to send police to protect him if he chooses to holiday overseas, which is highly unusual and was not the common practice of former prime ministers John Howard, Tony Abbott, Julia Gillard and Kevin Rudd.

The New Daily has confirmed that the Prime Minister’s CPP officers were required to fly overseas for two Morrison family holidays in the past six months – Fiji in June and now Hawaii in December.

The Prime Minister’s office confirmed the Morrison family will pay for their flights and accommodation for the trip.

A spokesman for the PM confirmed the security detail sent was “small” but would not comment on the size or the cost, as is normal practice.

Flights and luxury accommodation for a two-person security team in Fiji and Hawaii could easily cost an estimated $20,000 for both trips combined.

If a larger security team was involved, the costs could be even higher.

Those costs would not be incurred if Mr Morrison chose to holiday at home.

Five years ago, the cost of the CPP program for the PM and Governor-General was estimated at $10 million a year.

During official overseas trips, the PM travels with a team of four or more AFP officers.

Two remain with him at all times while another team sets up live CCTV vision of the hotel floor he is staying on and watches everyone entering the floor, which is generally locked off from other guests.

Even with a smaller team on the Hawaiian trip, the security team must prepare a Standard Tactical Plan (STP) and Post Visit Report (PVR) every time the PM goes overseas.

Under parliamentary rules, the Prime Minister must declare any gifts and flight upgrades to Parliament.

Those records confirm his family secured flight and accommodation upgrades worth thousands of dollars during the family’s recent trip to Fiji in June.

The family’s economy flights were upgraded for free to business class by Qantas and Fiji Air on both legs of the journey.

The Turtle Island resort upgraded the Morrison family to more luxurious accommodation free of charge after they paid for the initial booking.

Mr Morrison apologised again on Sunday for jetting off to Hawaii during the bushfires and said lessons had been learned over the secrecy surrounding the trip.

“The time for that discussion is over,” Mr Morrison said.

“We need to focus on what is going out there today.

“If we had our time over again and the benefit of hindsight we would have made different decisions.

“I accept the criticism and that is why Jenny and I agreed it was important that I returned, particularly after the tragedies we saw late this week.”

But one woman who lost her home in the bushfires told ABC News said his overseas holiday was a failure of leadership.

“You actually have to lead from the front. And no, I don’t expect him on the hose, he’s pathetic at everything,” Susan Alexander said.

“He would be useless at it. I don’t expect him on the comms, but I do expect him to lead.”

Threat of bushfires kept other former PMs at home

Australian prime ministers have traditionally stayed close to home over the summer break when the threat of bushfires, cyclones, and even tsunamis overseas that tragically killed Australian tourists, have forced political leaders to return to work.

The last PM known to have travelled overseas during summer was six years ago when Tony Abbott announced he would travel to Paris to spend time with his one of his daughters who was based overseas for work.

He flew economy and took two AFP officers with him.

It was a trip his staff said he was prepared to cancel at “a moment’s notice” if there was a natural disaster.

When he was PM, his AFP security joined him at the caravan park.

Former PM John Howard liked to holiday at Hawks Nest until media attention became a problem. After he left office he returned to his favourite holiday spot.

“Well, I wouldn’t have made the decision that he made to go,” Mr Albanese said.

“He chose to leave. He chose also to do it in a way that I think created a major issue of secrecy.

“This government has a real problem with being accountable.

“It is part of Mr Morrison’s character, that when asked a question … he dismisses it, or he prevaricates, he speaks about ‘the bubble’, or he says it’s just gossip, and he won’t provide answers to a simple question whether it’s in Parliament or from the media.”

As for his holidays, Mr Albanese added, “I will not be going overseas”.

Not even catastrophes like these seem to bring any political action. How is this possible?
Because we still fail to make the connection between the climate crisis and increased extreme weather events and nature disasters like the #AustraliaFires
That's what has to change.
Now. https://t.co/DQcZViKJQz

The Prime Minister said there was no need to change his policy on climate change.

“People can expect my government to do what it promised to do, what we took to the last election,” Mr Morrison said.

“I know there are some who’ve tried to make political points and score points in the midst of these disasters, and that’s disappointing.

“I will do what I said I would do because that is how I am with the Australian people.

“I have always acknowledged the connection between these weather events and these bushfires.”