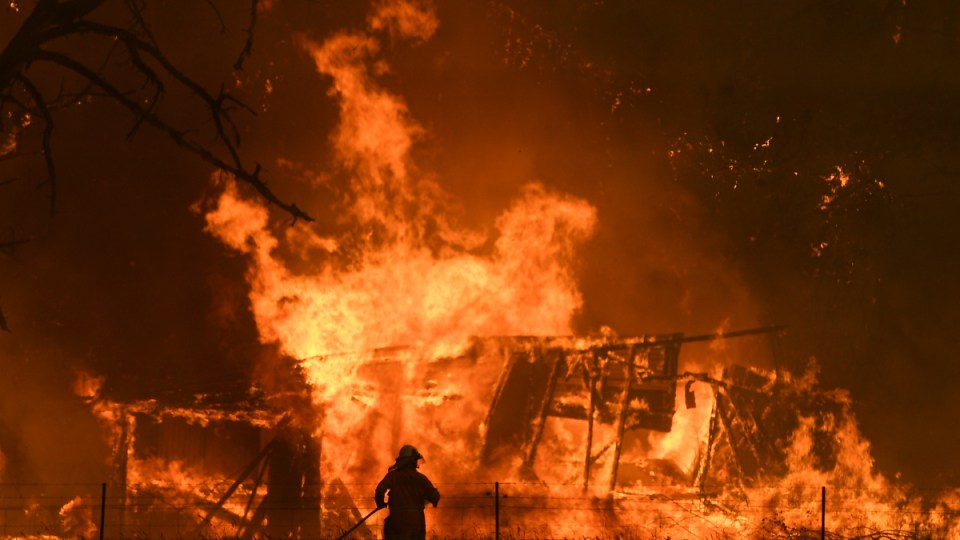 Mr Morrison landed in Sydney on Saturday night on an Hawaiian Airlines flight from Honolulu after cutting short his family holiday following the deaths of two volunteer firefighters.

Morrison has conceded he caused “great anxiety in Australia” by jetting off to a tropical paradise as bushfires claimed lives and property across Australia.

With the benefit of hindsight, he said, he would have made a different decision, admitting he had placed the promise of a Christmas getaway he made to his family above the public’s expectations of leadership at a time of national crisis.

“If you had your time over again and you had the benefit of hindsight we would have made different decisions,” Mr Morrison told reporters in Sydney.

“I am sure Australians are fair-minded and understand that when you make a promise to your kids you try and keep it.

The Prime Minister has copped widespread criticism for secretly slipping away as his office refused to confirm if he was on leave and who was acting prime minister.

He was photographed at a bar in Hawaii with wife Jenny after apologising to the nation on Friday for his absence, saying: “I deeply regret any offence caused to any of the many Australians affected by the terrible bushfires by my taking leave with family at this time.”

Federal opposition leader Anthony Albanese criticised the lack of transparency as to who was running the country.

“I find it quite extraordinary that the usual protocols of the prime minister saying he is going on leave, how long he would go for and who would be acting in his absence have not been followed and, indeed, media inquiries were met with misinformation, at best,” he said on Saturday.

His return comes after firefighters in NSW endured one of the worst days in the state’s history, with extreme temperatures, low humidity and strong winds fanning towering flames that consumed dozens of properties.

An elderly man remains missing and there are fears for his life after his home was “enveloped by fire” when he refused to leave, according to Rural Fire Service commissioner Shane Fitzsimmons.

Dozens more properties were destroyed or damaged, bringing the total loss of property in Australia since the start of the bushfire crisis to more than 700.

A southerly wind change in the evening caused more mayhem, fanning  fires in new directions and causing erratic fire behaviour, before creating cooler conditions for the 3000 firefighting and emergency personnel in the field.

A fire-generated thunderstorm also formed over fires in the Shoalhaven.

This incredible video was taken by firefighters in the early hours of this morning on Hat Head Rd at #Blackheath, when the fire burnt out of the valley threatening homes. #nswrfs #nswfires pic.twitter.com/r85ccBIEeF

With the worst of the southerly blast over, NSW authorities say they must now count the cost of a horror day amid warnings that two bushfires in the Blue Mountains have joined together and could connect with the huge Gospers Mountain “mega fire”.

“It was the state’s most dangerous bushfire day by a long shot,” he said.

“Although the forecast for cooler weather next week will allow some reprieve … we’re not out of danger, so complacency is not an option.”

With forecasts predicting close to a week of advantageous conditions across NSW, Mr Fitzsimmons said his crews would ‘make hay’.

Tougher conditions would likely return later in the week or next weekend.

NSW Ambulance chief executive Dominic Morgan said many firefighters suffered heat exhaustion while battling 112 fires, which were having a “big impact” on demand for emergency services.

Mr Fitzsimmons added one firefighter at Lithgow had been treated for smoke inhalation and another at Gospers Mountain was struck by a car.

VIC: Mild conditions on Sunday are helping firefighters get ahead of blazes in Victoria’s East Gippsland region.

The bushfires, which have been burning since November 21, flared up on Saturday after a cool change passed through, bringing dry lightning strikes.

Emergency warnings have since been downgraded, with firefighters planning to take advantage of mild conditions to strengthen containment lines.

QLD: Firefighters face another day of severe danger across parts of Queensland before conditions ease heading into Christmas week.

More than 60 fires are burning within containment lines across the state as crews continue backburning operations.

Fears the catastrophic fire conditions experienced in southern states would push into Queensland have eased. However severe conditions are expected in the Central Highlands and Coalfields and the Upper Flinders region.

The hot conditions are expected to continue but rain could be on the way for Christmas.

SA: Adelaide Hills residents are being allowed to return to their homes although a devastating bushfire continues to burn.

From Sunday police will start to lift restrictions at some road blocks, allowing locals from within the fire zone to return to their properties and survey the damage.

So far the blaze, which was sparked during catastrophic conditions on Friday, has destroyed more than 25,000 hectares.

The Country Fire Service said while there was still some fire activity in the northwest section near Cudlee Creek, the situation had moderated during Saturday.