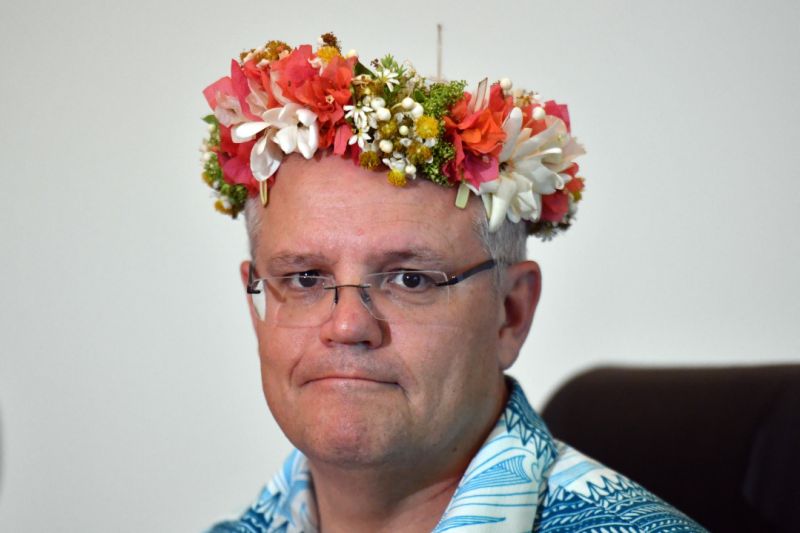 PM Scott Morrison is finally back in Australia after cutting short his family holiday. Photo: AAP

Prime Minister Scott Morrison has touched down in Sydney after cutting short his Hawaiian holiday, and is expected to meet with fire chiefs on Sunday morning.

The Prime Minister’s return followed days of criticism over his decision to take a family holiday during the bushfire crisis.

The period of leave was not formally announced and the Prime Minister’s Office had told journalists he was not in Hawaii.

Mr Morrison announced on Friday morning he would cut short the family vacation, after the deaths of two firefighters in New South Wales.

conceded that the bushfire crisis has increased community concerns about global warming and said he “absolutely” accepts more action is needed to address climate change.

The Nationals leader — who was filling in for Mr Morrison while he was away — has previously criticised people for linking bushfires to climate change.

As several blazes raged at emergency level in New South Wales, Mr McCormack was asked if he accepted that community sentiment and fear of climate change had increased as a result of the unprecedent bushfires and if further action should be taken.

“Yeah I do, absolutely — yeah I do agree entirely,” Mr McCormack said.

When asked what more could be done, he said “we’ll have those discussions” while adding there has been “a lot of hysteria around climate change”.

“Climate change isn’t the only factor that has caused these fires.
Space to play or pause, M to mute, left and right arrows to seek, up and down arrows for volume.

Despite agreeing more needed to be done, Mr McCormack took aim at those calling for the shutdown of coal mining, saying the industry “provides almost two-thirds of our energy needs” and contributes $62 billion worth of exports.

“For all those people running around saying we should abandon coal right now, I mean what are they going to do with our electricity and power needs this summer if we stop all our coal fired power stations,” he said.

“If we shut them all down today, what on earth are we going to do as far as our energy needs.”

Mr McCormack added that he had been receiving briefings on the bushfire situation in New South Wales and South Australia and the Commonwealth was ready to assist if necessary.

He said Mr Morrison was on his way back to Australia and his flight was expected to land later today.

“Scott Morrison is on his way back to the country and that’s a good thing he certainly made it clear that he regrets any offence caused to anyone for him being away,” he said.
-ABC