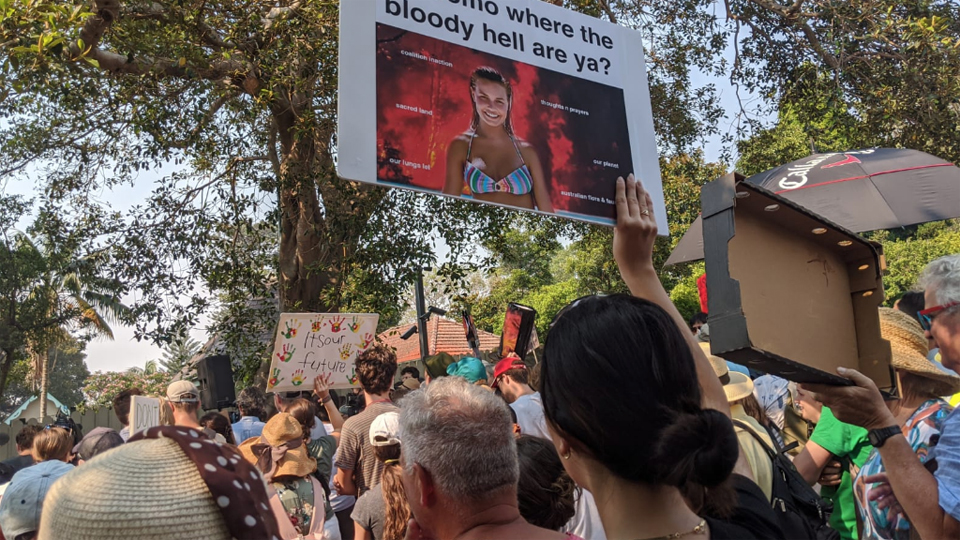 NSW Police said nine adults and a child had been arrested for disobeying a police direction to move on.

Climate protesters on Thursday morning set up a tent city outside Kirribilli House as they demanded urgent action amid unprecedented bushfires, vowing to stay put until he returns from holiday.

The Prime Minister is reportedly on a family holiday in Hawaii, although his office has repeatedly refused to confirm where he is.

Student Ambrose Hayes, one of the organisers of Thursday’s protest, said activists planned to remain at the residence until December 26, when they believe Mr Morrison will return home.

The 14-year-old encouraged people to bring tents, snacks, dust masks and board games to the “Kirribilli camp-out”.

“Even though he’s entitled to a holiday, it shouldn’t be at a time where Australia is in crisis,” he said.

“Our direct message to Scott Morrison is for him to come home. Even though he’s entitled to a holiday, it shouldn’t be at a time where Australia is in crisis,” Ambrose told the gathering.

Demonstrators, some them wearing Hawaiian shirts, carried placards declaring “the time to talk is now” and “C’mon SloMo”.

They called on the federal government to take immediate action on climate change and urged no new coal and gas projects, a transition to 100 per cent renewables and funding for affected fossil fuel workers.

Sydney doctor Dr Kim Loo said there was no framework currently in place to deal with the effects of climate change on health.

“It is negligent not to do anything about mitigation or adaptation. It is criminal to continue mining, burning, exporting oil, coal and gas because it’s fuelling the crisis,” Dr Loo told the crowd.

“And this is the greatest crisis to our health in the 21st century.”

“Everyone is gathered here today to ask one question, ‘Where the bloody hell is the prime minister?'” Dr Faruqi said.