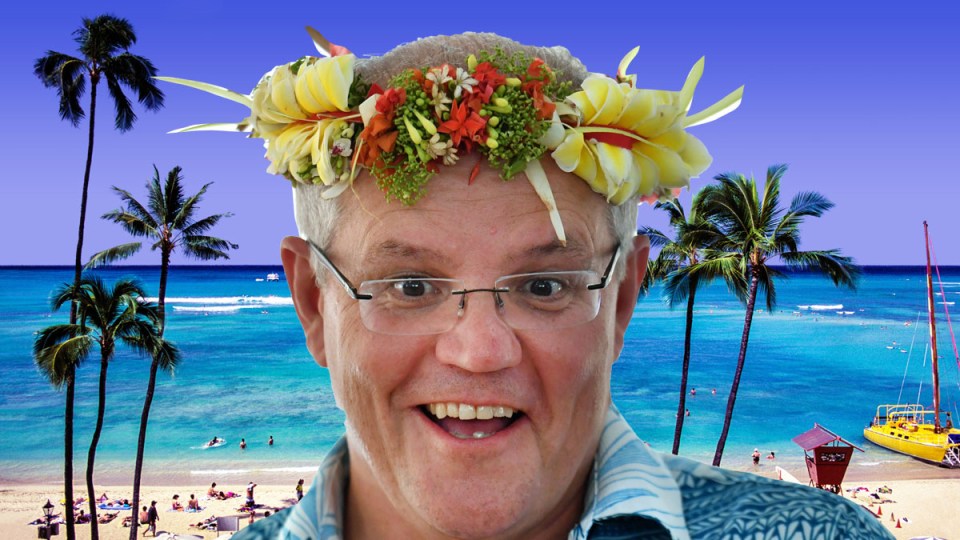 Samantha Maiden has been nominated for her scoop on Scott Morrison's holiday. Photo: TND/Getty

Scott Morrison escaped Sydney’s bushfire air pollution crisis on a business class Jetstar flight to Honolulu, according to eyewitnesses who claim to have seen him check in to the flight.

Airport sources have told The New Daily that the Prime Minister jetted out to Hawaii days ago, despite his office claiming on Monday this was ‘wrong’.

“ScoMo was checked in to the Jetstar flight to Honolulu a few days ago,” he said.

The New Daily has contacted the Prime Minister’s office about the claims and it has declined to comment.

Mr Morrison’s office has also refused to disclose his whereabouts this week, saying only that he is on a family holiday.

The rumour mill went into overdrive on Monday after NSW Greens MP David Shoebridge claimed the PM had flown to Hawaii with his wife Jenny and daughters Abbey and Lily.

“Where’s the Prime Minister? We just confirmed with the Deputy PM’s office that he’s acting PM until at least Thursday,” Mr Shoebridge said.

“Have they noticed the country is on fire? We have heard rumours @ScottMorrisonMP is in Hawaii #ClimateEmergency.”

Scott Morrison : WHERE THE BLOODY HELL ARE YOU??? #AustraliaBurns #AustraliaFires

“I have many criticisms of Scott Morrison – one of them isn’t when he chooses to go on leave with his family,” he said on Wednesday.

The Prime Minister’s pre-Christmas break comes as he remains under fire from critics for failing to take stronger action on climate change.

On Monday night, the group Emergency Leaders for Climate Action – a coalition of 29 former emergency services bosses – called for a national summit to fill a leadership vacuum it claimed had been left by the Coalition government.

In 2010, Glen Turner asked the panel if Christine Nixon's absence while bushfire evacuations were underway was acceptable. Scott Morrison responded by saying that she'd "clearly made a bad judgment call". #QandA pic.twitter.com/3I0USelc3t

On Tuesday it emerged that Mr Morrison had criticised then Victoria Police chief Christine Nixon for choosing to eat dinner at a gastropub as the horror of Black Saturday, the worst bushfires in the state’s history, unfolded.

“She’s clearly made a bad judgment call. That happens to people from time to time, but this was a very serious issue,” Mr Morrison told the ABC’s Q&A program in 2010.

“I think there are very serious concerns in the community about exercising judgment, and it’s incumbent on all of us in public life to make decisions following that in the best interests of the ongoing nature of the program.”

Sydney has endured weeks of choking haze from unprecedented bushfires across NSW. This week, a record-breaking heatwave is making its way across south-eastern Australia, with temperatures set to exceed 40 degrees in many parts of the country.