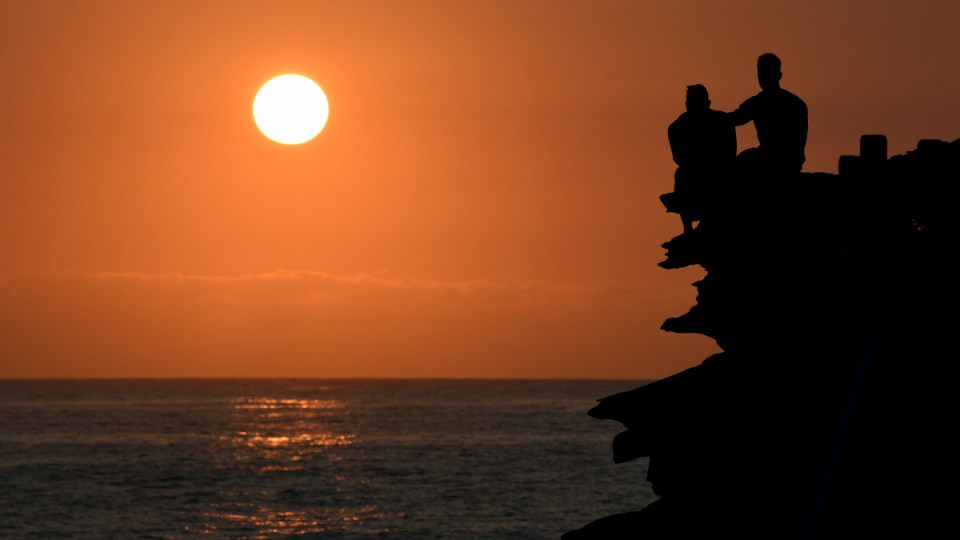 Millions of Australians will endure days of record-breaking heat this week. Photo: AAP

A scorching heatwave, with temperatures in the 40s, is set to strike again after Australia already endured its hottest day in history.

Only days after the country’s average temperature spiked at 40.9 degrees on Tuesday, that record may fall with predictions that the mercury will soar on Thursday and Friday.

Three capital cities are in for another day of sweltering heat, with Sydney, Adelaide and Canberra are all forecast to hit 40 degrees on Thursday.

South Australia will cop the brunt of Thursday’s heat, with the capital forecast to reach 44 and western areas of the state even more.

In south-central SA, Wudinna will reach 49 degrees on Thursday, as will with the Western Australian town of Forrest.

Bureau of Meteorology forecaster Simon Timcke said heat that had been building in the middle of the country was moving south, creating the extreme conditions.

The heatwave will continue to intensify, with southern and central Australia experiencing temperatures up to 16 degrees above average by Friday.

The sizzling heat combined with strong winds could wreck further bushfire devastation, with warnings that Sydney’s ongoing mega-fire might encircle the city.

Up to 100 bushfires rage across NSW, with extreme fire danger warnings for the greater Sydney, Illawarra and Shoalhaven and Southern Ranges areas on Thursday.

Premier Gladys Berejiklian warned there were significant bushfire risks on Thursday and Saturday, with the potential for “exceedingly concerning” winds to blow embers well ahead of fire fronts.

RFS commissioner Shane Fitzsimmons said fires would be “erratic and significant” due to the winds.

“We’ll have high sustained fire dangers for something like 15 hours,” he said.

The main concern is the huge Gospers Mountain fire north-west of Sydney. It is burning out of control on multiple fronts in the Wollemi National Park.

There are also very high danger warnings for central areas of Queensland for Thursday, as crews battle about 70 fires across the state.

Heading into the weekend, all coastal towns from central Queensland to the NSW border will have a very high fire danger. Parts of the state’s central and south are expected to be under severe danger.

On Tuesday, Australia sweltered through its hottest day on record, with the nation’s average temperature hitting 40.9 degrees – breaking the mark of 40.3 set in January 2013.

Temperatures were well above 45 degrees for much of the interior on Tuesday.

Preliminary results suggest that the 17th December was Australia's hottest day on record at 40.9 ºC, with the average maximum across the country as a whole, exceeding the previous record of 40.3 ºC on the 7th January 2013. https://t.co/TKwWBuFPgJ pic.twitter.com/xOFpokoXos

Temperatures soared across South Australia and Victoria on Wednesday, with Adelaide facing a four-day run that is expected to peak at 44 degrees on Friday.

In north-western NSW, the weather bureau’s Smithville outpost recorded 44 degrees on Wednesday afternoon – the highest in the state.

Parts of Queensland also sweltered, despite a cool change bringing relief to Brisbane after it hit 41.2 degrees on Monday, its highest December temperature since 1981.

Melbourne reached 39.7 just before 3pm (AEDT), although a cool change was set to bring some brief respite to the Victorian capital.

“We know that combined effects of bushfire smoke and extreme temperatures have potential to cause severe illness, hospital admissions and even death,” he said.

“Heat puts lot of strain on the body and can cause dehydration, heat stress and heat stroke. It can also make underlying conditions worse. People over the age of 75, people with chronic conditions and those who live alone are most vulnerable.”

Drivers have also been warned to check vehicles before hitting the roads, as breakdowns are more likely to happen in extreme heat.

Meanwhile, police have warned drivers not to leave children in cars in hot weather – after officers in NSW were called to two incidents in Griffith at the weekend.

Murrumbidgee Police District Inspector Kim Traynor said the four children were fortunate to have been harmed.

“By leaving your child in a car you are placing them at great risk of dehydration and heat stroke, or even abduction,” Inspector Traynor said.

“We are urging the community to be mindful, particularly as the weather heats up.”

Victoria could record its hottest December day on Friday if centres in the north-west, such as Mildura and Swan Hill, reach a forecast 47 degrees.

“We’re expecting a lot of December records to be challenged, particularly in north-west, north-central Victoria. Some parts of north-west Victoria may get very close to records for any time of the year,” BOM climatologist Dr Blair Trewin said.

Mildura is forecast to swelter through three consecutive days of 45 degrees and above.

“That’s only happened once before in 1939 so it is certainly a very significant heatwave, particularly for December,” he said.

There will be total fire bans across much of Victoria on Thursday, extending to the whole state later in the week.

Temps to soar again after Australia endured its hottest day