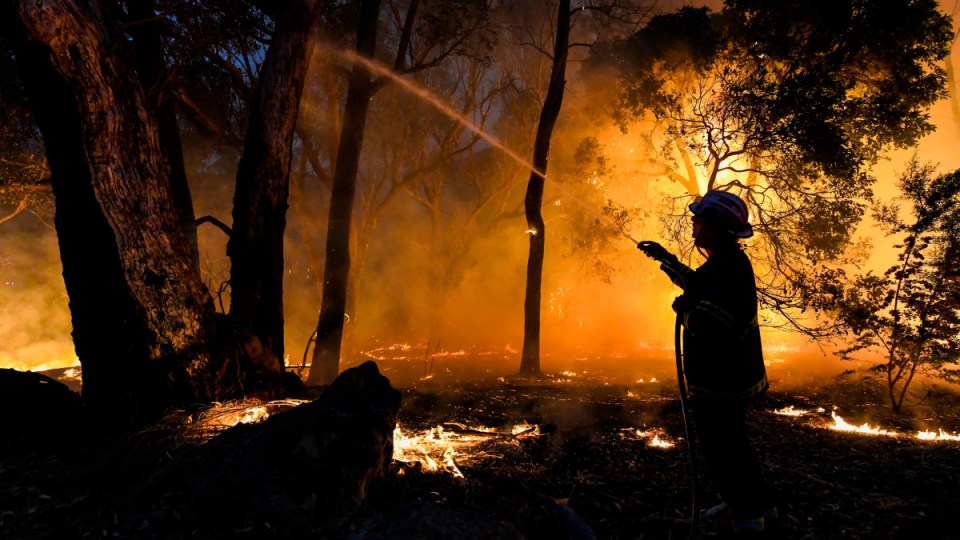 Communities are the focus on the ground, but people are also wondering: Where is Scott Morrison? Photo: AAP

The federal government has been accused of being “asleep at the wheel” on climate change as a coalition of former fire chiefs vowed to take matters into their own hands to address the bushfire crisis.

Emergency Leaders for Climate Action – a group that has grown to include 29 former emergency services bosses – wants a national summit to fill the “leadership vacuum” left by the Morrison government.

It comes as firefighters scurry to deepen containment lines to stop the most threatening of bushfires spreading closer to homes, and the country prepares for a heatwave that’s expected to fan fires this week.

Late on Tuesday afternoon, the NSW Rural Fire Service declared total fire bans across the state until midnight on Saturday.

Meanwhile, in Canberra circles more fuel is being added to a rumour that Scott Morrison is “missing in action” on holidays in Hawaii.

As The New Daily reported on Tuesday, the PM’s office is keeping his location secret. But it did confirm he’s on holidays with wife Jenny and their girls.

That has only further angered critics – and spurred the call to arms from former fire chiefs.

“What I’m seeing is an absolute crisis in the leadership that we do not have right now in this country,” he said in Sydney on Tuesday.

“Our leadership is asleep at the wheel. In fact, in some areas, I think it’s on life support.”

“This is not speculation – this is science,” he said.

Other members of the group offered equally stark warnings on the desperate need for action.

Former Fire and Rescue NSW commissioner Greg Mullins said the group was prepared to act if the federal government remained “missing in action”.

He said firefighters – many of whom had been fighting blazes for months – were doing a “fantastic” job and should not be criticised.

But Mr Mullins said while crews were well resourced “it’s not enough … because of climate change”.

“Climate change is driving this problem to a place where you simply can’t deal with it,” he said.

Emergency Leaders for Climate Action wants a national emergency summit to be held at the end of the current bushfire season.

They hope Mr Morrison, federal Labor leader Anthony Albanese and the Greens will all attend.

Greg Mullins said: “We are deeply concerned with the unprecedented scale and ferocity of the current bushfire crisis…Climate change is the key driver to the worsening conditions but the Federal Government remains in denial as far as credible action on emissions goes.” #auspol pic.twitter.com/aH3jRXnN83

“It’s shameful the government has not sat down with the fire chiefs,” Dr Chalmers said.

“It is shameful in the extreme that Scott Morrison hasn’t taken the views of those senior firies on board.”

Former Tasmania Fire Service chief Mike Brown said a fresh national approach to bushfire management was needed “across the board”.

“Fires don’t recognise state boundaries. We need services to be able to adapt to this new normal,” he said.

“We are seeing major losses at the moment and we are only a week into summer. There’s some urgency about this.”

More than 2200 firefighters were battling more than 115 blazes across NSW on Tuesday. There are also bushfires in Queensland and Western Australia.

But federal Water Minister David Littleproud insisted the government was doing its bit.

“We’ve made a commitment to the global community around emissions and we’re working towards that and we’ll put the shoulder to the wheel and make sure we live up to it,” he told ABC TV.

“We’re Australians, we do what we say we’re going to do.”

Mr Littleproud warned people to be careful not to “inadvertently talk down” the preparation fire authorities had made for this bushfire season.