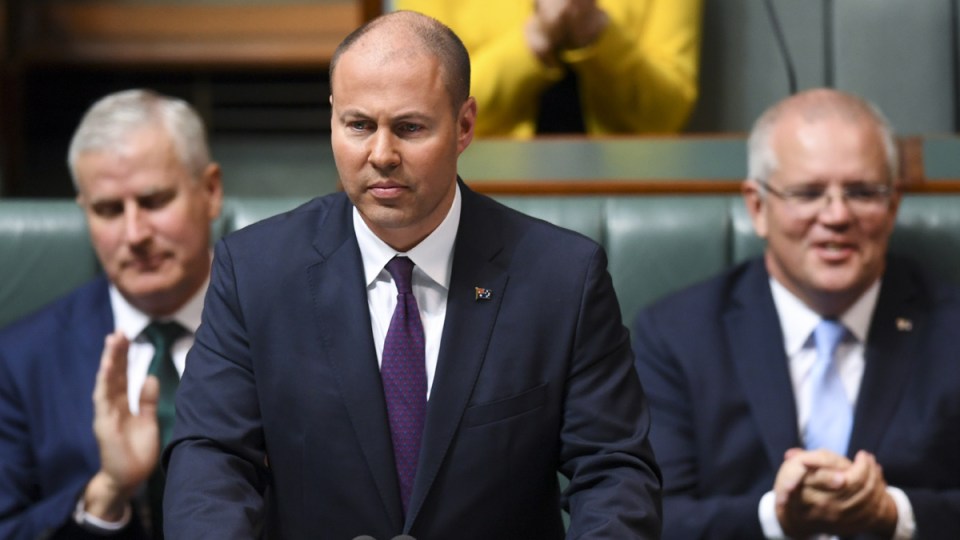 As the government pledges the first surplus in a decade will survive a massive revenue writedown, the Morrison government will outline an update to the budget position that is expected to include gloomier predictions on wage growth for workers than previously forecast.

It will also update the budget figures on new spending on aged care and the drought, which has been announced since the election.

The Australian newspaper reported on Sunday night the government will confirm a revenue writedown of $30 billion that will be offset by savings and not delay the projected surplus this year.

The Treasurer announced a forecast surplus in the April 2 budget, which is expected to be confirmed this financial year.

“We get data monthly and that seems to still be on track.”

Labor’s treasury spokesman Jim Chalmers said workers were worse off by up to $2000 a year as a result of lower-than-expected wage growth.

“The mid-year update will be a humiliating admission that the government has got the economy wrong at every turn,” Dr Chalmers said.

“A humiliating admission that growth is slower, wages are weaker, and more than half the debt that has accumulated is Liberal debt.

Dr Chalmers said the average full-time worker was earning $2200 less than the government said they would be.

“What this shows is that no matter how hard Australians are working, they just can’t seem to get ahead,” he said.

“Australians are working really hard, but their wages are stagnant.

“They can’t keep up with the skyrocketing costs of childcare, electricity and private health insurance.

“Ordinary Australians are copping it in the neck under this government, which has mismanaged the economy at every single turn.

“Wages are the best example of that.

“The mid-year update is their opportunity to come up with a comprehensive plan to turn around an economy that has deteriorated substantially since they took over.”

“Over the last quarter according to the National Accounts data, the growth in disposable income for people across Australia was the highest in more than a decade.”

The Treasurer has previously flagged he’s in talks with big business to provide further tax relief to help create jobs.

This year’s budget on April 2 announced an extension of the instant asset write-off but only for companies with a turnover of less than $50 million a year.

Reflecting on the British election result, Dr Chalmers said it was self-evident that Labor in Australia and overseas in the UK didn’t build a big enough constituency for change.

“I’ve been saying that for some time now. You can’t win an election just by preaching to your base.

“You need to build much bigger constituencies of support and that begins with a bedrock of economic credibility.”

“This debate has become unnecessarily polarised and Scott Morrison has fed that because he’s always looking for an excuse not to do anything on climate change,” he said.

“He’s always looking for a distraction from the fact that we’ve got emissions rising.

“He’s always looking for a political wedge and a scare campaign. But that doesn’t reflect where the Australian people are at.

“What the Australian people want is for us to listen respectfully to the experts and to the science.

“They want genuine action taken on climate change in a way that is respectful of people’s lives and livelihoods in places like regional Queensland.”