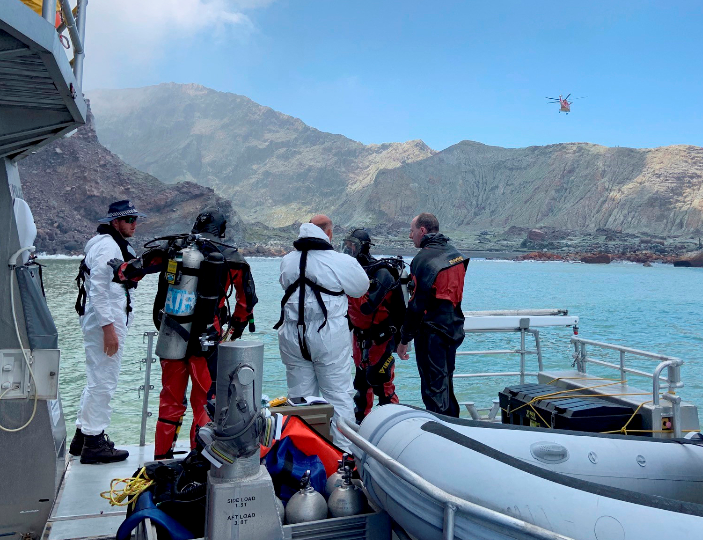 The man died in Sydney’s Concord Hospital almost a week after the deadly blast.

“Officers from Burwood police area command attended Concord Hospital following the death of a man after being medically transferred from New Zealand,” NSW Health said in a statement.

“NSW Health wishes to pass on our condolences to the family.”

The man’s family requested that his name and age was not released.

The condition of another Australian victim caught in the eruption stabilised in Concord Hospital overnight.

Three patients evacuated from New Zealand to The Alfred hospital in Melbourne remain in a critical condition.

There are now three NSW victims in stable conditions at local hospitals.

Some 47 people, including 24 Australian citizens and four permanent residents, were on the island when the volcano erupted on Monday.

Ten Australians are now confirmed dead, two are presumed to have died and 12 are still being treated in hospital after being repatriated with severe burns.

A recovery team returned to New Zealand’s White Island on Sunday morning but was unable to retrieve the remains of two people still missing after the eruption.