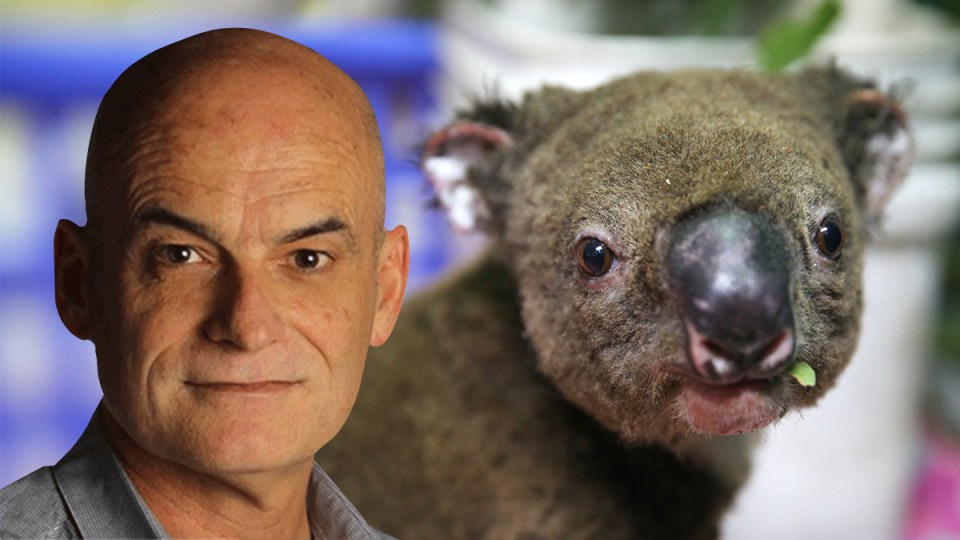 It’s your money. We know that. You’ve worked hard for it and you’re entitled to spend it any damn way you please.

There have been many heartbreaking stories to emerge from the current catastrophic wave of bushfires choking much of the east coast of Australia with ash, smoke and despair.

Human lives have been lost.

Immeasurable misery has been inflicted on those who have survived the infernos but lost property and treasured possessions.

Not quite as distressing – but disturbing, nevertheless – has been the response of some of our politicians and that nut-bag brigade of climate denialists who simply cannot bring themselves to admit something just might be happening with our weather patterns.

But surely the most bizarre tale to emerge from these unprecedented series of blazes has been the runaway success of a crowdfunding campaign for a koala hospital in Port Macquarie in northern New South Wales.

The campaign – launched on the GoFundMe website with an aim of raising $25,000 – has secured more than $1.8 million, an Australian record.

Initially established to fund the installation of automatic water stations, this unexpected fortune will now also be used to set up a koala breeding program in the wild.

So good luck to those devoted workers at the hospital who have been helping many of these marsupials recover from horrific burns suffered in the fires, while hundreds of others perished.

What’s not to love about the koala, apart from its annoying habit of ejecting a hot stream of eucalyptus-laced urine on those wanting to give it a hug?

It’s one of our iconic creatures.

It might be riddled with the sexually transmitted disease chlamydia, move sluggishly and sleep a lot because of the huge amounts of toxins it ingests.

But if all that was a crime no one would attend dance music festivals, either.

Still, some of us would like to understand why so many of you contributed your hard-earned cash toward this koala fundraiser and decided to bypass another bushfire-related GoFundMe campaign also based out of Port Macquarie.

Set up with a goal of attracting $100,000, the appeal will ensure all money will go to the Red Cross disaster relief fund “to help people recover and rebuild”.

Last time I looked it had attracted $55.

That’s right. Just $55 – enough to fill an empty petrol tank in the average car on a cheap fuel day.

Of course, dozens of well-meant bushfire fundraisers are currently running on GoFundMe and other crowdfunding sites.

But none have attracted the sort of pledges and publicity accorded to the koala campaign.

Never let it be said Australians don’t like helping those in need.

While the very rich in this country have never quite shared the enthusiasm for philanthropy shown by many of their peers in other western countries, the rest of us have been willing to reach into our pockets and donate to any deserving cause, whether it be famine in Africa, tsunamis in Asia or hardship experienced by our drought-affected farmers.

But it has also been easy to detect a growing sense of exhaustion across the country in recent years when it comes to giving.

From your local shopping centre with their Saturday morning tin rattlers to the hardware stores with the parents of scouts sweating over fatty barbecue grills.

From Irish backpackers in bright T-shirts accosting you on city streets wanting money for pandas running low on bamboo to the dozens of worthy cancer-fighting organisations competing against each other instead of working as one.

There’s also a growing cynicism, too, about so many charities and their extraordinarily high “administration” costs that often end up with less than 10 cents in every dollar making their way to the intended recipient.

So maybe that’s why some of you gave money to the koala hospital.

And it makes you feel good about yourself because you know there will be tangible results from your donation.

Unfortunately, it also suggests another modern trend; a distorted value system where animals are given higher priority than our fellow humans when it comes to empathy and our willingness to help.

I’d be embarrassed to admit I gave money to provide a few drink stops for some thirsty koalas when so much pain and suffering is being experienced by people caught up in this year’s firestorms.

But then, I’m also embarrassed to admit to the times when I’ve walked into the local shopping centre on a winter’s morning, seen the volunteer firefighters in their uniforms wielding their yellow buckets looking for donations… and walked on by because the gold coin in my pocket was needed to get a shopping trolley.

It won’t happen any more.

Those men and women who actually volunteer to go in and confront walls of flames are getting every spare dollar I can afford from now on.

So, too, the victims of these blazes.

The koalas? It’s your money. Do what you like with it.

But maybe it’s time to give the human race another chance.