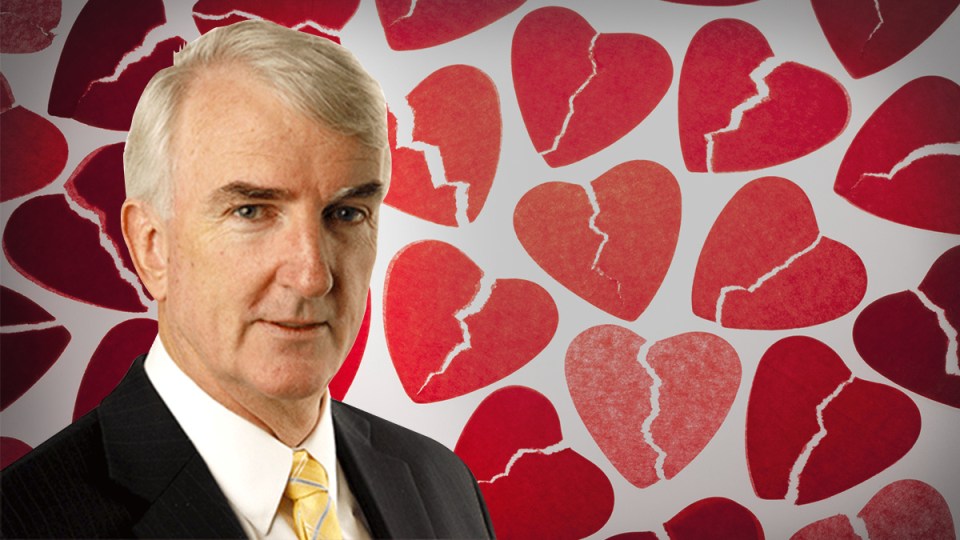 The Home Affairs department is punishing Australians for falling in love. Photo: The New Daily

The Kafkaesque absurdity of Peter Dutton’s dysfunctional Home Affairs Department has come to this: Australians are increasingly stuck in offshore limbo by a partner visa system guaranteed to generate ever-longer processing times with no regard for the suitability of otherwise of the people involved.

A quick example? A woman who has a PhD in economics from the University of WA, married to an Australian and the mother of an Australian, is forbidden entry into Australia while caught in a two-years-and-growing queue to have her partner visa application processed.

Her fifth-generation Australian husband also is eminently qualified and highly employable as an actuary.

If he renounced his Australian citizenship and applied for a skills visa, odds are he would be able to bring his young family to Australia more quickly and cheaply than joining the partner visa queue.

This is a queue that is expensive to join – $8000 please – and has no respect or care for individual circumstances.

It doesn’t matter how strong or weak the case is for a visa.

And the simple mathematics of the system’s administration means it gets worse by the day.

The Department of Home Affairs 2018-19 immigration program report last week showed that, in round numbers, 60,000 partners of Australians paid their money last year to join the queue of 90,000 people for one of 40,000 partner visas issued each year – the reduced cap set by Mr Dutton in 2017-18.

The department approves 90 per cent of applications and knocks back about 10 per cent, a proportion that has been steady for years.

However, former Immigration Department deputy-secretary Abul Rizvi notes the percentage of appealed rejections overturned by the Administrative Appeals Tribunal has risen to 59 per cent – “in other words, the quality of Home Affairs decision-making has been deteriorating”.

As the accompanying graph from the department shows, the ‘pipeline’ – euphemism for the queue – is designed to inevitably grow every year.

In September, the deputy-chairman of the House of Representatives public accounts and audit committee, Labor MP Julian Hill, requested an investigation by the Australian National Audit Office into the family migration program, particularly the processing of spouse and dependent child visa applications.

In response, the Auditor-General declined to conduct such an inquiry this financial year as there were already three audits under way and eight potential audits in the Home Affairs portfolio.

He said he would re-consider the request for the 2020-21 audit program.

This is after a February ANAO report found the department was not dealing with citizenship applications efficiently as processing times had increased with long delays between applications being lodged and decisions being taken.

The bare bureaucratic numbers barely hint at the pain being caused to Australians and their families by political fiat.

The example given earlier is that of Beauden Gellard, his wife Giang Nguyen and their son Dillon.

Mr Gellard is quick to point out that his family is in a much better position than many as he and Dr Nguyen are able to spend their limbo together in New Zealand – their skills are in demand globally –while others, for reasons of work or family support, are forced to become “Skype families”.

Mr Gellard and Dr Nguyen, originally from Hanoi, met at the University of WA more than four years ago when she was completing her PhD.

They lived together for two years and were married in July 2017.

A condition of Dr Nguyen’s student visa was a “no further stay” rule, meaning she could not stay in Australia while her partner visa was processed, so they decided to move to New Zealand where their son was born earlier this year.

“Whilst NZ is a great country and we are both able to live together here, the arrival of our (Australian) child has made this situation far more urgent for us, given we are alone in New Zealand without extended family,” Mr Gellard has written.

“This has made me realise the inherent unfairness in the Australian immigration program. I am an Australian-born citizen, my son is Australian, and due to my wife’s visa being in a processing queue, we cannot return home.

“I believe my situation would not pass the community expectations test with regards to the Australian immigration program.

“My large extended family is outraged by the treatment my wife and I have received, especially since my grandmother’s first great grandchild has been born in NZ and will not be able to meet for at least a year.

“Why is it that Australia, with one of the highest rates of migration in the developed world, artificially constrains the number of Partner Visas processed in a year, causing untold suffering on its own citizens, who are either separated from their immediate family, extended family/country of birth? Why is Australia unique in this regard?”

Mr Rizvi has questioned the legality of the artificial cap on partner visas, believing the law requires spouse visas to be managed on a demand-driven basis.

“Government seems to think it is good policy to keep tens of thousands of Australian citizens apart from their partners or to force them to live elsewhere while allowing scamsters to facilitate the entry of tens of thousands of non-genuine asylum seekers,” he has written on the Pearls and Irritations website.

“With the lack of places for partners in the migration program in 2019-20, that wait will rise.”

Mr Rizvi raises the possibility that the government’s proposed privatisation of the visa processing system could see the introduction of a “premium service channel” for an extra charge to jump the queue – and further extend the waiting time for those unable to afford the higher fee.

(There already is a two-tier system for family reunion visas for parents – a fast-track lane for the well-off while the rest wait for Godot. There were nearly 103,000 applications for parents’ visas on June 30 when just 6805 were granted in the latest year, down from 7371 in 2017-18.)

And, given the complete ministerial discretion on migration matters, the opportunity for significant corruption exists when mates or prominent people have the means to escape limbo early or avoid it altogether.

That potential can only grow. Our burgeoning international student industry and young Australians increasingly travelling and working abroad for extended periods means love will have its way, resulting in yet more partner visa applications.

What’s to be made of a government that punishes its own citizens for falling in love.

Disclosure: One of my daughters-in-law is South African. She is overseas in the two-year queue despite having an Australian husband and, any day now, twin Australian daughters.

Fortunately, she and my son are in no hurry to return home, busily contributing to another country’s economy for some years yet, but it’s galling to think that if they needed urgent support here, they couldn’t have it.

And then there’s the moral hazard of Dillon Gellard to consider – the family’s Kiwi friends have given the poor baby All Blacks paraphernalia as presents. If they get ‘em young…

Our absurdity: Spouses and parents of Australians left languishing in visa limbo