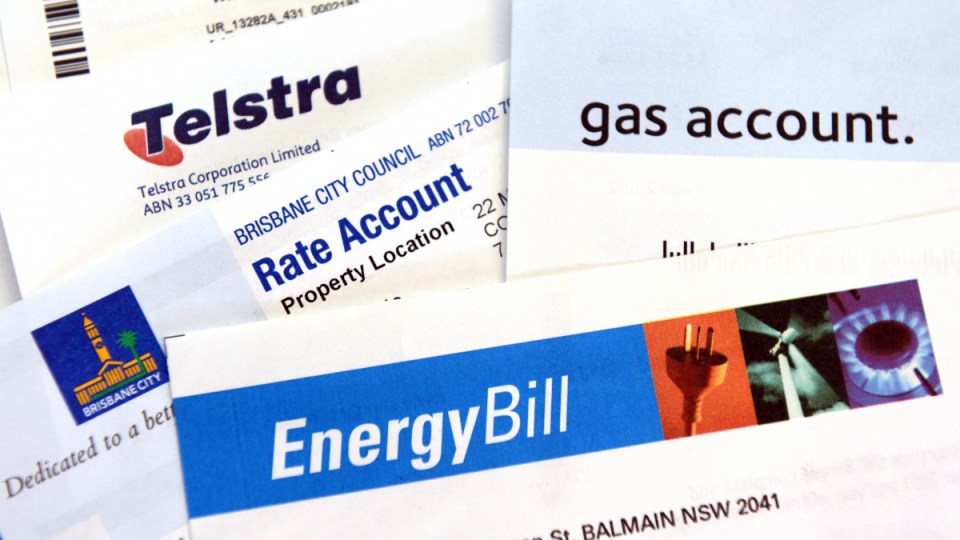 Australia’s gradual shift towards renewable energy will bring down the cost of electricity over the next three years, saving some Australians hundreds of dollars annually.

And it said greater investment in renewables, together with increased supply and regulated network prices, was a significant driver of lower prices.

He told The New Daily it helps to bring down the wholesale cost of energy by making the country’s energy supply more reliable and increasing the overall level of supply.

“The regulators and the government is taking this so-called big stick approach to the energy retailers to say, ‘you must lower bills, and we’ve obviously had the introduction of these default tariffs across the states, to make sure there’s a regulated price cap effectively,” Mr Downes said.

“But the long-term solution is always, how do you bring down wholesale costs?”

The main problem consumers have faced in recent years is that supply has struggled to meet demand, Mr Downes said.

“But obviously what this report is suggesting is that things are going to improve, so that’s great news.”

Consumers should brace for a financial hit first, though. Power bills in most states are set to peak in 2019/2020 before coming down.

Southeast Queenslanders are expected to experience the sharpest drop, with noticeable savings of up to $278 a year, the AEMC estimates.

However Western Australians will experience a bill hike of $102 by 2022, mainly due to increased gas costs. 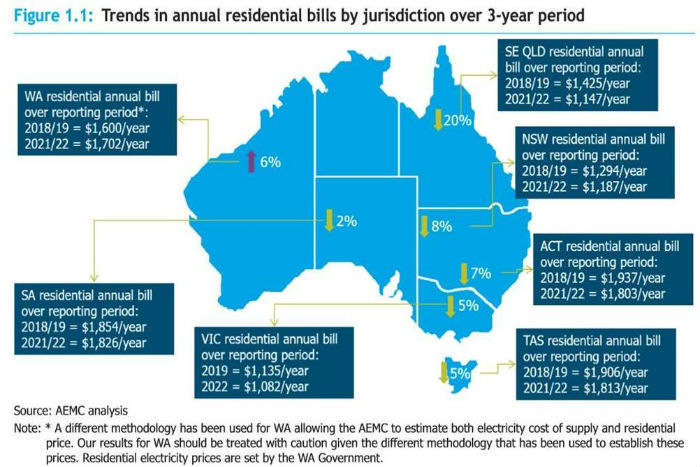 The Northern Territory was not included in the report as the NT only recent opened to independent generators and their bilateral contracts with retailers were made in commercial confidence.

The turnaround after years of soaring electricity costs will be driven by more investment in renewable energy such as batteries, wind and solar.

“While the overall national trend is down all across the supply chain there are regional differences across states and territories that will affect price outcomes,” AEMC Chairman John Pierce said.

“Overall, a representative consumer will pay around $97 less than today by June 2022.”

The AEMC report looks at the combined price of electricity generation, transmission and distribution as well as government policy schemes to estimate the cost of the total kilowatt consumption in a year.

Wholesale costs are the main driver of this decrease because of significant increases in generation capacity, particularly wind farms, the report says.

“These results for FY19 to FY22 point to the state of the market over this specific period, which will see significant injection of around 5,000 MW of new supply,” Mr Pierce said.

Another main player on the fall in prices will be the environmental cost, estimated to fall by an annual average of almost a nine per cent.

The report points out subsidies like the 20 per cent renewable energy target winding down as reasons for this decrease in green scheme costs.

Data estimates from the AEMC also shows 6pm to 8pm is still the most expensive time to use electricity in NSW, Queensland, Victoria and South Australia.

As “no two households use energy in the same way”, AEMC encourages users to shop around to get the best deal for their circumstances through government comparison sites.