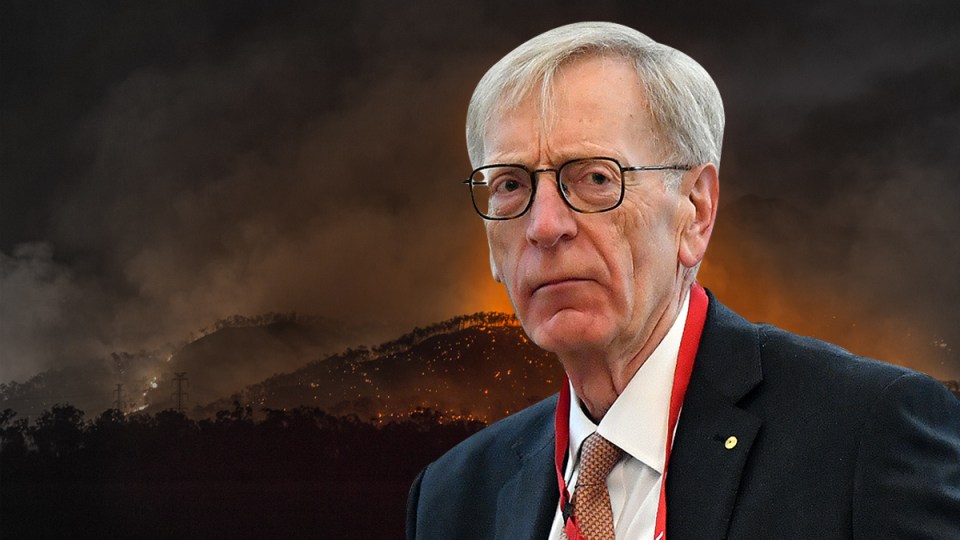 The Morrison government has come under attack for its inaction on climate change, after former royal commissioner Kenneth Hayne blamed political “short-termism” for stifling Australia’s response to the crisis.

In a private address to think tank the Centre for Policy Development, Mr Hayne said rhetoric painting Australia as helpless in the fight against climate change was discouraging business leaders from fulfilling their legal obligation to reduce emissions.

Mr Hewson told The New Daily the Morrison government’s response to climate change was akin to “burying its head in the sand”.

His criticism comes amid apparent divising in the Labor Party over its stance on fossil fuels, after leader Anthony Albanese said he didn’t see a contradiction between supporting coal exports and “having a strong climate change policy”.

Mr Albanese argued that reducing coal exports would not cut global emissions, as other countries would simply get their fuel from elsewhere if Australia cut back supply.

That drew criticism including from the University of New South Wales whose academics said research had shown Australia is the world’s second largest per capita emitter – so dropping exports would make a difference.

Mr Hewson told The New Daily the Prime Minister’s inaction on climate change action was not only against the science but also against the needs and desires of businesses.

“We’ve had serious statements in Australia by APRA, by Geoff Summerhayes, by ASIC, and by the Reserve Bank. They’re all now, as regulators, looking at this,” Mr Hewson said.

“The only one with a tin ear around the place is the government, and probably the Future Fund.

“[Prime Minister Scott] Morrison’s got a particular prejudice – and it is a prejudice. It’s not based on analysis or science – he has a prejudice in favour of coal and fossil fuels, and is against any transition to a low-carbon future.”

That the Prime Minister thinks his pro-coal stance won him the federal election is also contributing to his lack of climate action, Mr Hewson said.

“If it isn’t a national security issue, what is? The national government has to provide leadership,” he said.

“We do have to come together and recognise that this situation with fires is going to become worse.”

After stepping down from politics, Mr Hewson temporarily acted as chairman of the Asset Owners Disclosure Project – an initiative that surveys, rates and ranks investors’ exposure to climate change.

The project’s most recent global index, from 2017, found a majority of the world’s 500 biggest investors are taking action to protect their portfolios from climate risk.

While acknowledging the private sector still had a long way to go, Mr Hewson said this showed “the world has moved [while] the government hasn’t”.

“They’re just doing some ‘innovative accounting’ to say we’re going to meet our Paris agreements ‘in a canter’,” he said.

“The government is really exposed on this issue. They’ve got bushfires and drought and they don’t want to talk about climate. They’re looking pretty ridiculous right now.”

Mr Hayne said the government has relied on two key arguments to justify its inaction on climate change.

The first says that Australia is too small a polluter to have an effect on global emission levels; the second, that doing something now would lead to job losses and be bad for the economy.

Mr Hayne said these debates should not distract from what is clear: “that directors have a duty to respond to climate‑related risks and that the continuing work of [Task Force on Climate‑related Financial Disclosures] shows directors what they should do”.

Australian Futures Project executive director Ralph Ashton said “there is no excuse for short-termism” among Australia’s business leaders and politicians.

He told The New Daily business leaders should use the significant data at their disposal to identify and enable solutions to Australia’s biggest problems.

“If politicians won’t lead, other leaders must step up even more,” Mr Ashton said.

“Political parties and governments of all persuasions in Australia have squabbled over climate change – as much internally as with each other – because they have failed to update their own ideologies for the challenges and opportunities of the 21st century.

“It’s time for citizens and leaders across all sectors to demand better.”

Correction: John Hewson is a former chairman of the Asset Owners Disclosure Project. An earlier version incorrectly stated that he is the current chairman of the project.