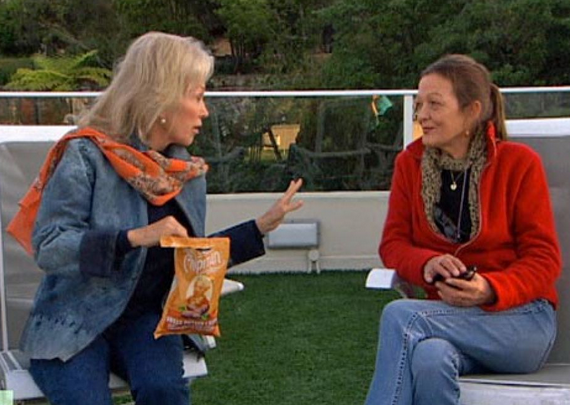 Bob Hawke’s daughter, Rosslyn Dillon, has demanded his widow, Blanche  d’Alpuget, pay her $4.2 million in cash for dental implants, a house in Sydney’s eastern suburbs and $4000 for linen and towels in her legal claim against his estate.

Her 25-page affidavit, obtained by The New Daily, paints a picture of a woman who has struggled for years with depression, anxiety, post-traumatic stress disorder and agoraphobia and now finds herself reliant on welfare despite the fact her father sold the family home shortly before his death for $14 million.

The New Daily revealed on Saturday night the affidavit also includes explosive and shocking claims that she was raped by a Labor MP and her father told her not to go to police because he was preparing to challenge Bill Hayden for the leadership.

Her sister, Sue Pieters-Hawke, confirms she confided to her about the rape allegation at the time.

Under her father’s will the entire estate was awarded to Ms d’Alpuget, but each child secures $750,000.

But Ms Dillon raises concern that this lump sum is not enough to purchase a house in Sydney and will simply reduce her pension. She has also asked for $30,000 from the estate to pay for dental implants.

“I have no teeth of my own in my mouth,” she said.

“I had them all removed around five years ago at a cost of $8,000. I do have dentures, however they are uncomfortable and cause me pain. I cannot afford to have them replaced.”

Ms d’Alpuget recently dismissed her stepdaughter’s legal claim as being a product of sadness over her father’s death.

Ms Dillon does not have access to a computer or a laptop, or the internet and asks as part of her claim that she be able to have a sewing machine because she enjoys sewing.

The list of claims, outlined in documents lodged with the NSW Supreme Court, reveals she survives on welfare, but the amount she receives is less than the weekly rent her son helps to pay for her one-bedroom flat.

“I receive the government support pension. It is my only income,” her affidavit states.

“My current gross monthly income is $1852.40. I struggle to meet my necessary day-to-day living expenses and live from fortnight to fortnight. The rent on my apartment is $500 a week. My son David pays the rent. He is on the lease as I am unable to secure or meet the cost of accommodation on my income.”

She describes the small apartment where she lives in Sydney as in poor repair and cockroach-infested.

Ms Dillon requests a sum of $2.5 million to purchase a home in Sydney’s eastern suburbs where she can welcome her sons and grandchildren.

The documents include photographs of her current flat.

What Bob Hawke’s daughter wants from her late father’s estate, and why