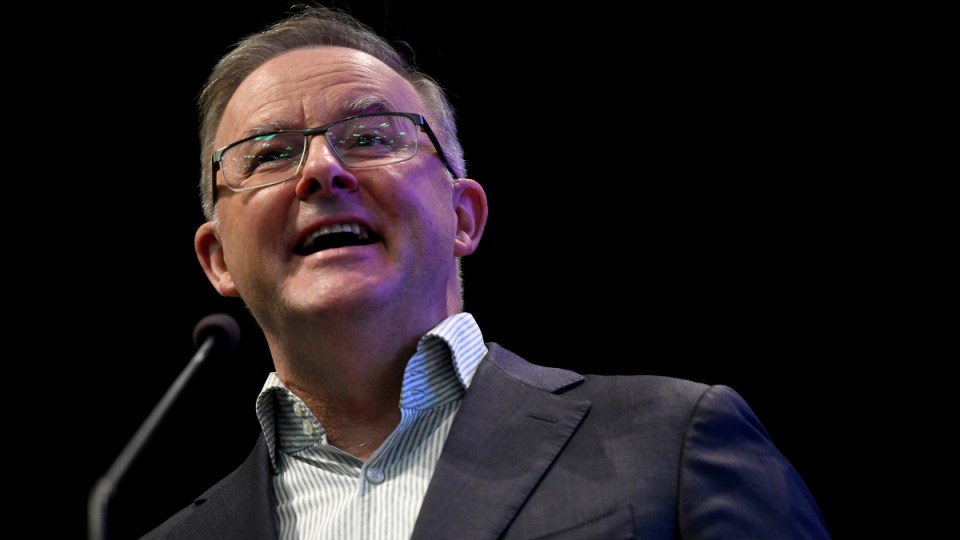 Opposition Leader Anthony Albanese at the "Towards 2022: Ideas for Labor and Australia" in Sydney on Saturday. Photo: AAP

Anthony Albanese has called for parliament to debate any decision to go to war, as part of a broader plan to improve trust in Australia’s democracy.

In his third major speech since assuming the leadership, Mr Albanese set out a plan to restore integrity and accountability while improving the tone of debate.

He pledged to work with media companies and journalists to enshrine in law changes to protect press freedom.

Mr Albanese said parliament “at the very least” should debate any cabinet decision to go to war – something coalition governments have been reluctant to do.

“We can’t ask people to put their lives on the line if we as legislators are too afraid to put our arguments on the line. If democracy has real meaning, it is in moments like this,” Mr Albanese told the Towards 2022 forum in Sydney on Saturday.

“In a world that’s being revolutionised by science and technology, and threatened by a changing climate, what sort of country treats its scientists, educators and firefighters like enemies of the people?” he said.

“The answer is: one that will have fewer jobs, a lower standard of living and a more dangerous environment in the decades to come.”

Scott Morrison's vision is a culture of fear, censorship and denial.

Mine is an open and confident society where decisions are guided by facts – and everyone's voices can be heard.

Having taken an electoral hit in Queensland over Labor’s confusing stance on the coal industry, Mr Albanese said those who advocate change need to understand the viewpoints of “those who will feel insecure by that change”.

He said Labor stood with media companies in their united campaign to strengthen press freedom.

He said constitutional reform to give indigenous people a voice to parliament was a bigger priority than making Australia a republic.

As well, a national integrity commission – with the powers of a standing royal commission – was needed to “root out corruption in the federal sphere”.

The opposition leader received a standing ovation from the party faithful and senior Labor figures.